I'm writing this during the ongoing Covid-19 crisis. It's a strange time to be writing about eco horror, but the work still needs to be done, and with 3 billion people around the globe in some sort of lockdown, we need books more than ever before. My new novel Eden is released April 7th in the USA on ebook and paperback (from online retailers only, for now), and May 25th in the UK. My publishers are calling it an eco horror thriller, and I'm very happy with that description. When I set out to write a novel I'm never too concerned about which 'genre' it might fall into, but Eden definitely arose partly from my love of nature, and my fear over what we've been doing to our world.

Because sometimes, the world bites back.

As a nature lover (and a fan of endurance sports, another rich vein that runs through the novel), there's a deep history of eco horror novels and movies that might have subconsciously influenced and inspired me during my writing of Eden. I've listed a few here that have made a real impression upon me over the years.

The Death of Grass –– John Christopher, 1956 (publishing in the US as No Blade of Grass)

This is a brutal, shocking novel. Following a virus spreading around much of the globe and killing all manner of grasses and grass crops, a terrible famine ensues. The book follows a small group of people crossing an England quickly falling into anarchy, trying to reach a potentially safe place. The moral decisions they take, the acts they commit to survive, might shock readers, but the author gets deep into the main characters' psyches, and terrible choices are balanced against the instinct for survival.

Terrifying. It's 2025, and the world is choking from rampant overpopulation and pollution. I haven't read this book in a while, but I remember its cool yet compassionate documentary style, and I think reading again might feel like it's a factual account of where we are right now. The two authors also collaborated on Warday, a brilliant post-nuclear war novel.

This book (and the film adaptation is also painfully brilliant) might be the most hard-hitting novel of the apocalypse I've ever read. It offers no real explanation about what has happened to the world, and very little in the way of hope, but following the Man and the Boy on their journey towards the coast makes for a compelling, emotional read. Not knowing what caused the end of the world brings you close in to the characters––if they don't know, why should we?––and the pervading sense of hopelessness and doom is shattering. I read this the same week as Johnny Got His Gun by Dalton Trumbo. That week was laugh-a-minute!

A series of unexplained deaths and tragedies occur across the British countryside during wartime. This short novel is filled with paranoia and fear, and ultimately a sense of the fantastical, when it's realised that animals are responsible for these attacks. The implication is that humankind has been knocked off its pedestal by its crimes during the Great War, and nature is once again superior.

I should also mention the prolific and terrific J. G. Ballard, who wrote several novels concerning weird and scary environmental and eco tragedies, including The Drowned World, The Crystal World, and The Wind from Nowhere.

Some of John Wyndham's novels could also be read as eco-horror, especially the legendary Day of the Triffids, when giant carnivorous plants set about taking over the world after most of the population is blinded by a supposed meteor shower. The name Triffid has entered common parlance, and the novel has been filmed and dramatised many times.

And that's just books! There are plenty of movies that have probably inveigled their way into my imagination as well. The Birds (Hitchcock's classic), An Inconvenient Truth (truly a horror movie), and all manner of giant monster movies, where sometimes the cause is natural, sometimes science or The Bad Guy.

And yet... in many of these books and films, I'm not so sure that nature is the bad guy. Isn't it true that humans are the antagonists, and have been for decades, and nature is simply trying to find its way through? I'll leave you with that thought, fellow humans.

To learn more about Eden, visit Titan Books and Amazon.

Synopsis: "Earth’s rising oceans contain enormous islands of refuse, the Amazon rainforest is all-but destroyed, and countless species edge towards extinction. Humanity’s last hope to save the planet lies with The Virgin Zones, thirteen vast areas of land off-limits to people and given back to nature.

Dylan leads a clandestine team of adventure racers, including his daughter Jenn, into Eden, the oldest of the Zones. Jenn carries a secret––Kat, Dylan’s wife who abandoned them both years ago, has entered Eden ahead of them. Jenn is determined to find her mother, but neither she nor the rest of their tight-knit team are prepared for what confronts them. Nature has returned to Eden in an elemental, primeval way. And here, nature is no longer humanity’s friend." 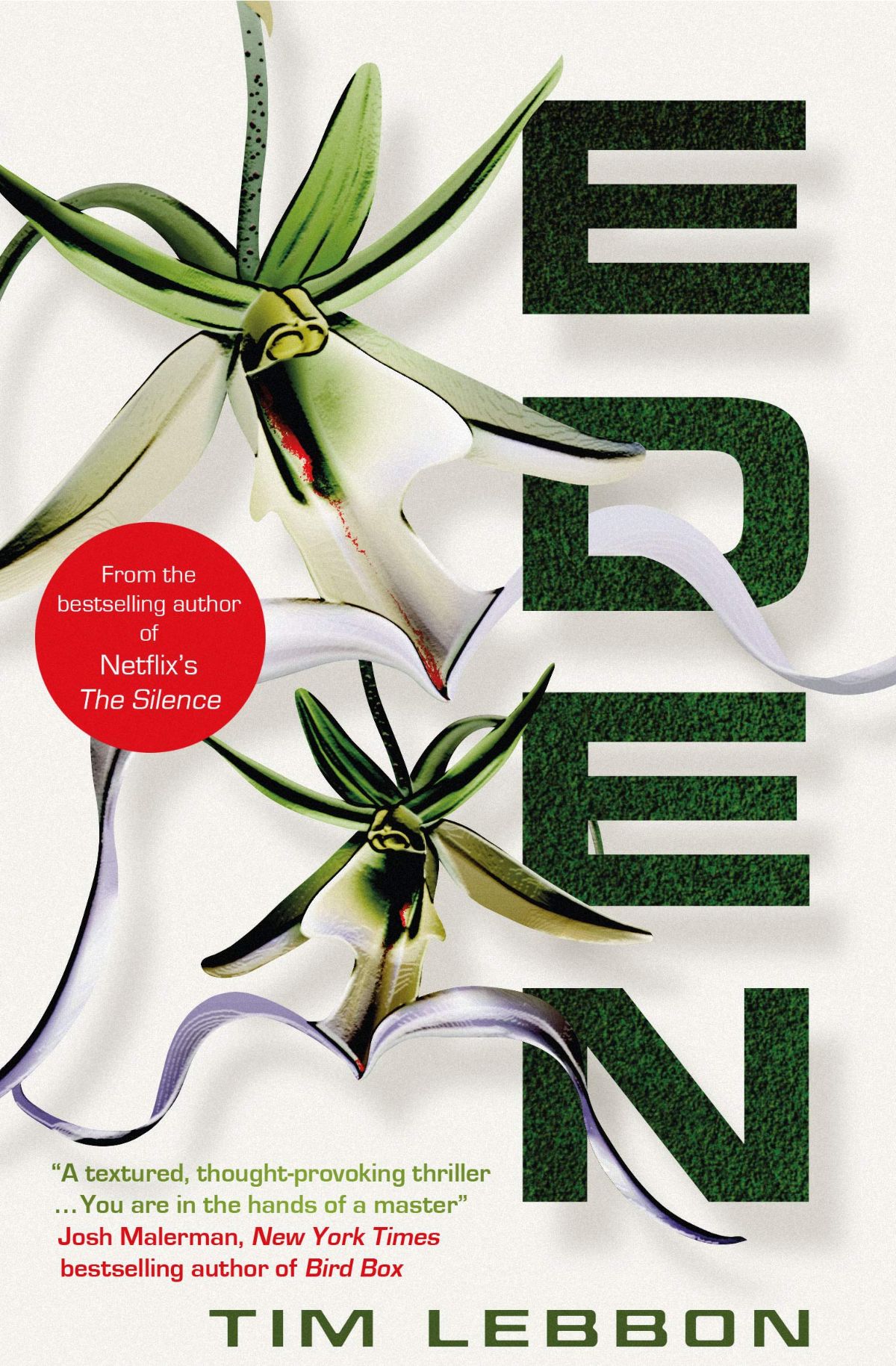