DEAD & BEAUTIFUL: "...Shudder, AMC Networks’ premium streaming service for horror, thriller and the supernatural, has announced that psychological thriller Dead & Beautiful will premiere on Thursday, November 4 in North America, the United Kingdom, Ireland, Australia and New Zealand. The film, which is written and directed by David Verbeek, is also set to play at Fantastic Fest in Austin, TX on Saturday, September 25.

In Dead & Beautiful, five rich, spoiled Asian twenty-somethings (Gijs Blom, Aviis Zhong, Yen Tsao, Philip Juan, Anechka Marchenko) are suffering from upper class ennui, unsure how to spend their days when so little is expected from them. In search of excitement, the five friends form the “Circle,” a group where they take turns designing a unique, extravagant experience for the others. But things go wrong when the privileged urbanites awaken after a night out, to find they have developed vampire fangs and an unquenchable thirst for flesh, blood, and adventure at any price.

Dead & Beautiful is produced by Erik Glijnis (Pleasure) and Leontine Petit (The Lobster) of Lemming Film, in co-production with House on Fire International, Nukleus Film, and Woods of Light Film. Indie Sales is handling international sales. The film is written and directed by David Verbeek (R U There). "

HALLOWEEN KILLS "Face The Shape" Contest: "Enter for your chance to win a trip for two to Los Angeles to be “killed” by Michael Myers (aka The Shape) on the set of your own Hollywood production. To be the lucky victim, record a video explaining why you are the biggest fan of the franchise and include your best horror scream.

The contest will end on 9/26 at 11:59pm and the winner will be notified on 9/27. The shoot will take place on 10/5 in Los Angeles. A social graphic promoting the contest is attached for you to share with your fans and the full set of rules can be found here." 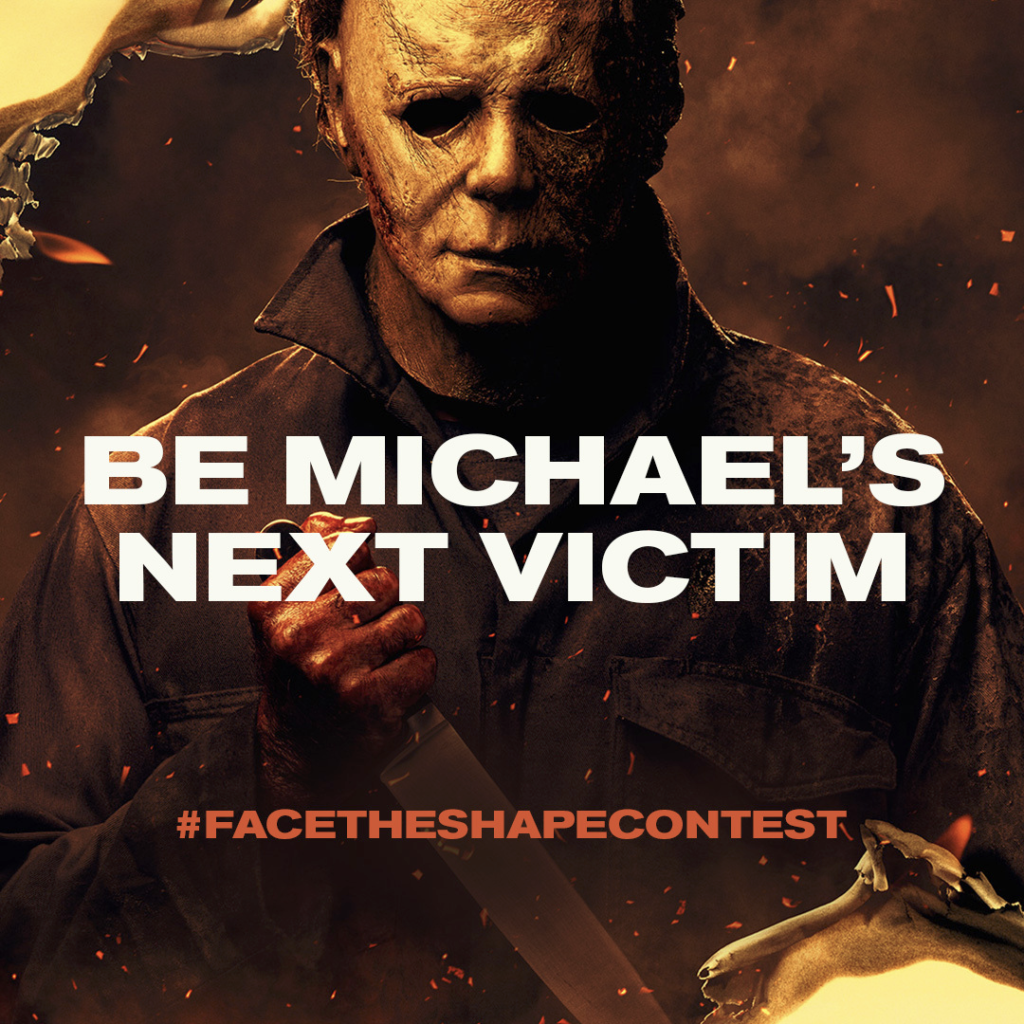 MASKING THRESHOLD: "Conducting a series of experiments in his makeshift home-lab, a skeptic IT worker tries to cure his harrowing hearing impairment. But where will his research lead him? Masking Threshold combines a chamber play, a scientific procedural, an unpacking video, and a DIY YouTube channel while suggesting endless vistas of existential pain and decay. Glimpse the world of the nameless protagonist in this eldritch tale, which is by no means for the faint of heart."

MASKING THRESHOLD, from Austrian filmmaker Johannes Grenzfurthner, will have its world premiere at Fantastic Fest at 6:00 pm CST on Saturday, September 25th.

TERROR ON TUBI: "Tubi, FOX Entertainment’s free streaming service, announced today “Terror on Tubi,” it's scary good streaming Halloween celebration, which kicks off this October. All month long, Tubi will offer thousands of hours of scares from streaming's biggest free Halloween movie collection, with more than 5,000 horror and paranormal titles from which to choose. As part of “Terror on Tubi,” the streaming service is premiering four Tubi Originals: MEET, MARRY, MURDER; HARLAND MANOR; and the FOX Alternative Entertainment-produced FAMOUSLY HAUNTED: AMITYVILLE and CELEBRITY EXORCISM; as well as a plethora of haunting and heart-pounding films for horror and paranormal enthusiasts.

As previously announced, Tubi is kicking off its original programming this fall and will debut 140+ hours of all-new content, including original programming from FOX Alternative Entertainment (FAE). Throughout October, Tubi will feature an array of frightening content, ranging from paranormal series to horror films and true crime series, including MEET, MARRY, MURDER, hosted by Michelle Trachtenberg (October 6), FAMOUSLY HAUNTED: AMITYVILLE (October 15), CELEBRITY EXORCISM (October 22) and horror film HARLAND MANOR (October 29). All of the “Terror on Tubi” offerings are available for free on the platform.

“We’re thrilled to be premiering our first FAE Tubi original titles on the platform with the inaugural ‘Terror on Tubi’ celebration,” said Rob Wade, FOX Entertainment’s President of Alternative Entertainment and Specials. “We look forward to continuing to bring original content that not only draws in new audiences with the bold programming that has long been synonymous with FOX, but that also reflects the genres and entertainment Tubi’s streaming audiences love most.”

Tubi has more than 35,000 movies and television series from more than 250 content partners, including every major studio, in addition to the largest live local and national news channels. The platform gives fans of entertainment, news and sports an easy way to discover new content that is available completely free.