After taking viewers on a walk down the macabre memory lane of ’80s horror cinema with the documentary In Search of Darkness (coming to Shudder later this year), CreatorVC is now giving fans of ’80s sci-fi a similar experience to look forward to with the new documentary In Search of Tomorrow. Featuring interviews with more than 40 (and counting) notable actors, directors, writers, special effects artists, and composers who helped bring iconic ’80s sci-fi films to life (including Nancy Allen, Tim Thomerson, Alex Winter, and Wil Wheaton) In Search of Tomorrow has launched its official Kickstarter campaign.

Running until midnight PST on May 17th, the Kickstarter campaign for In Search of Tomorrow includes seven support platforms, and not only allows sci-fi fans to support the documentary, but also become a part of its immersive celebration of ’80s sci-fi cinema, including a Discord community that will allow supporters to participate in watch parties and Q&As with special guests from the documentary.

You can watch the video for In Search of Tomorrow below, and if you'd like to help support this ’80s sci-fi documentary, be sure to visit the film's official Kickstarter page!

Press Release: LOS ANGELES, CA, April 21 — CreatorVC announces the fundraising launch of its new documentary about ‘80s sci-fi films, In Search of Tomorrow. Coinciding with this initiative will be the introduction of an unprecedented, fan-driven online interactive community.

In Search of Tomorrow’s Kickstarter fundraising campaign will begin on April 21. Ahead of that launch, CreatorVC is seeking passionate sci-fi and genre fans to join its new experiential social community on Discord – offering live Q&As, group-watch events, a crowdsourcing of ideas and, most importantly, relationship-building. The goal is to deliver a truly unique approach to the filmmaking process in which fans are driving the conversation, and hopefully bring people together at a time where online communication is as vital as ever.

In Search of Tomorrow will be an extensive, nostalgic journey through '80s sci-fi films – exploring their impact year-by-year and their relevance today – told by the iconic artists who made them and by those who were inspired to turn their visions into reality. Pre-production is currently underway, following on the strength of CreatorVC’s successful crowdfunding campaign and release of the ‘80s horror documentary In Search of Darkness, one of the most successful indie docs in history which will receive an exclusive streaming release via Shudder later in 2020.

The growing cast of talent will ultimately feature exclusive interviews with more than 50 icons, artists, experts and influencers. (View the In Search of Tomorrow trailer.)

Running parallel to the production of the documentary, the In Search of Tomorrow Discord community is inspired by the campaign, launch and post-launch activities for In Search of Darkness, which provoked an immensely rewarding response from fans and backers – many of whom immediately congregated into fan groups and have enjoyed repeat viewings of the film. In Search ofTomorrow aims to build on this, making our enthusiastic fan collective a unique part of CreatorVC’s identity moving forward.

A few words on IN SEARCH OF TOMORROW from director David Weiner:

“IN SEARCH OF TOMORROW will take viewers on a year-by-year deep dive into the many awe-inspiring worlds of ‘80s Sci-Fi movies, from the alien landscapes of distant planets to the unexpected secrets of our own terra firma to the dystopian visions of near and far future. An entertaining study of ‘80s genre filmmaking, IN SEARCH OF TOMORROW will tap into that childlike wonder that we all felt while first watching these movies, how we all felt deep inside, all the while deconstructing and recontextualizing their impact for today’s audiences.”

“This is the evolution of fandom, the rising up of fans to celebrate the work that has impacted their lives. What we’re trying to do is to bring people together who have a shared interest, to bring some comfort back in a time when the world’s gone crazy. A major goal of IN SEARCH OF TOMORROW is to take people back to their childhood cinema experience and to re-examine and understand it in brand new ways. The community we are building in advance of our fundraising campaign is a place of safety, where opinions are welcomed and love of the genre is paramount.”

About CreatorVC: We are an independent producer of community-powered entertainment: long-form factual content that is funded, inspired, and shaped by a dedicated community of fans.

Our projects include the ‘critically acclaimed’ documentaries In Search of the Last Action Heroes and In Search of Darkness and the upcoming In Search of Tomorrow. For more information, please visit www.80scifidoc.com. 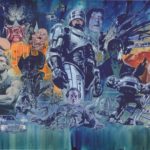 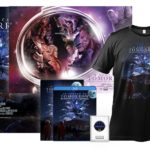 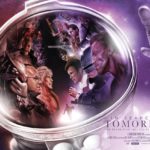 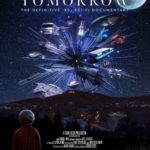