In his new comic book series Count Crowley: Reluctant Midnight Monster Hunter, a TV journalist turned local TV horror host discovers that her newfound duties include fighting actual creatures, so it's fitting that prolific a (Twin Peaks, The Dark Knight, Blade Runner 2049) will host a virtual panel of horror hosts from around the US on YouTube Live on Sunday, July 5th, followed by a “Creature Feature Quarantine Watch Party” live tweet of the classic Boris Karloff film The Old Dark House (which is now streaming on Shudder).

We have the official details and trailer for Dastmalchian's Horror Host Live (Dead) Stream Panel below, and to learn more about Count Crowley, visit Dark Horse Comics' website and read our previous Q&A with Dastmalchian!

A first-of-its-kind virtual gathering of Horror Hosts from around the US is taking place this Sunday! Discussing Horror Host History, love of hosting and engaging with fans around the world will be David Dastmalchian (as Dr. Fearless), Ormon Grimsby.

Marlena Midnite, Professor Griffin and several special surprise appearances from the world of late night horror. The 30-minute panel will be directly followed by a “Creature Feature Quarantine Watch Party” where all are welcome to Live Tweet along to the Boris Karloff Classic!

The event is FREE and will be broadcast on the COUNT CROWLEY Youtube Channel.

“I grew up sneaking downstairs to watch the legendary Crematia Mortem’s Creature Feature and have been hooked on Horror Hosts ever since. Creating Count Crowley, getting to know legends like Svengoolie and now hosting this special evening celebrating hosts and our collective love for Horror Host culture has filled my cold, dead heart with MONSTROUS joy.” - David Dastmalchian" 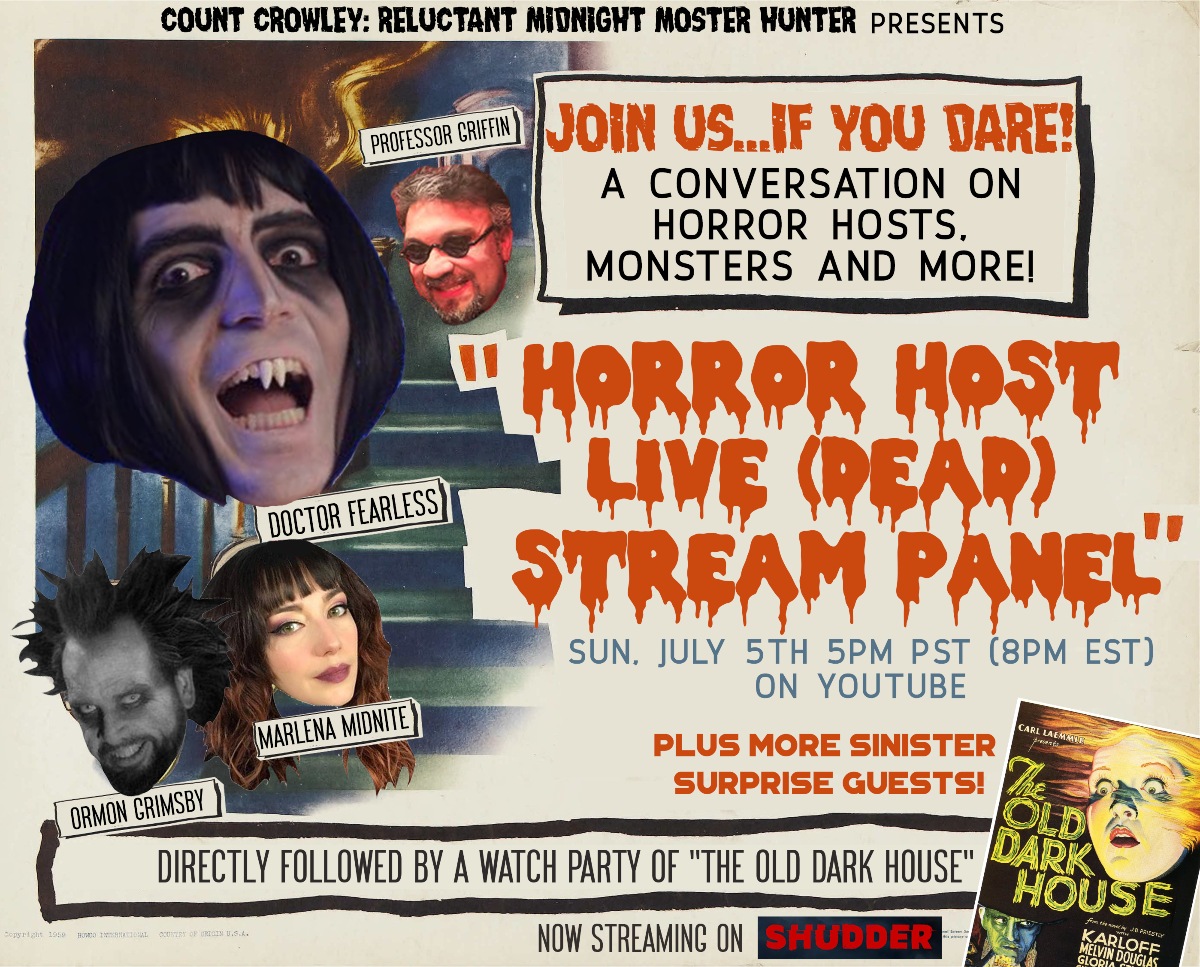