In her 4.5-star Telluride Horror Show review, Christina Bergling wrote that "psychological horror almost always wins with me, but 1BR in particular gets it so right." Following its run on the festival circuit, 1BR is coming out soon from Dark Sky Films, and we've been welcomed to the film's nightmarish neighborhood with the movie's official trailer and poster.

The film was produced by Alok Mishra and Shane Vorster (of Malevolent Films), Allard Cantor and Jarrod Murray (of Epicenter), and Nic Izzi and Sam Sandweiss, with Peter Phok and David Marmor on board as executive producers.

While the film's theatrical release date may be canceled due to the coronavirus, 1BR will still be released on digital on April 24th.

Synopsis: "After leaving behind a painful past to follow her dreams, Sarah scores the perfect Hollywood apartment. But something is not right. Unable to sleep, tormented by strange noises and threatening notes, her new life quickly starts to unravel. By the time she learns the horrifying truth, it's too late. Caught in a waking nightmare, Sarah must find the strength to hold onto her crumbling sanity...or be trapped forever in an existential hell." 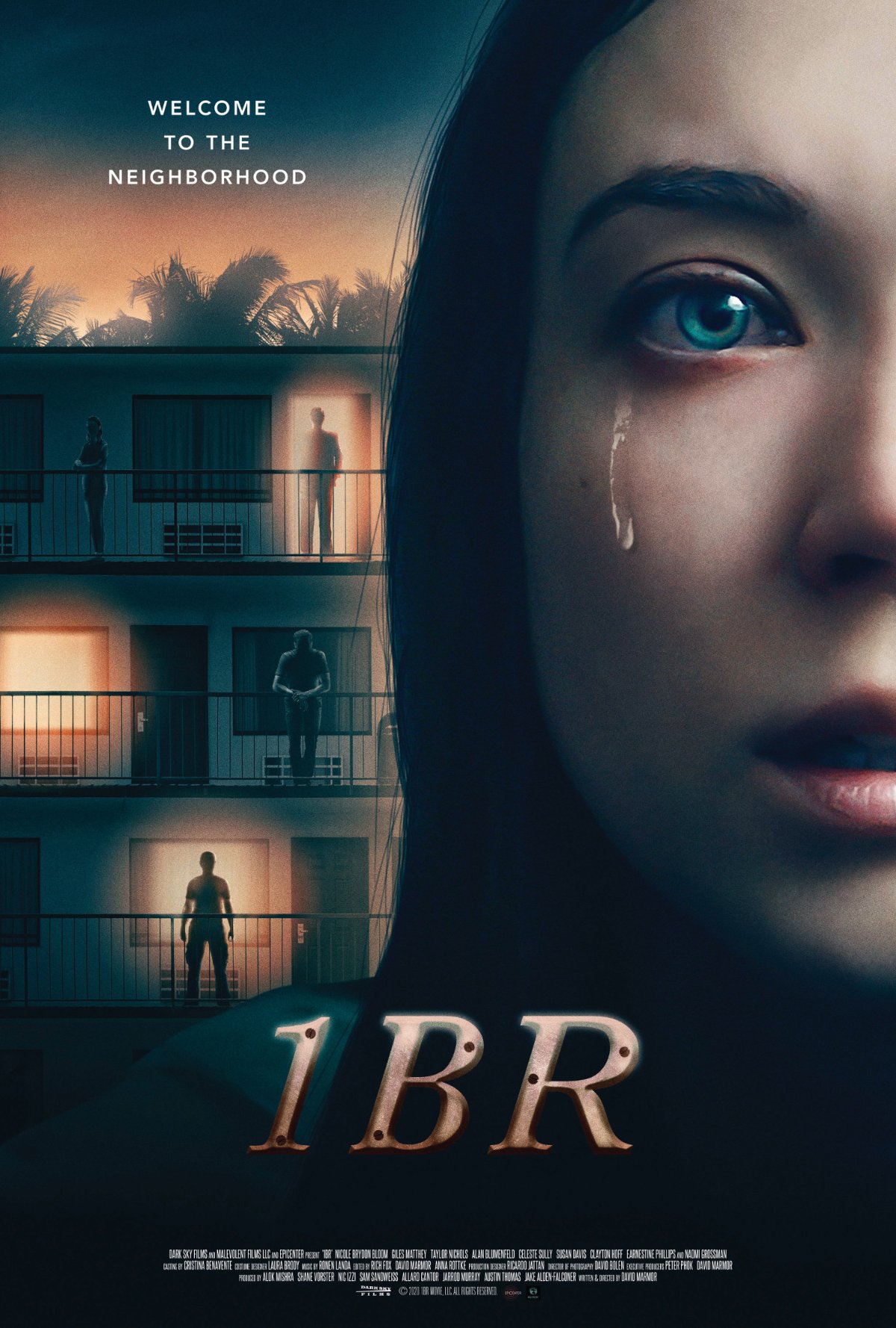