If you're anywhere near Fort Lauderdale, make the trip over to the Mai-Kai restaurant on October 30th, where they'll have a drive-in screening of Beast of Blood and newly designed tiki mugs!

"What better way to celebrate Tiki Culture and Monster Mania this Halloween season then to attend the World-Famous Polynesian Pop Palace, The Mai-Kai Restaurant. in Fort Lauderdale, Florida, for a Drive-In screening of the Tiki Jungle Creature Feature, BEAST OF BLOOD.

True to its roots as a mid-century icon, the historic Mai-Kai restaurant will reanimate its parking lot as a drive-in theater, complete with a screening of BEAST OF BLOOD, the fourth film in the "Blood Island" Monster franchise.  Made in the Philippines in 1970 for the U.S. Drive-In market by Hemisphere Pictures, BEAST OF BLOOD features a lush jungle-island setting with former Rockabilly singer and "Beach Party" star, John Ashley, alongside "Star Trek" alum  and former Elvis Presley co-star, Celeste Yarnall ("Live A Little, Love A Little"), as two Americans who encounter a mad doctor whose experiments with chlorophyll serum have turned a man into an undying, green-blooded zombie beast.   A new chapter in the Blood Island film franchise is currently in development with Drive-In Sanity Films.  A major horror film director is now attached to the project and will be announced at the upcoming American Film Market.

The Mai-Kai's socially-distanced drive-in theater event, complete with a B-movie Tiki Creature Feature, is sure to please anyone seeking a safe but scary "Big Scream" thrill for Halloween.  Vehicles will fill most of the The Mai-Kai's expansive back lot, but parking will be staggered and spaced out to allow for a comfortable viewing experience. The Fort Lauderdale International Film Festival will be providing a 33-foot screen along with staffing and technical assistance that will include streaming the movie's soundtrack) to the FM radio airwaves in one's car.

In addition to the 50th anniversary drive-in screening of BEAST OF BLOOD, Drive-In-Sanity Films, in association with TikiBauer Pottery of California will unleash the first in a series of BEAST OF BLOOD Tiki Mugs at The Mai-Kai Hulaween event on October 30th.   The Beast of Blood Tiki Mug was designed and sculpted by Tiki Fantasy artist Thom "THOR" Thordarson and is actually two mugs in one.

If all this talk about Tiki mugs is making you thirsty, how about a Zombie or a Mai Tai to die for at The Mai-Kai? Better yet, The Mai Kai will be using Hulaween sponsor Appleton Rum to concoct a special, signature cocktail. Are you ready to enter the realm of the chosen, who drink the Mystic Green Potion? Once consumed it is guaranteed that you can never turn into a green-blooded monster.

The Blood Island Green Potion #2 will be served during the month of October at The Mai-Kai. A tart and potent green colored potion featuring Appleton 8 year with a floater of hibiscus-infused red rum. The Mad Doctor Lorca and his Beast of Blood would definitely approve of this reanimating se -rum!

In addition to the Hulaween Drive-In Movie screening of BEAST OF BLOOD, there will be a costume contest, prizes, food and drink specials, plus free BEAST OF BLOOD swizzle sticks, while supplies last during the evening of October 30th at The Mai-Kai.   Event starts at 6:30pm. Movie at 8:00pm. Cost: $30 per vehicle.  Advance reservations required. Buy tickets: Click here to order, get more info.

An extensive menu of food and adult beverages will be available from The Mai-Kai's takeout menu for Hulaween guests. Pre-ordering is suggested to avoid a wait.  Your order will be delivered to your car window when you arrive.  The bar and restaurant will be open as usual, so popping into The Molokai is always an option, especially during happy hour (5-7pm).  There will also be specials announced exclusively for Hulaween guests, including an opportunity to purchase the new Beast of Blood Tiki mugs."

For more information, head over to the official event page at: https://www.maikai.com/uncategorized/hulaween-2020-drive-in-movie-night-on-friday-october-302020-reserve-your-spots-now/ 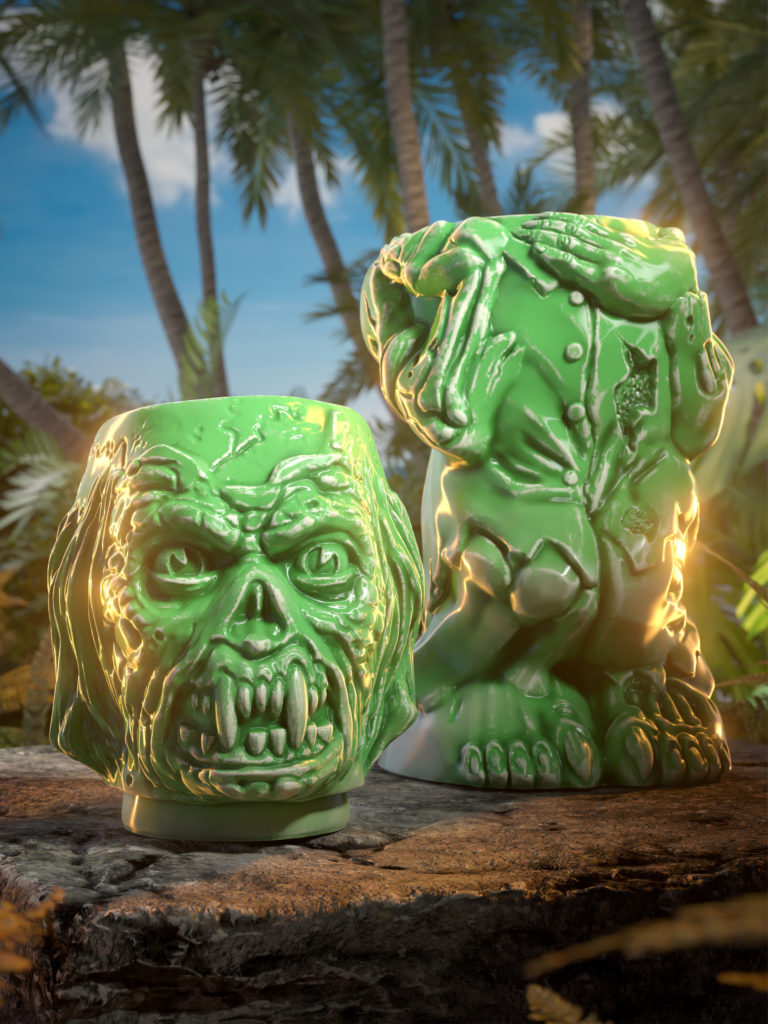 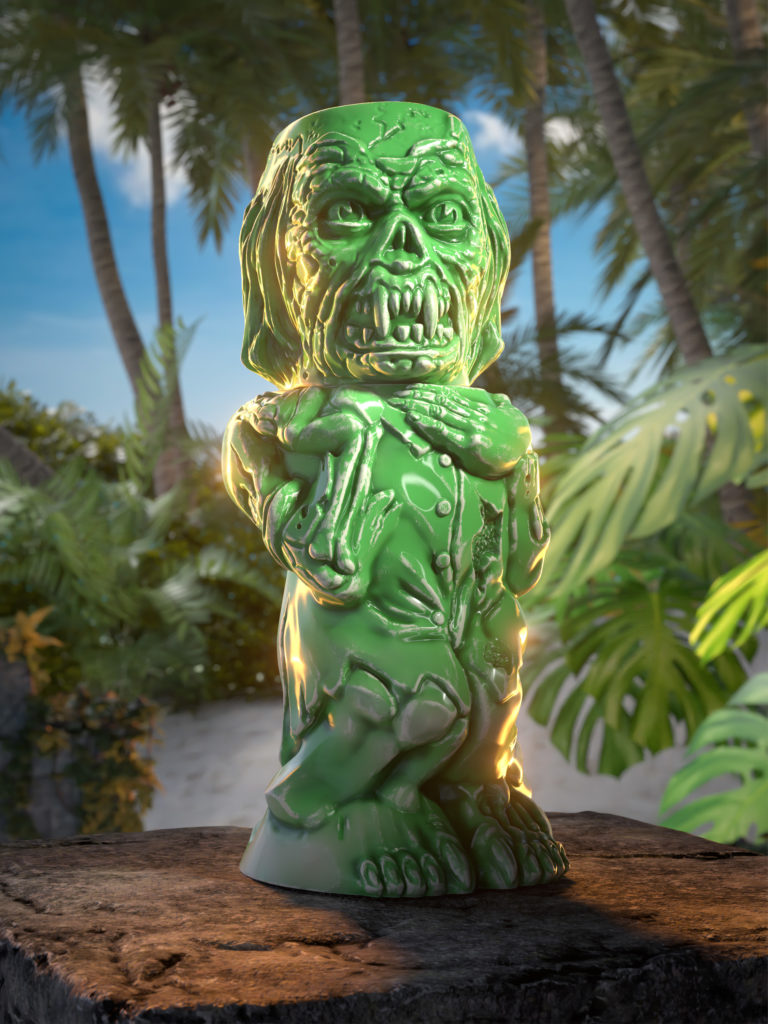