Following its initial release in 2015, the world of the dark fantasy video game Bloodborne continues to expand (oftentimes in eerie fashion) in a comic book series of the same name written by Aleš Kot and illustrated by Piotr Kowalski. Titled The Veil, Torn Asunder, the fourth volume of Bloodborne will be released on February 4th from Titan Comics, and as a special treat for Daily Dead readers, we've been provided with a set of preview pages from the new volume, accompanied by an insightful Q&A with the innovative Kot, who discusses how he got involved with Bloodborne, what makes Piotr the perfect collaborator, and how he keeps up with his prolific writing schedule.

To learn more about Bloodborne: The Veil, Torn Asunder, visit Titan Comics and Amazon, and check out our preview pages and Q&A with Kot below:

Thanks for taking the time to answer questions for us, and congratulations on Bloodborne! How did you initially get involved with this series? Were you approached by Titan Comics or did you pitch the idea to them?

Aleš Kot: Hi, thank you very much! I loved the game and wanted to make the comic. I inquired about the rights, a good friend put me on the right track, I talked with people at Titan and FromSoftware, and we all very much felt on the same page from the beginning.

How did you team up with Piotr Kowalski, and what is it about his artwork style that makes him the perfect fit to bring your story to life?

Aleš Kot: Piotr is an obsessive. He’s committed to the world we’re depicting, he loves horror, he’s good with research, very open to creative solutions, and he’s a solid communicator. But also he’s an obsessive who commits to the page and the story as much as he can, which is something I very much want from a collaborator.

When working with a pre-existing property like Bloodborne, are there creative guidelines and story beats that you have to follow, or do you have a lot of freedom in taking this story and its characters in whichever direction you feel is best?

Aleš Kot: Not really. I understand the world in a way that’s very, very thorough. I think I got about two or three notes so far, all of which were minor in terms of alterations and improved the story in a major way.

Looking ahead, do you have an end in sight for Bloodborne, or are there many more story arcs that you would like to tell in this world?

Ultimately, what do you hope readers take away from your Bloodborne comic book series?

Aleš Kot: Oh, that’s not up to me to decide! I just hope they have a great bad time and come back for more, plus look at my other books, follow me on social media, and sacrifice their first-borns in my name.

In addition to Bloodborne, you also have other comic book projects that you’re working on. How do you balance working on multiple stories at the same time?

Aleš Kot: I’m a Libra. But also, it can be a challenge! I pitched a TV series and then wrapped up a comic book rewrite last night, woke up, rescued a trapped hummingbird from inside a house, had a creative meeting on another TV project, then had to take a nap, now I’m organizing my schedule for the next four months *and* answering your interview while listening to grime and… I’m not going to say the last part! And in about 30 minutes I’m going for a two-mile run. Look, it can be a lot, but I really love what I’m doing. I’ve gone through a few rough years health-wise and I’m just excited to be here, making art for a living. That in itself is incredible fuel.

Do you have any other pre-existing franchises that you’d love to tell original stories in?

Aleš Kot: Sure, but I’m not telling, I’m working on making them happen! Mostly not in comics, though, if the right opportunity presents itself, I’ll roll with it.

What advice would you give to aspiring comic book writers trying to break into the industry?

With the trade paperback Bloodborne: The Veil, Torn Asunder coming out on January 21st from Titan Comics, what other upcoming projects are you excited about, and where can our readers go online to keep up with your work?

Projects I’m excited about… way too many to mention, honestly, but I’ll give you a few: I’m exec producing a movie adaptation of The New World, a comic I created with Tradd Moore, I’m preparing Savior (for AWA) and Lost Soldiers (for Image), two mini-series I’m really excited about. I love writing Devlin Waugh at 2000 AD, and there’s way too many more projects that are in various stages and across different media. Viking horror? Check. More adaptations of my work? Working on it. Completely new work? Coming up. 2020’s just getting started. 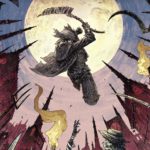 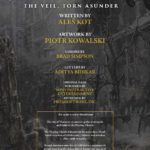 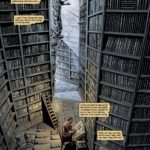 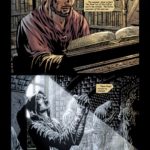 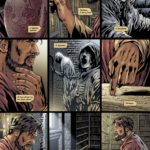 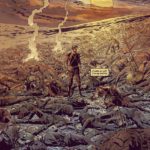 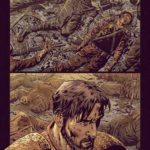 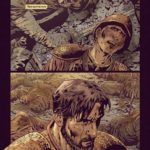 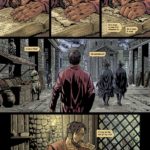 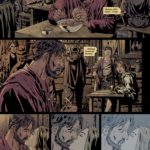 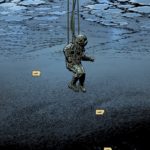 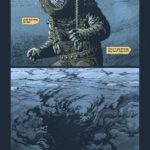