Set in the autumn of 1987 and starring horror genre titans Lin Shaye and Tobin Bell, The Call is coming to Blu-ray and DVD on December 15th via Cinedigm.

We have the full announcement and Blu-ray cover art below, and in case you missed it, check out our recent interview with Tobin Bell.

From the Press Release: LOS ANGELES, CA (December 1, 2020) - Four Friends. One Phone Call. 60 Seconds. Stay Alive. After its successful nationwide theatrical run plus chart-topping premium VOD release, Cinedigm (NASDAQ: CIDM) announces that THE CALL is coming to Blu-ray™ & DVD December 15. Set in the fall of 1987, a group of small-town friends must survive the night in the home of a sinister couple after a tragic accident occurs. Needing only to make a single phone call, the request seems horribly ordinary until they realize that this call could change their life…or end it.

Led by horror icons Lin Shaye (Insidious franchise, Ouija) and Tobin Bell (Saw, Jigsaw), THE CALL has been a hit with both audiences and critics alike with The Digital Journal saying, “Tobin Bell is a revelation” and “Lin Shaye is irresistible.” Strong word of mouth helped THE CALL become one of the top preforming horror films of the season and the buzz is sure to continue when it releases this December on Blu-ray™ and DVD. Special features on both formats include deleted scenes, as well as a behind-the-scenes featurette that takes audiences into the minds of cast and crew and venture deeper into their nightmarish world.

Shaye is best known for her role of Elise Rainier from the worldwide box office hit franchise INSIDIOUS. She’s also starred in a variety of horror films including THE GRUDGE, OUIJA, THE FINAL WISH and Showtime’sPENNY DREADFUL: CITY OF ANGELS. Bell is best known for his role in the SAW franchise playing the terrifying role of John “Jigsaw” Kramer in all 8 movies.

“Pairing Tobin and Lin, or Saw’s Jigsaw and Insidious’ Elise Rainier as they’re known to horror fans around the world, brings so much terror to the screen,” said Emmy® Nominated Director Timothy Woodward Jr. “Their chemistry is undeniable, and the power of their scenes splinters off, creating this dark, macabre world these characters are forced to survive in.”

Official Synopsis: From the creator of Final Destination, Lin Shaye and Tobin Bell star in this terrifying tale of death from the fall of 1987. After a tragic accident, a group of small-town friends must survive the night in the home of a sinister couple. One by one, their worst nightmares quickly become reality as they enter the realm of THE CALL. 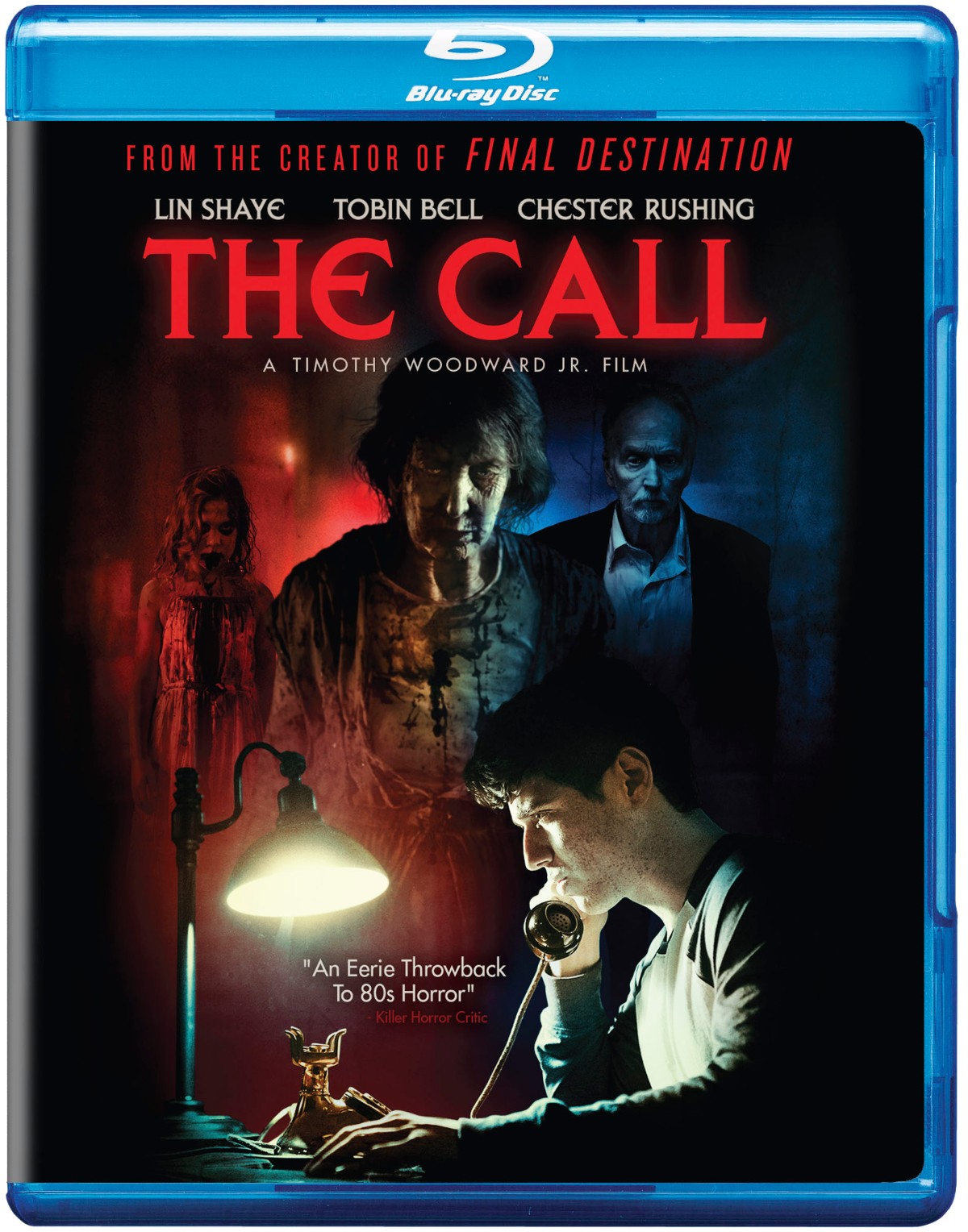