As the U.S. dealt with the debris of another war in the mid-’70s, a faction of people started to look to the stars for guidance. No, I don’t mean God or any other proclaimed deity, but rather astrology, the study of the stars and planets and their relationship to human movement. (In my opinion, it’s a pseudoscience not unlike alchemy, or Herbalife.) It goes without saying that a little cultural reflection was in order, and before long we had not one, but two films entitled The Astrologer. One holds a small bit of cult cache. This is the other one. Leave it to Severin Films, then, to choose to champion the underdog with a fun, new Blu-ray presentation. Severin has their reasons, though: this was the first film by well-regarded action director James Glickenhaus (Shakedown). And who doesn’t want more Glickenhaus in their lives?

Some temperance is in order, however, as The Astrologer is unlike any of his future films in that it has no action. At all. Now, this isn’t false advertising; in this day and age that particular window is quite small, and a quick Google search will lead you to pieces describing the plot in detail. Not unlike Glickenhaus’ script (not credited to anybody, but he adapted it from John Cameron’s novel), which flips the “don’t tell, show” edict right on its ass with a script that is all talking, all exposition, all explanation. If astrology is this complicated, count me out.

This isn’t to say that the film is without merit; it’s fairly slick for a first-time, low-budget release, and it’s obvious that Glickenhaus is talented, as he still makes the film move even in near inertia with a wall of words to work through.

Okay, let’s look at the plot real quick. Apparently the Second Coming of Christ is at hand, as soon as Mary makes an appearance. Here’s where astrology comes in: by studying star patterns based on someone’s date of birth, a leading astrologist working for the government has located this new “Mary.” Meanwhile, a Middle Eastern suicide cult leader is also looking for her in the hopes of bringing about the apocalypse. Will the rebirth of Christ bring about peace or destruction?

The Astrologer has a helluva premise; I’m a sucker for this kind of Bible-babble no matter how ludicrous it may seem. The problem is that it never quite follows through on that promise, instead using dialogue to forward the story where even some cheap thrills would suffice. (Glickenhaus is well aware and agrees that the film is just too talky.) But The Astrologer is interesting enough for fans of ’70s oddities and Glickenhaus to have a look at.

Let’s see what Severin has dug up for special features:

First off, the film looks good thanks to a solid 4K transfer taken from Glickenhaus’ own answer print; the viewers’ eyes will swim in the many hideous fashion choices made in the ‘70s (trust me, I was there). Sign of the Times has the man himself talking about how he started in the business, the making of the film, and how he would have made it much, much different today. Monica Tidwell Remembers is a fun and charming interview with the actress and former Playboy centerfold, in which she recounts where she was in her career at the time and her experiences on set. Tales From the Set is a lively chat between two gents who worked on the film, long before they would go on to Spookies and Igor and the Lunatics. Lastly, we have Fangoria legend Michael Gingold giving a tour of the “futuristic” locations used in the film. (Side bar: Take a drink every time someone says “zodiacal” in the film; actually don’t, as the hospitals are kind of busy at this particular time.) All features are short and sweet, yet paint a pleasant picture of a smooth production.

Glickenhaus will most certainly be remembered for his high-octane thrill rides; The Astrologer, while not completely successful, shows a different side to the filmmaker for those viewers looking to take a chance on some ’70s weirdness. 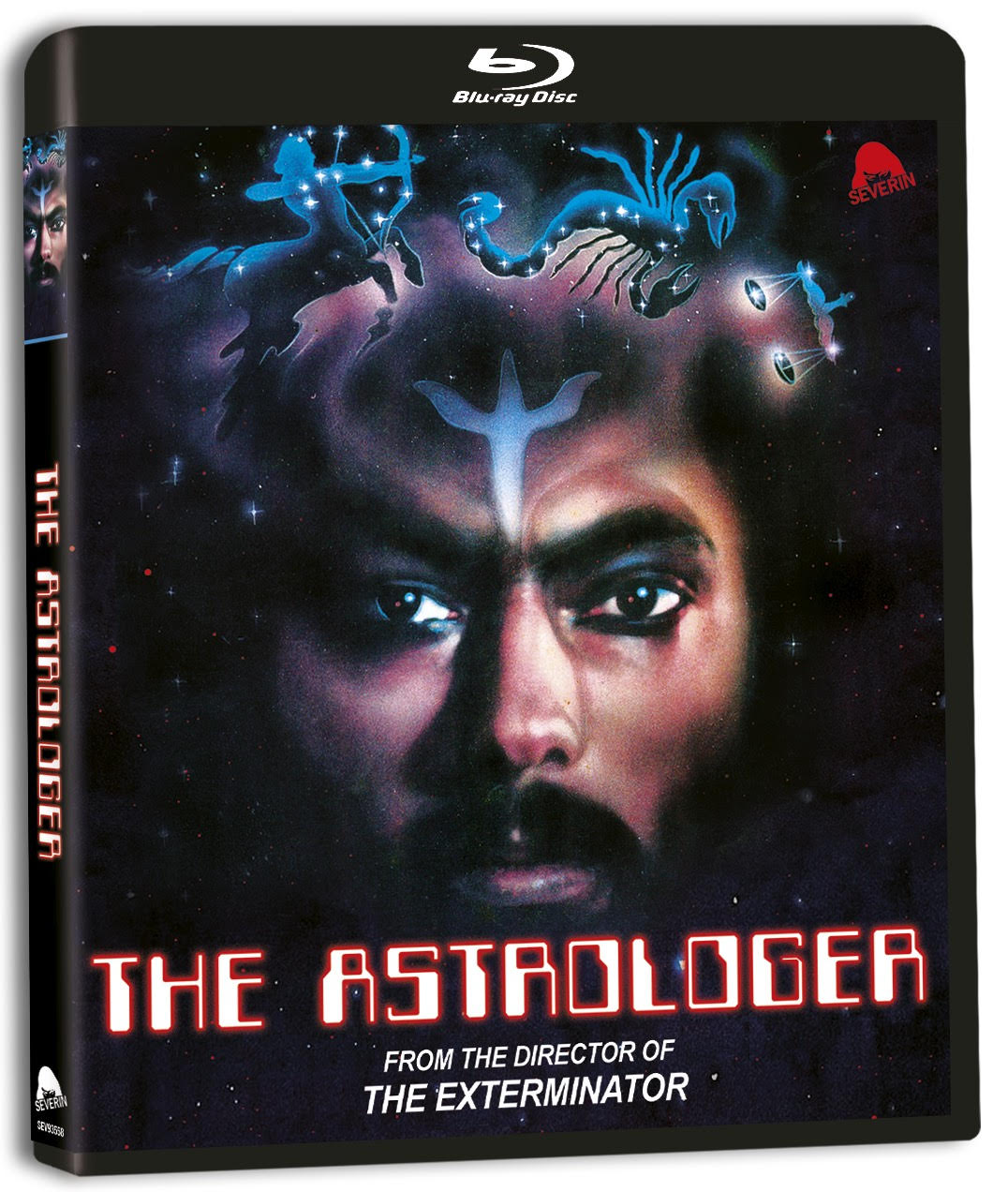