Blue Underground continues to give their catalogue of films the 4K UHD treatment and next up is George A. Romero and Dario Argento's Two Evil Eyes, which is being released on August 24th!

The Masters of Modern Horror -George Romero and Dario Argento - bring you an unprecedented pair of shockers inspired by the tales of Edgar Allan Poe. In Romero's The Facts In The Case Of Mr. Valdemar, a conniving wife (Adrienne Barbeau of THE FOG) and her lover use a hypnotic trance to embezzle a fortune from her dying husband, only to receive some chilling surprises from beyond the grave. Then in Argento's The Black Cat, a deranged crime scene photographer (Harvey Keitelof FROM DUSK TILL DAWN) is driven to brutal acts of madness and murder by his girlfriend's new pet. But will this cunning feline deliver a final sickening twist of its own?
Martin Balsam (PSYCHO), E.G. Marshall (CREEPSHOW), John Amos (THE BEASTMASTER) and Tom Atkins (NIGHT OF THE CREEPS) co-star in this wild horror hit that also features grisly makeup effects by Tom Savini (MANIAC). Blue Underground's acclaimed restoration of TWO EVIL EYES, scanned in 4K 16-bit from the original camera negative, is now presented with Dolby Vision HDR and a new Dolby Atmos audio mix, packed with hours of Extras! 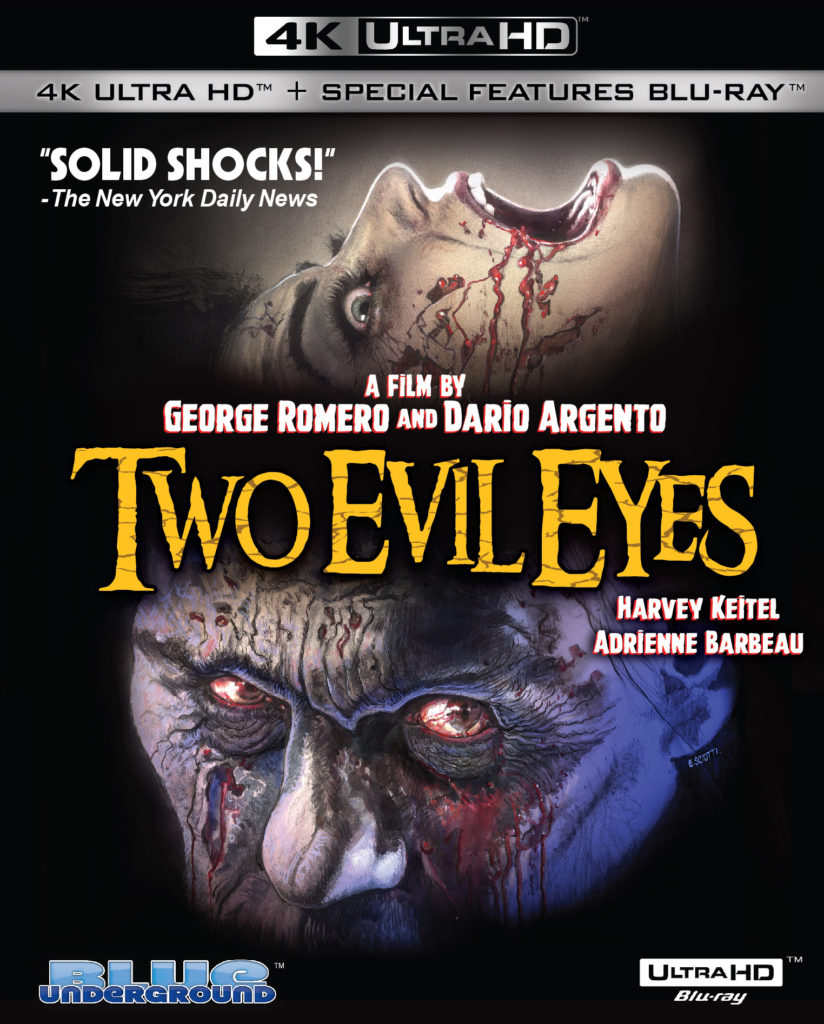