On top of a 4K scan from the original camera negative, the upcoming Alligator 4K UHD + Blu-ray release from Scream Factory is packed with new bonus features! Here's the full list from Scream Factory, along with a look at the cover art:

Los Angeles, CA – It lives 50 feet beneath the city. It’s 36 feet long. It weighs 2,000 pounds… and it’s about to break out! Alligator (Collector's Edition) comes snapping on February 22, 2022 in a 4K UHD™ + Blu-ray™ combo pack from Scream Factory. Special features will be announced at a later date.

From director Lewis Teague (Cujo, Cat’s Eye) and screenwriter John Sayles (Piranha, The Howling) comes an unstoppable thriller with bite. After returning from their Florida vacation, the Kendal family decides their pet baby alligator is too much to take care of and they flush him down the toilet. At the same time, Slade Laboratories is conducting secret experiments with animals and disposing of them in the sewer. The baby alligator, fending for itself, must feed on anything it can … including the dead animals. Now, twelve years later, when several murders happen in the city of Chicago, David Madison (Robert Forster, Jackie Brown) is put on the case to find out who … or what … is killing people. 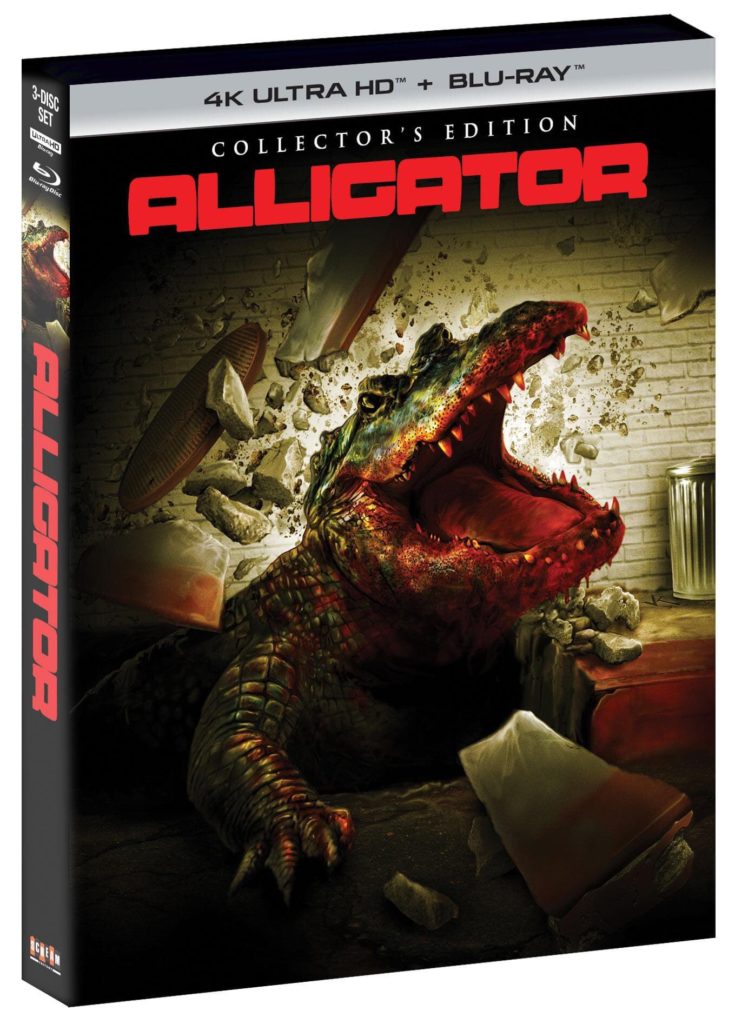