It’s no secret that Stan Winston has been hugely influential on my love for special makeup effects (you can catch up on our previous Stan Winston Week celebration HERE) as well as his uncanny ability to create memorable characters that endure the test of time. When it comes to the films of 1981, Winston ran the gamut of makeups and effects that year, contributing to projects like The Hand and Friday the 13th Part 2 all while delivering show-stopping creations for both Gary Sherman’s Dead & Buried as well as the family-friendly comedy Heartbeeps by Allan Arkush, two wildly different films that perfectly showcased Winston’s diverse skill set and enthusiasm for the craft.

As a kid, Heartbeeps was a movie that I came across due to the involvement of Andy Kaufman. My friend’s parents were huge fans of his work and they rented the movie on a whim, and I immediately fell in love with all the robotic characters that involved special makeups created by Winston for both Kaufman and his co-star Bernadette Peters, as well as Catskill, the wise-cracking robot that comes along for the ride once the robots break out and head into the forest. They all captured my imagination so wholly that I didn’t even mind that Heartbeeps was a bit light on plot—I just wanted to see Kaufman’s and Peters’ robotic counterparts, Val Comm 17485 and Aqua Comm 89045, who, along with Catskill and eventually baby robot Phil, go on all sorts of adventures together.

But nothing else mattered to me at that age because of the work that Winston did in creating those characters—I was in love with these “robots,” and I think it’s fair to say that Heartbeeps becoming a showcase for endearing robots laid the foundation for films like Short Circuit and *Batteries Not Included that would come along later in the 1980s (and his work here was certainly a 180 from a certain time-traveling killing machine that Winston would design for James Cameron only a few years later).

One of the smartest things that Winston did when creating Val and Aqua was rather than hiding both Andy Kaufman and Bernadette Peters under layers and layers of special makeups, he used their visages for the inspiration behind the robots, highlighting their facial features in the design in a way that made these creations instantly iconic. Unfortunately, the movie itself is a bit of a mess, as there was a Screen Actors Guild strike during production that derailed things for a few months, and the script itself feels incredibly flat now in retrospect (it’s amazing what you’ll overlook when you’re a kid!). So admittedly, beyond Winston’s endearing makeups and the incredible robotics work done by a talented array of effects teams tasked with bringing the other robots to life, there’s not much else that makes Heartbeeps a standout film from 1981, leaving Winston’s indelible creations to get lost along the way, even despite his 1982 Academy Award nomination for the work he did on the film.

That being said, that’s precisely why I wanted to celebrate it here, as even though the film itself isn’t great, it still has a lot of charm and heart, and so much of that is due to these characters created by Stan Winston. Also, I will say that it was fun to see the likes of Paul Bartel, Mary Woronov, and Dick Miller pop up in Heartbeeps (which is interesting since there is a Crimebuster robot in this film that feels like it could be related to the Killbots from Chopping Mall) and both a young Randy Quaid and legendary character actor Kenneth McMillan are both fun to watch in this as well. 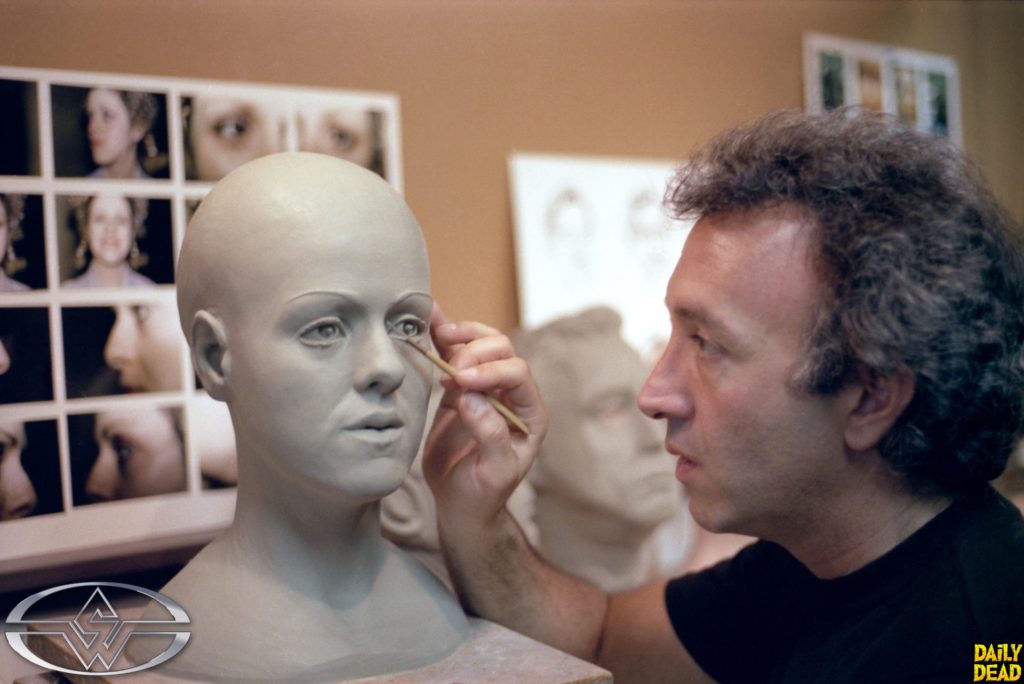 On the other end of the spectrum is Dead & Buried, which feels like a mash-up of Rad Bradbury and Hammer Horror, and utilized a handful of Winston’s jaw-dropping special effects that helped fully realize Gary Sherman’s wonderfully grotesque vision centered around a sleepy seaside village’s murderous tendencies, a mortician’s penchant for reanimating corpses, and an unassuming cop caught in the middle of all the madness.

Dead & Buried is a film I didn’t connect with until a bit later in life, and I gotta say, it completely knocked me on my proverbial butt with how quietly disturbing it ended up being. Even during the film’s opening scene, which initially feels like an idyllic day at the beach with something of a meet-cute going on, becomes a waking nightmare once a traveling photographer is burned alive by a group of townspeople after he begins snapping photos of a very welcoming temptress named Lisa (played by Lisa Blount, who would eventually co-star in John Carpenter’s Prince of Darkness). And if that isn’t enough, that poor photographer doesn’t succumb to his injuries immediately, landing him in the hospital. But before he can recover from the extensive burns all over his body, the man (or more specifically, his eyeball) ends up on the wrong side of Lisa’s extremely large hypodermic needle, in one of Dead & Buried’s most iconic and cringe-inducing scenes—and that eyelid flicker that follows does an amazing job of selling that gag so well, even after 40 years.

There is plenty of body horror to go around in Dead & Buried, where Winston was tasked with creating several other corpses, including turning the battered body of a young woman into a beautiful new creation by Potter’s Bluff’s madman mortician (Jack Albertson, in his final film role), which is presented in a breathtaking time-lapse style that acts as a showcase for the work that Winston put into those effects. Dead & Buried also has plenty of subtle body horror gags going on, where the skin begins cracking on many of the reanimated residents and even Sheriff Gillis (James Farentino) watches on in horror as his own fingertips begin crumbling, as he realizes that he is also amongst the reanimated residents of Potter’s Bluff.

Also, the scene when the town’s doctor (Joseph G. Medalis) ends up on the receiving end of an acid bath that’s also horrifyingly effective and the sequence at the end of Dead & Buried where Albertson’s mortician tries to ensure that he’ll “live on” after being mortally wounded are fantastic as well. 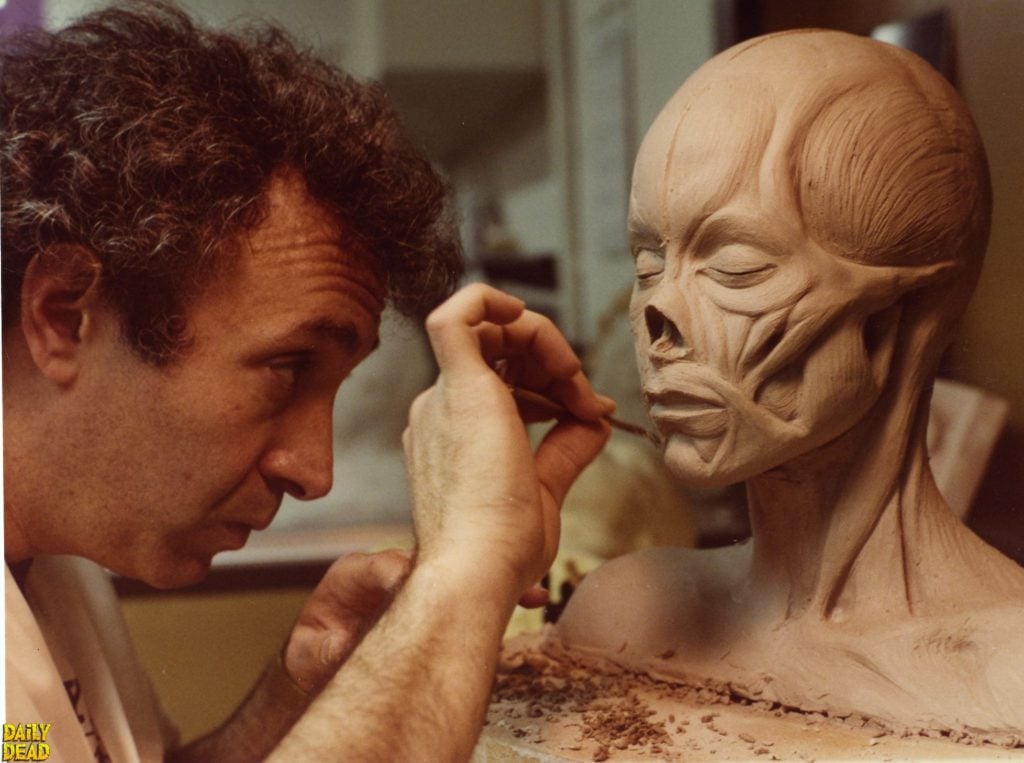 Even though Stan Winston would go on to create many more memorable characters throughout his career, for me, the work he was doing in the early 1980s laid the foundation for his award-winning career, and that’s why I’m so fascinated by this phase of his career. Sure, Heartbeeps’ Val and Aqua are no Cyberdyne Systems Model 101, but that doesn’t mean these creations aren’t still worth celebrating all these years later. And as far as realistic body horror-style effects go, Winston undoubtedly paved the way for many more artists in the future with his terrifyingly realistic creations for Dead & Buried.

The photos in this article are thanks to and published with permission from the Stan Winston School of Character Arts! Visit our online hub to catch up on all of our Class of 1981 retrospectives! 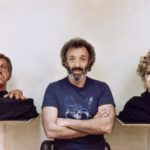 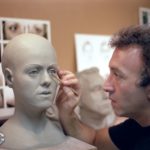 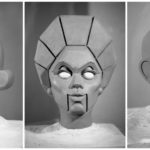 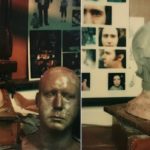 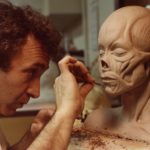 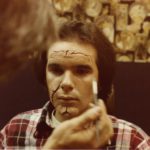 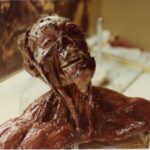 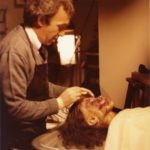 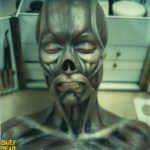