Contest: Win a Copy of ARMY OF THE DEAD: A FILM BY ZACK SNYDER – THE MAKING OF THE FILM from Titan Books

You've seen Army of the Dead and you're dying to learn more? Titan Books has released Army of the Dead: A Film by Zack Snyder - The Making of the Film, filled with exclusive photos, costume designs, and storyboards, and we're giving away a copy to one lucky Daily Dead reader!

Prize Details: (1) Winners will receive (1) copy of Army of the Dead: A Film by Zack Snyder - The Making of the Film.

Entry Details: The contest will end at 12:01am EST on June 16th. This contest is only open to those who are eighteen years of age or older that live in the United States. Only one entry per entry method, per household will be accepted.

ARMY OF THE DEAD: THE MAKING OF THE FILM takes readers behind the scenes of this much-anticipated film and reveals the locations, characters, and zombies. The book is full to the brim with exclusive on-set photography, costume designs, storyboards by Zack Snyder, and more, and accompanied by cast and crew interviews."

To learn more or pick up this book for yourself, visit: 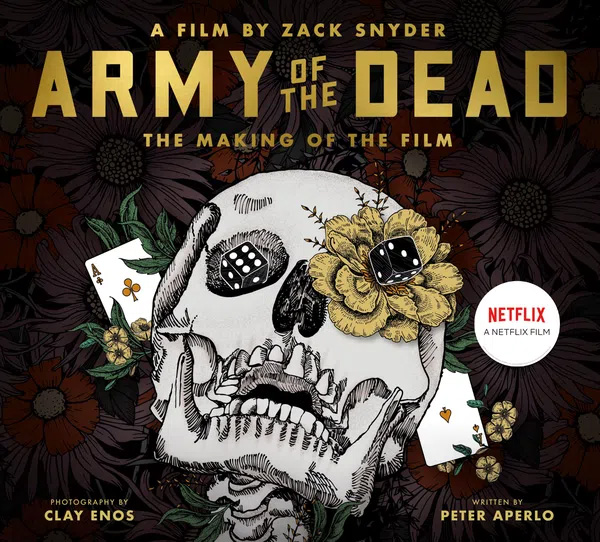