It's no joke—Fred Walton's April Fool's Day is now on Blu-ray like never before in a new Collector's Edition from Scream Factory, and to celebrate the new physical home media release of the 1986 horror mystery, we've been provided with three copies to give away to lucky Daily Dead readers!

2. Email: For a chance to win via email, send an email to contest@dailydead.com with the subject “April Fool's Day Contest”. Be sure to include your name and mailing address.

Entry Details: The contest will end at 12:01am EST on March 31st. This contest is only open to those who are eighteen years of age or older that live in the United States. Only one entry per entry method, per household will be accepted.

April Fool's Day (1986) Collector's Edition Blu-ray: "When Muffy St. John (Deborah Foreman, Valley Girl) invited her college friends up to her parents' secluded island home for the time of their lives, she just forgot to tell them it just might be the last time of their lives.

As soon as the kids arrive on the island, someone starts trimming the guest list ... one murder at a time. And what starts out as a weekend of harmless "April Fool's Day" pranks turns into a bloody battle for survival.

It's just what you'd expect from the producer who brought you Body Parts, Species and three of the Friday the 13th films! 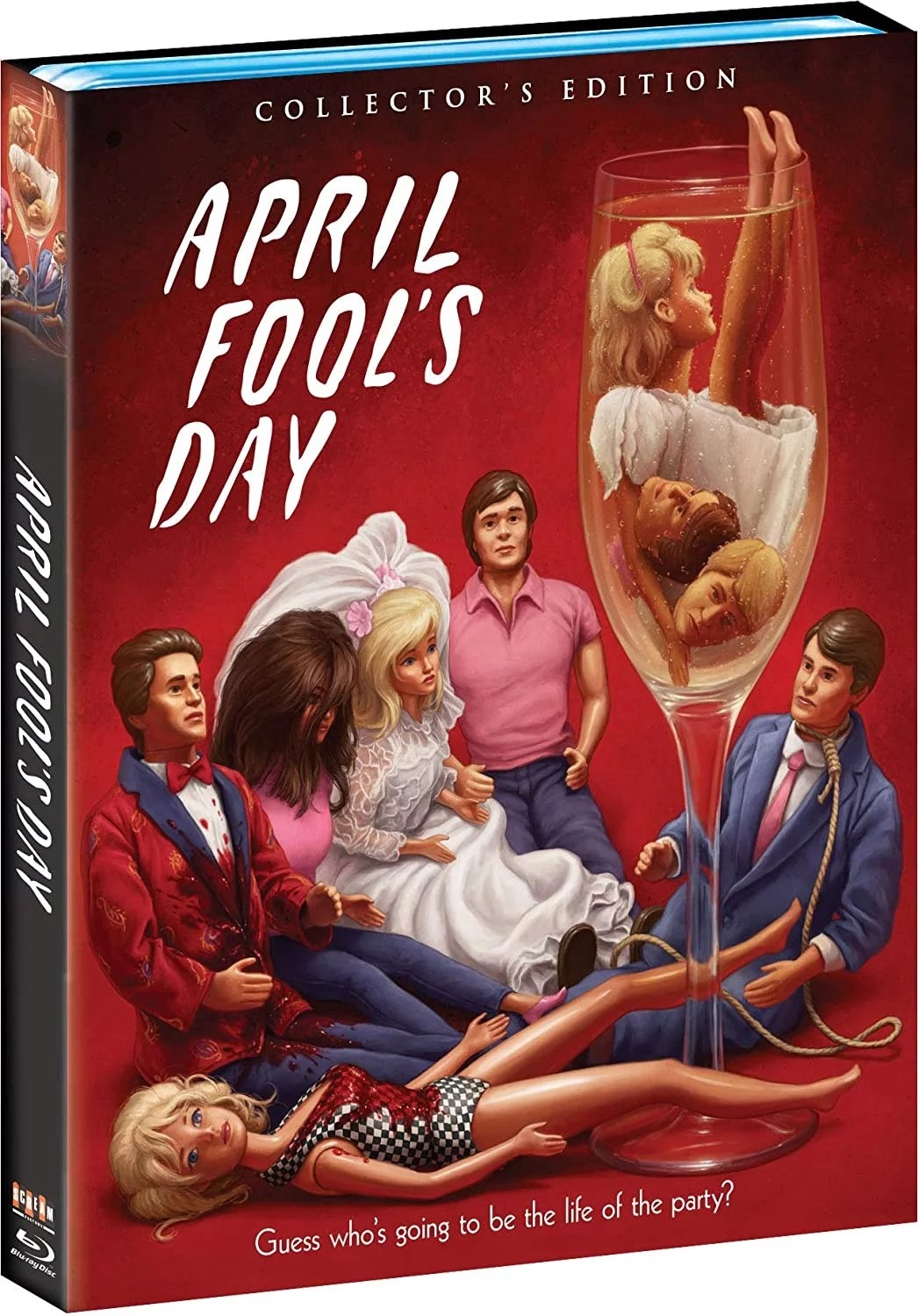