If you missed one of the most buzzed-about films from 2019, don't despair, because Bong Joon Ho’s Parasite is coming to Blu-ray, DVD, and VOD on January 28th, and to celebrate, we've been provided with a Blu-ray copy (including a digital code) to give away to one lucky Daily Dead reader!

Prize Details: (1) Winner will receive (1) Blu-ray copy (including a digital code) of Parasite.

2. Email: For a chance to win via email, send an email to contest@dailydead.com with the subject “Parasite Contest”. Be sure to include your name and mailing address.

Entry Details: The contest will end at 12:01am EST on February 3rd. This contest is only open to those who are eighteen years of age or older that live in the United States. Only one entry per entry method, per household will be accepted.

From the Press Release: A volatile, symbiotic relationship between the uber-wealthy and the have-nots comes into full display in PARASITE, arriving on 4K Ultra HD Digital January 14, 2020 and Blu-ray™, DVD and On Demand on January 28, 2020 from Universal Pictures Home Entertainment and NEON. Proclaimed as “wickedly clever” (GQ) and “the definition of a must-see experience” (The Atlantic), PARASITE is a riveting, genre-bending thriller that combines masterful filmmaking with a fresh look at class discrimination, making it “a flat-out masterpiece” (Deadline). Hailed as “the best work yet from master filmmaker Bong Joon Ho (Okja, Snowpiercer)” (Awards Circuit), who directed and co-wrote the film alongside Han Jin Won (Okja), fans can now delve deep into the mind of Bong, and the symbolism behind PARASITE with an exclusive Q&A bonus feature with the acclaimed director. The captivating PARASITE has made history as the first Korean film to be nominated for an Oscar®. It has garnered six Oscar® nominations including Best Picture, Best Director, Best Original Screenplay, Best International Film, Best Production Design and Best Editing, a 2020 SAG Award® nomination for Outstanding Performance by a Cast in a Motion Picture and was the winner of the 2020 Golden Globe® for Best Foreign Film. Additionally, the film has racked up over an astonishing 100 award nominations to date.

In PARASITE, meet the Park family, the picture of aspirational wealth and the Kim family, rich in street smarts but not much else. Be it chance or fate, these two houses are brought together and the Kim’s sense a golden opportunity. Masterminded by college-aged Ki-woo, the Kim children expediently install themselves as tutor and art therapist to the Parks. Soon, a symbiotic relationship forms between the two families. The Kims provide “indispensable” luxury services while the Parks obliviously bankroll their entire household. When a parasitic interloper threatens the Kims’ newfound comfort, a savage, underhanded battle for dominance breaks out, threatening to destroy the fragile ecosystem between the Kims and the Parks. By turns darkly hilarious and heart-wrenching, PARASITE, “a thriller of extraordinary cunning and emotional force” (LA Times), showcases a modern master at the top of his game. 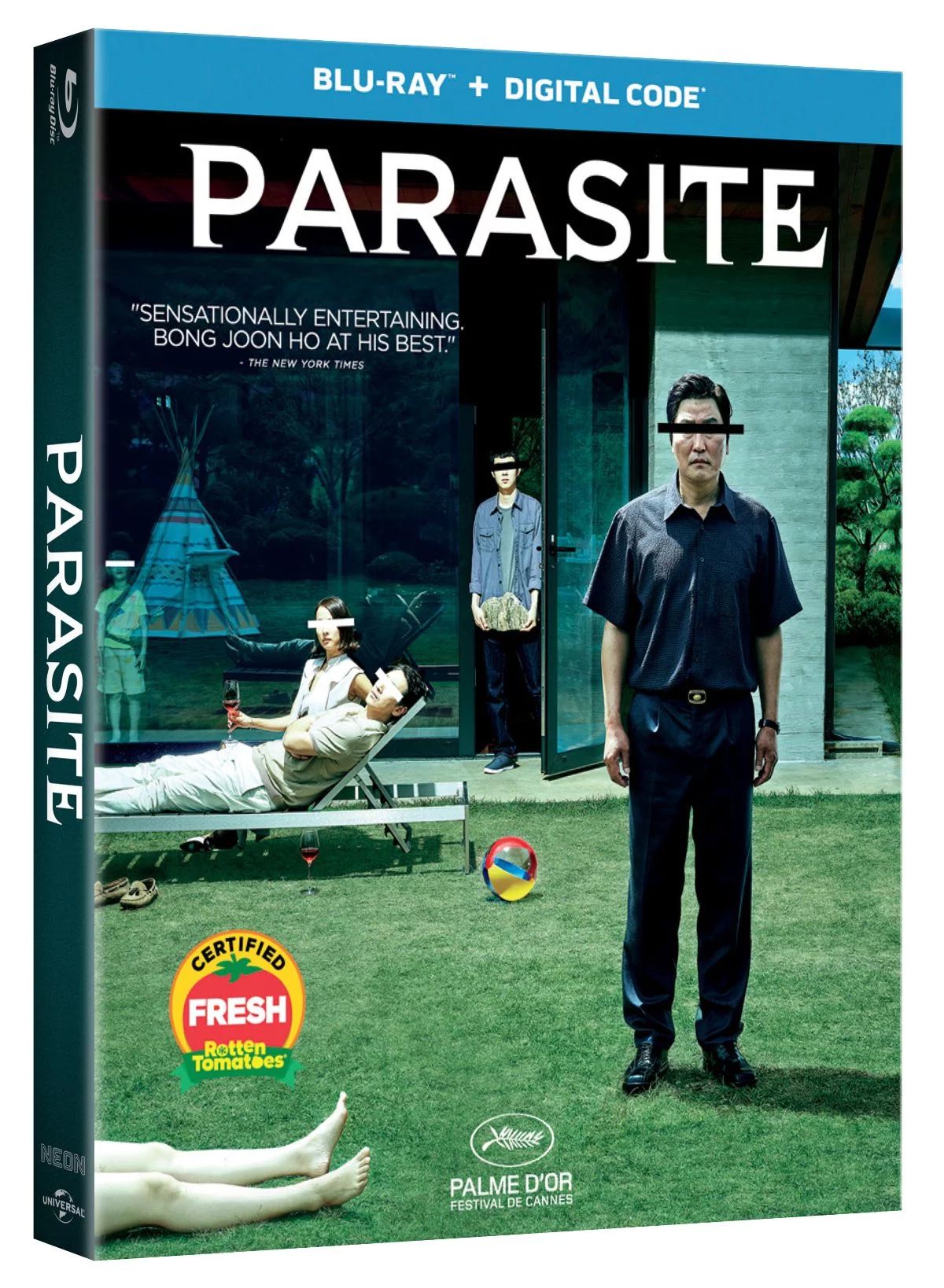