Following their Collector's Edition Blu-ray release of Motel Hell back in 2014, Scream Factory is giving horror fans a second helping of Farmer Vincent’s fritters with a new Steelbook Blu-ray of the cult 1980 horror film, including a new 4K transfer from the original camera negative, and we've been provided with two copies to give away to lucky Daily Dead readers!

2. Email: For a chance to win via email, send an email to contest@dailydead.com with the subject “Motel Hell Steelbook Contest”. Be sure to include your name and mailing address.

Entry Details: The contest will end at 12:01am EST on October 20th. This contest is only open to those who are eighteen years of age or older that live in the United States. Only one entry per entry method, per household will be accepted.

You really are what you eat with Farmer Vincent's smoked meat in this creepy horror yarn which "packs a punch that goes way beyond mere terror" (Boxoffice). Vincent's popular products contain a special ingredient that the psychotic farmer and his sister would literally kill to keep a secret! Starring Rory Calhoun (Angel), Nancy Parsons (Porky’s), Nina Axelrod (Time Walker, Cobra) and John Ratzenberger (Cheers), and directed by Kevin Connor (From Beyond The Grave, At The Earth’s Core), this darkly funny flick "just might be your cup of meat" (L.A. Herald Examiner)! 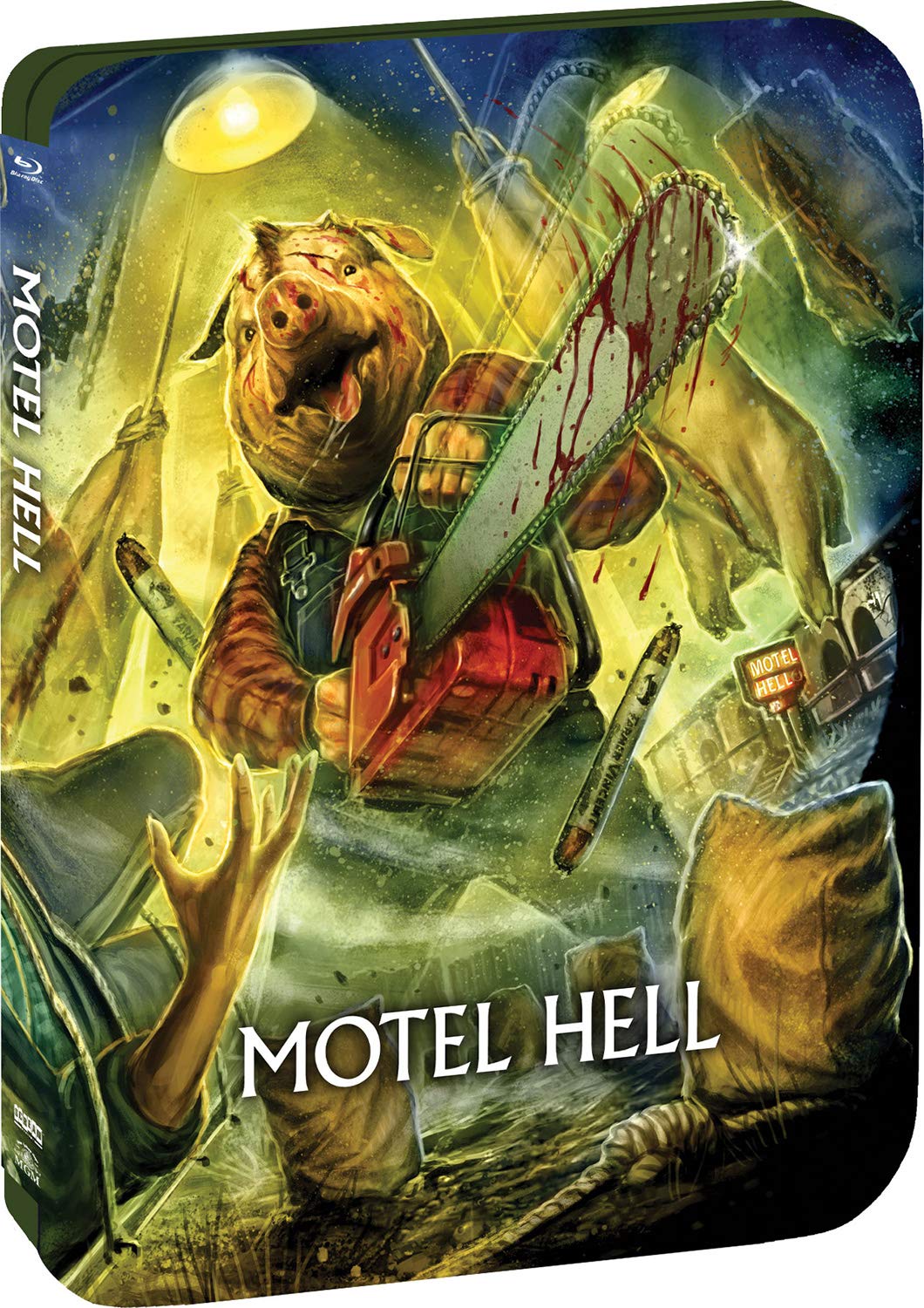