Contest: Win ONE CUT OF THE DEAD on SteelBook Blu-ray / DVD

One of the most surprising and buzzed-about horror movies of 2019, Shin'ichirô Ueda's One Cut of the Dead is being released as a Blu-ray/DVD SteelBook on June 2nd from RLJE Films, and we've been provided with two copies to give away to lucky Daily Dead readers!

Prize Details: (2) Winners will receive (1) SteelBook Blu-ray/DVD copy of One Cut of the Dead.

2. Email: For a chance to win via email, send an email to contest@dailydead.com with the subject “One Cut of the Dead Contest”. Be sure to include your name and mailing address.

Entry Details: The contest will end at 12:01am EST on June 4th. This contest is only open to those who are eighteen years of age or older that live in the United States. Only one entry per entry method, per household will be accepted.

From the Press Release: "RLJE Films, a business unit of AMC Networks, has picked up select rights to Shudder’s, AMC Networks’ streaming service for horror, thriller and the supernatural, ONE CUT OF THE DEAD, which will be released on June 2, 2020 on DVD and DVD/Blu-ray SteelBook.

Written and directed by Shin'ichirô Ueda (Special Actors), the horror/comedy stars Harumi Shuhama (Ichigo no uta), Takayuki Hamatsu (“Followers”), and Yuzuki Akiyama (“Kamen raidâ Jiô”). The film is based on the play, “Ghost in the Box!” written by Ryoichi Wada. RLJE Films will release ONE CUT OF THE DEAD on DVD for an SRP of $27.97 and on DVD/Blu-ray SteelBook for an SRP of $34.97.

In ONE CUT OF THE DEAD, while shooting a low-budget zombie film in an abandoned warehouse, the crew find themselves caught between actual zombies and a mad director who won’t stop rolling. If you think you know what happens next, think again. Filmmaker Shinichiro Ueda turns the film on its head more than once for one of the wildest, funniest, and most surprising zombie movies of all time.

ONE CUT OF THE DEAD DVD as well as DVD/Blu-ray SteelBook include the following bonus features:

The DVD/Blu-ray SteelBook also includes the Go-Pro Version of the film." 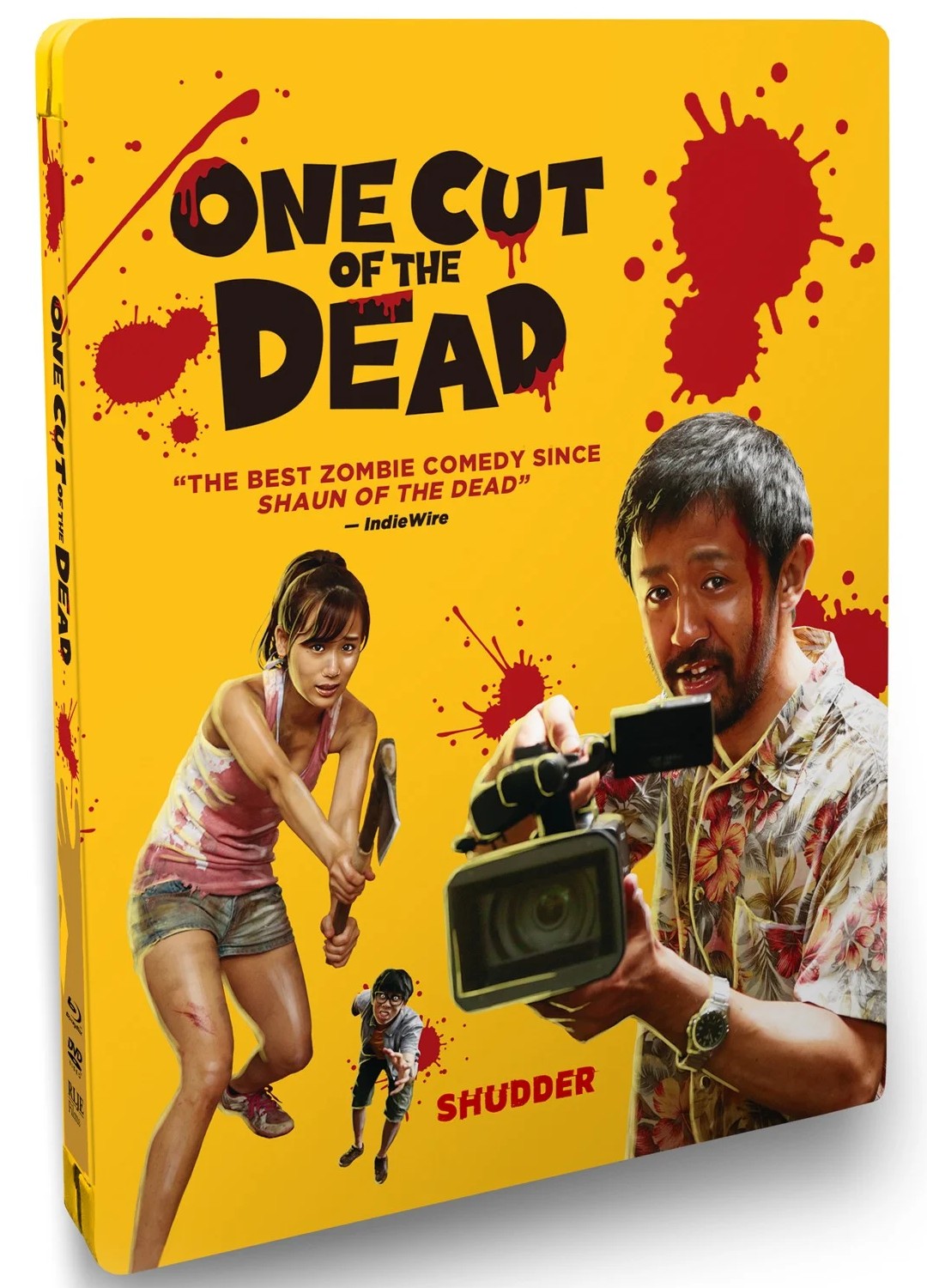