Previously featured in Scott Drebit's Drive-In Dust Offs column, the killer whale movie Orca is coming to Blu-ray on June 30th from Scream Factory, and we've been provided with three copies to give away to lucky Daily Dead readers!

2. Email: For a chance to win via email, send an email to contest@dailydead.com with the subject “Orca Contest”. Be sure to include your name and mailing address.

Entry Details: The contest will end at 12:01am EST on July 6th. This contest is only open to those who are eighteen years of age or older that live in the United States. Only one entry per entry method, per household will be accepted.

Orca Blu-ray: "Sleek, intelligent, beautiful ... and hell-bent on revenge. Producer Dino De Laurentiis (King Kong, Ragtime) and director Michael Anderson (Around The World In 80 Days, Logan's Run) join forces to present the rousing action-adventure tale of Orca: The Killer Whale. It's the story of one powerful being against another: a strong, determined fisherman by the name of Captain Nolan (Richard Harris, Unforgiven) versus an equally determined killer whale. When the giant whale's pregnant mate is maimed and killed by Nolan, the whale seeks vengeance: smashing boats, attacking a seacoast village, and eventually luring his human adversaries to a final confrontation in the marine creature's own arctic turf. Charlotte Rampling, Will Sampson, and Bo Derek (in her feature film debut) also star in this seafaring epic brimming with nail-biting suspense and spectacular special effects. 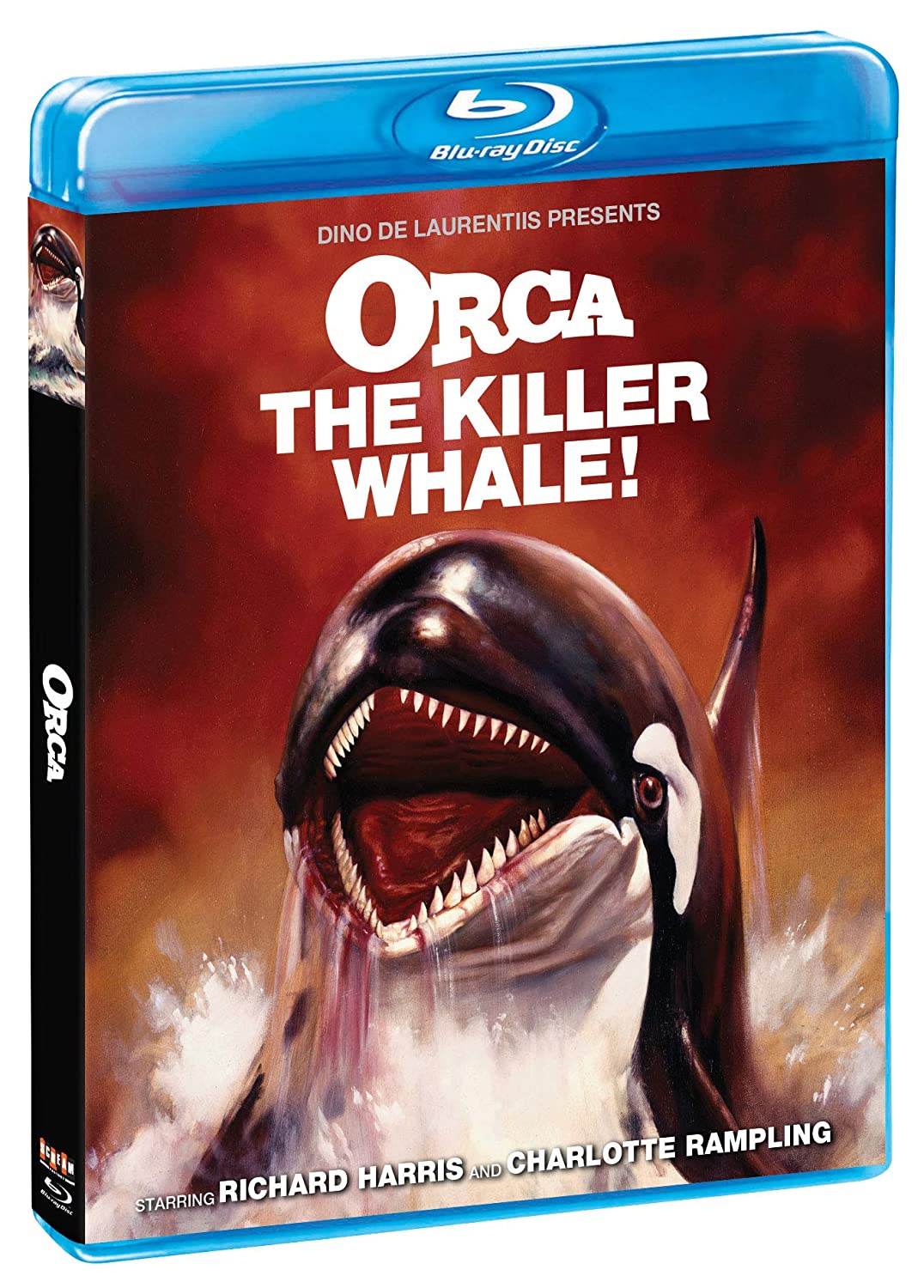