Contest: Win SCARE ME on Blu-ray

Included on many Favorites of 2020 lists here on Daily Dead, Josh Ruben's Scare Me is coming to Blu-ray and DVD on March 2nd from RLJE Films, and we've been provided with two Blu-ray copies to give away to lucky Daily Dead readers!

Prize Details: (2) Winners will receive (1) Blu-ray copy of Scare Me.

Entry Details: The contest will end at 12:01am EST on March 5th. This contest is only open to those who are eighteen years of age or older that live in the United States. Only one entry per entry method, per household will be accepted.

Press Release: RLJE Films, a business unit of AMC Networks, has picked up select rights to SCARE ME from Shudder, AMC Networks’ premium service for horror, thriller and the supernatural. SCARE ME will be released on DVD and Blu-ray on March 2, 2021.

SCARE ME is the feature directorial debut of Josh Ruben (“CollegeHumor Originals”) who also wrote the screenplay and stars in the film. SCARE ME also features Aya Cash (“The Boys”), Rebecca Drysdale (“Arrested Development”), and Chris Redd (“Saturday Night Live”). RLJE Films will release SCARE ME on DVD for an SRP of $27.97 and Blu-ray for an SRP of $28.96.

In SCARE ME, two strangers, Fred and Fanny, are stuck in their Catskills cabin during a power outage. Looking to pass the time, they decide to tell each other scary stories. But the more Fred and Fanny commit to their tales, the more the stories come to life. As the horrors of reality manifest, Fred confronts his ultimate fear that Fanny may be the better storyteller, forcing him to craft the most horrific tale imaginable and put an end to the competition for good.

SCARE ME  DVD and Blu-ray include the following bonus features: 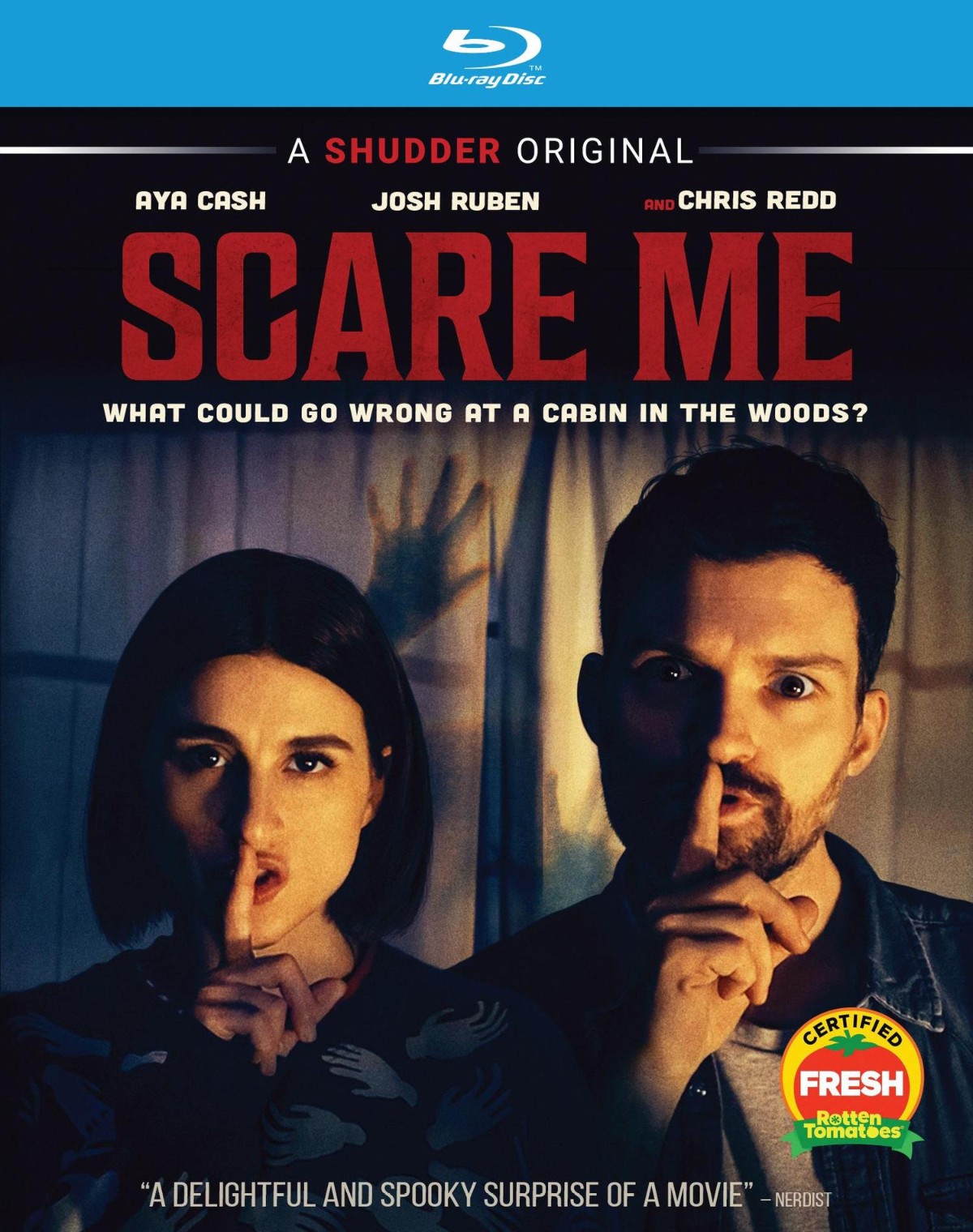