Contest: Win TERROR IN THE AISLES on Blu-ray

Featuring Donald Pleasence, Nancy Allen, and clips from some of the most memorable moments in horror cinema, 1984's Terror in the Aisles is now on Blu-ray from Scream Factory, and we've been provided with three copies to give away to lucky Daily Dead readers!

Prize Details: (3) Winners will receive (1) Blu-ray copy of Terror in the Aisles.

2. Email: For a chance to win via email, send an email to contest@dailydead.com with the subject “Terror in the Aisles Blu-ray Contest”. Be sure to include your name and mailing address.

Entry Details: The contest will end at 12:01am EST on October 21st. This contest is only open to those who are eighteen years of age or older that live in the United States. Only one entry per entry method, per household will be accepted.

Terror in the Aisles Blu-ray: "Terror In The Aisles is a roller coaster ride through the most terrifying moments from over 70 of Hollywood's greatest chillers. Donald Pleasence (Halloween, Halloween II) and Nancy Allen (Dressed To Kill, Carrie) are the hosts of this blood-curdling journey through a collection of horror classics like Psycho, Jaws, Poltergeist, Alien, The Bride Of Frankenstein, The Exorcist, Halloween, and The Texas Chain Saw Massacre. 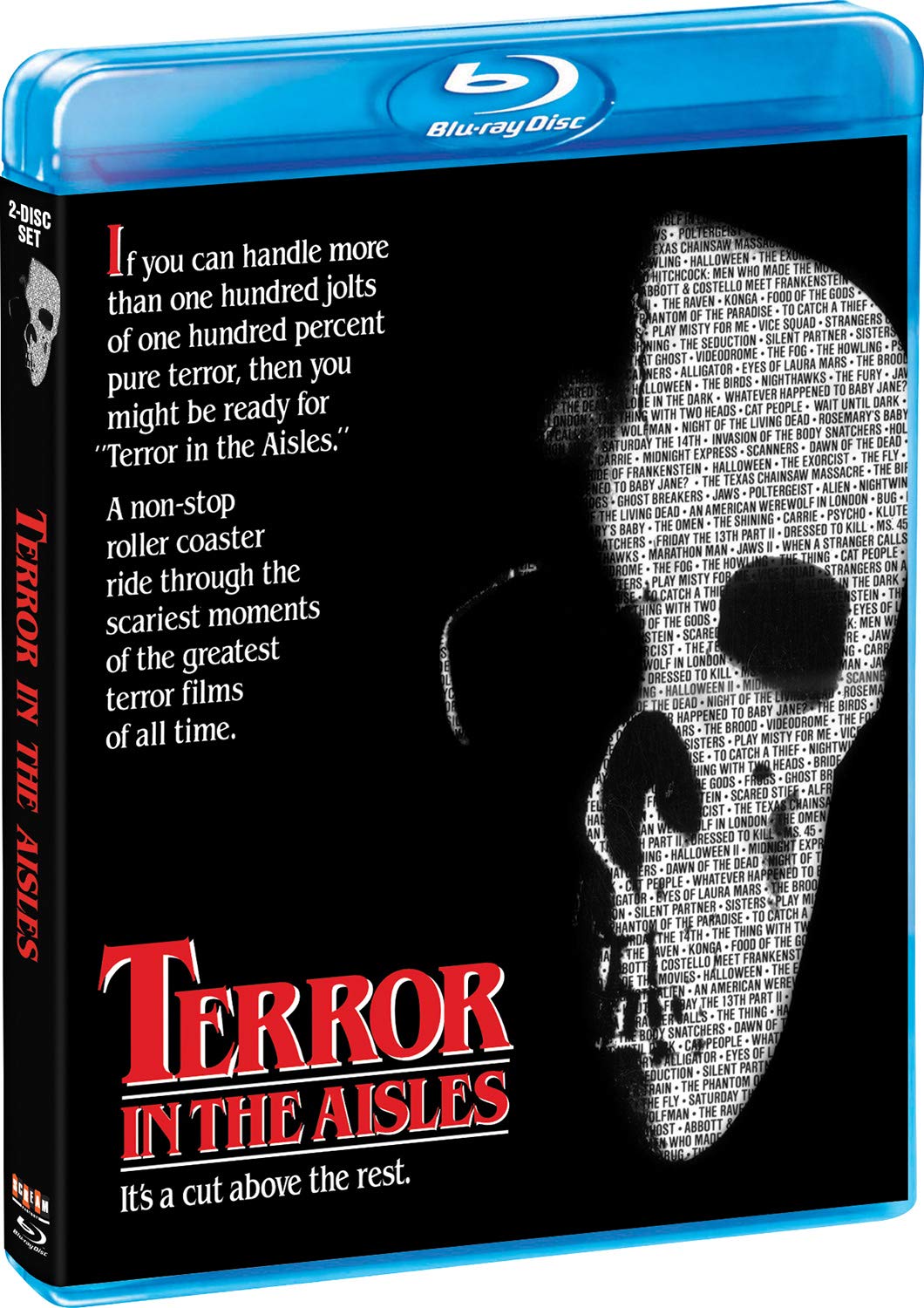