Starring Jeffrey Dean Morgan and Famke Janssen, and based on the 2010 novel by James Patterson and Liza Marklund, The Postcard Killings is now on Blu-ray and DVD from RLJE Films, and we've been provided with five Blu-ray copies to give away to lucky Daily Dead readers!

2. Email: For a chance to win via email, send an email to contest@dailydead.com with the subject “The Postcard Killings Contest”. Be sure to include your name and mailing address.

Entry Details: The contest will end at 12:01am EST on May 25th. This contest is only open to those who are eighteen years of age or older that live in the United States. Only one entry per entry method, per household will be accepted.

From the Press Release: "RLJE Films, a business unit of AMC Networks, will release THE POSTCARD KILLINGS on May 19, 2020 on DVD and Blu-Ray. The action thriller stars Jeffrey Dean Morgan (“The Walking Dead”), Famke Janssen (X-Men franchise), Cush Jumbo (“The Good Fight”), Joachim Król (Run Lola Run), Steven Mackintosh (Rocketman), and Denis O’Hare (“American Horror Story”). Written by Andrew Stern, Ellen Furman, Liza Marklund and Tove Alsterdal, the film was directed by Academy Award winner Danis Tanovic (No Man’s Land). RLJE Films will release THE POSTCARD KILLINGS on DVD for an SRP of $29.96 and on Blu-Ray for an SRP of $29.97.

In The Postcard Killings, based on the James Patterson and Liza Marklund #1 New York Times bestselling novel, NY Detective Jacob Kanon’s (Jeffrey Dean Morgan) world is destroyed when his daughter and son-in-law are brutally murdered in London. Unable to sit idly by and do nothing, Jacob travels to London to get the answers he needs. As he learns of similar heinous murders happening across Europe - each preceded by a postcard sent to a local journalist - Jacob is in a race against time to stop the killings and find justice for his little girl.

THE POSTCARD KILLINGS DVD and Blu-Ray include the following bonus feature: 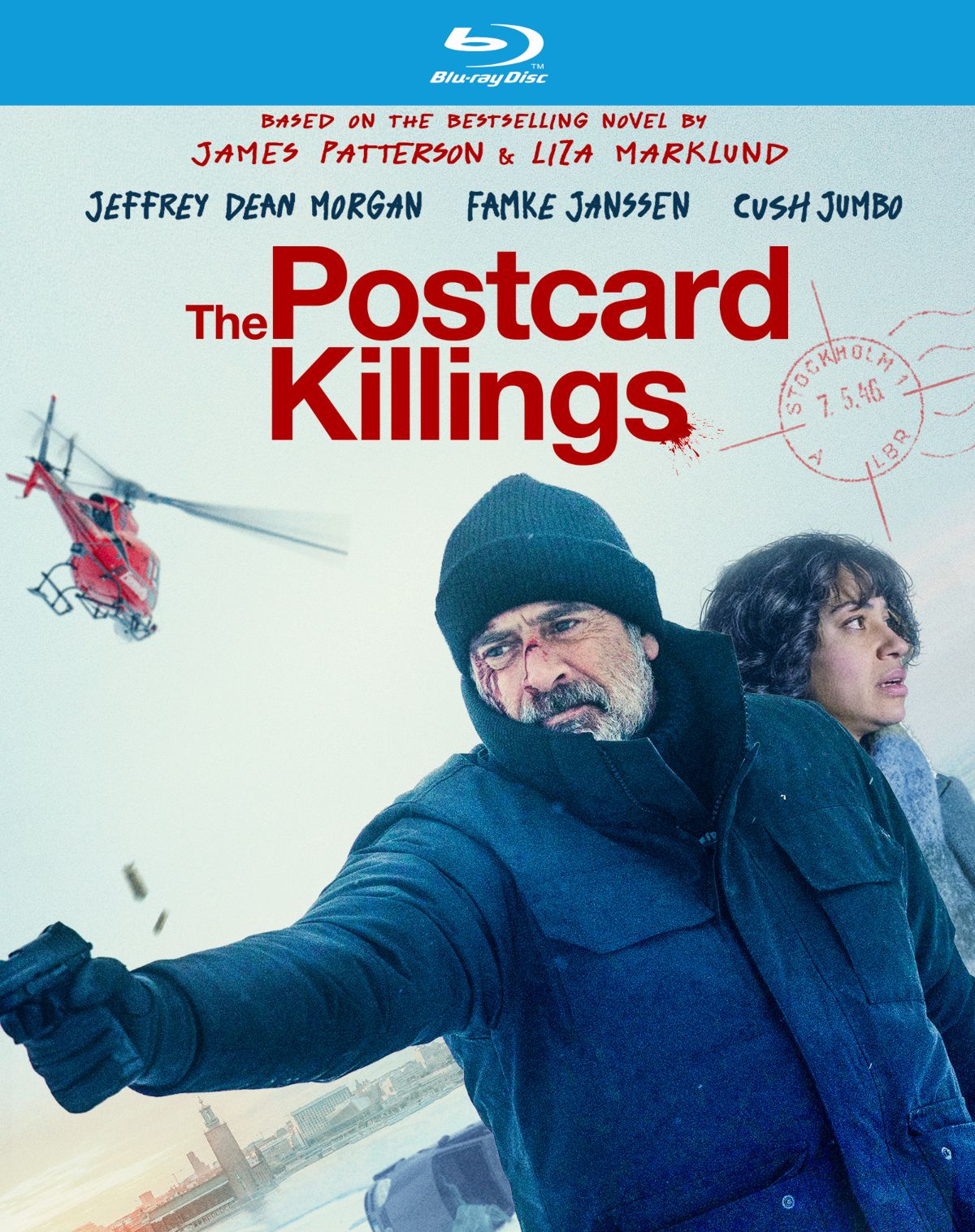