It’s been a hell of a week for Jerri Bartman. She lost her job, crashed her car, took the only gig available hosting the midnight monster show, and…oh yeah—dismembered a zombie. No big deal. Now, to protect the people she loves, she’s going to have to take a crash course in monster hunting. And quickly—a vengeful vampire just booked a first-class flight into town.

Hot off of two of the biggest films of the year The Suicide Squad and Dune, David Dastmalchian returns to his hit comic series with a brand-new storyline to continue Jerri Bartman’s harrowing journey into the unknown!

Count Crowley: Amateur Midnight Monster Hunter #1 will be in comic shops March 23, 2022. It is available for pre-order at your local comic shop. 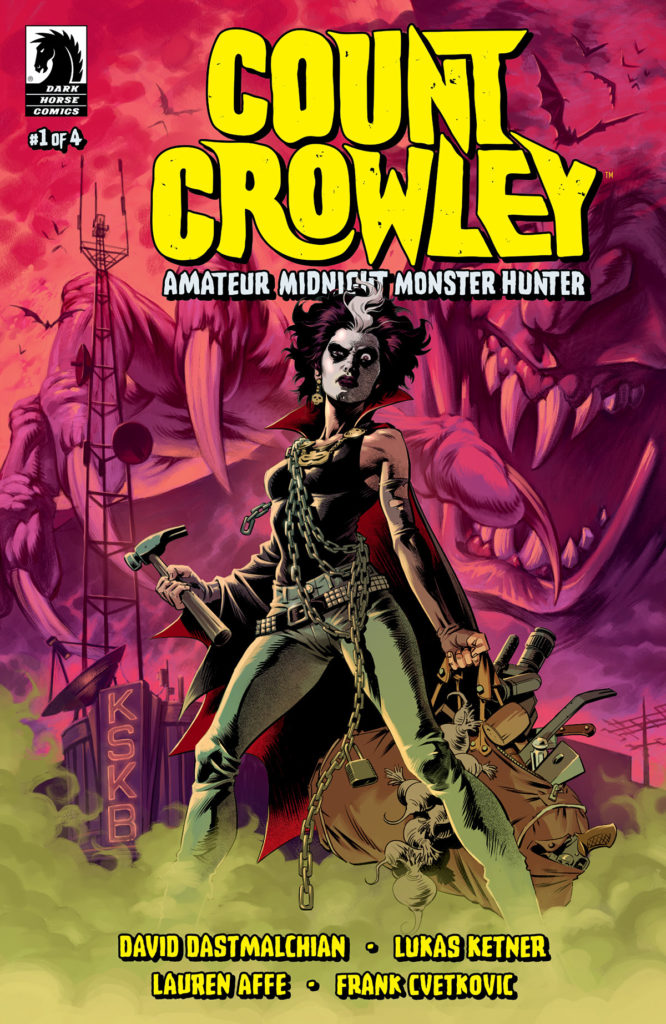