It's almost hard to believe that 20 years has passed since the release of Neil Marshall's Dog Soldiers, one of the best werewolf films of all time! To celebrate the films 20th anniversary, not only are we getting a 4K release of the movie from Scream Factory this July, but Janine Pipe's behind-the-scenes book will be available on May 13th! With cast and crew interviews, photographs, script excerpts, and more, here are release details and the look at the cover art for Sausages: The Making of Dog Soldiers:

Sausages: The Making of Dog Soldiers is a celebration of Neil Marshall’s debut soldiers versus werewolves movie. To coincide with the 20-year anniversary, it takes a deep dive look behind the scenes at the cult classic. As well as a full retrospective, you will find interviews with the cast and crew, never seen before photographs, original shot list, excerpts from the script and more. Encompassing the tone of Dog Soldiers, Sausages is the perfect companion to this fan-favourite film.

“Janine Pipe’s Sausages: The Making Of Dog Soldiers pulls off the impossible: it manages to capture the raucous, brawling energy of my favorite werewolf film, it brings to light a treasure trove of new information, and it climbs inside the minds of everyone involved in this miracle of ingenuity and determination. Whether you’re a fan of Dog Soldiers, the horror genre, or true stories about people overcoming the odds to create something special, this book is essential reading. I loved every page of it and will be reading it again—right after I re-watch Neil Marshall’s wonderful movie.”

Jonathan Janz, Author of The Siren And The Specter and Children Of The Dark.

"Sausages is not just a brilliant behind the scenes of the best werewolf movie of the 21st century, it's also a love letter to the horror movies that become part of our DNA. Janine Pipe is now an official member of the Dog Soldiers pack!"

Hunter Shea, author of Faithless and To The Devil, A Cryptid

Kindle pre-orders are live and physical copies will be able to be ordered day of release (May 13th). To learn more, visit: 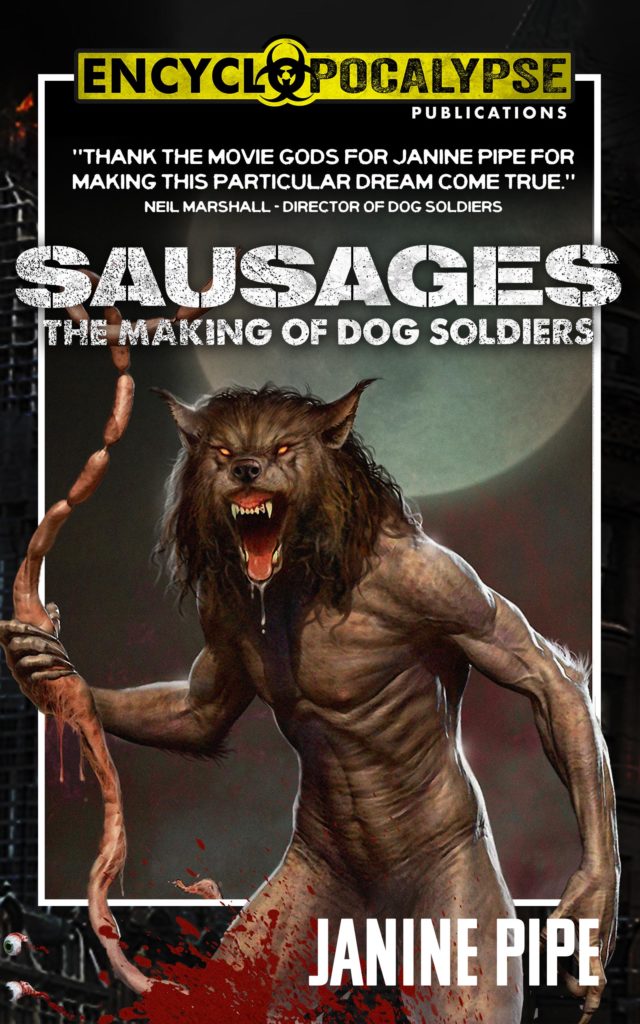