Scream Factory will release their Collector's Edition Blu-ray of 2005's House of Wax on July 13th, and we have a look at the official cover art and list of bonus features:

When their car breaks down on a road trip, six college friends are sidetracked into an eerie backwoods town. Curiosity gets the better of them when they are intrigued by its macabre House of Wax. They soon find out that the town is not what it seems, and that they must find their way out before they fall victim to its ghoulishly inventive killers. 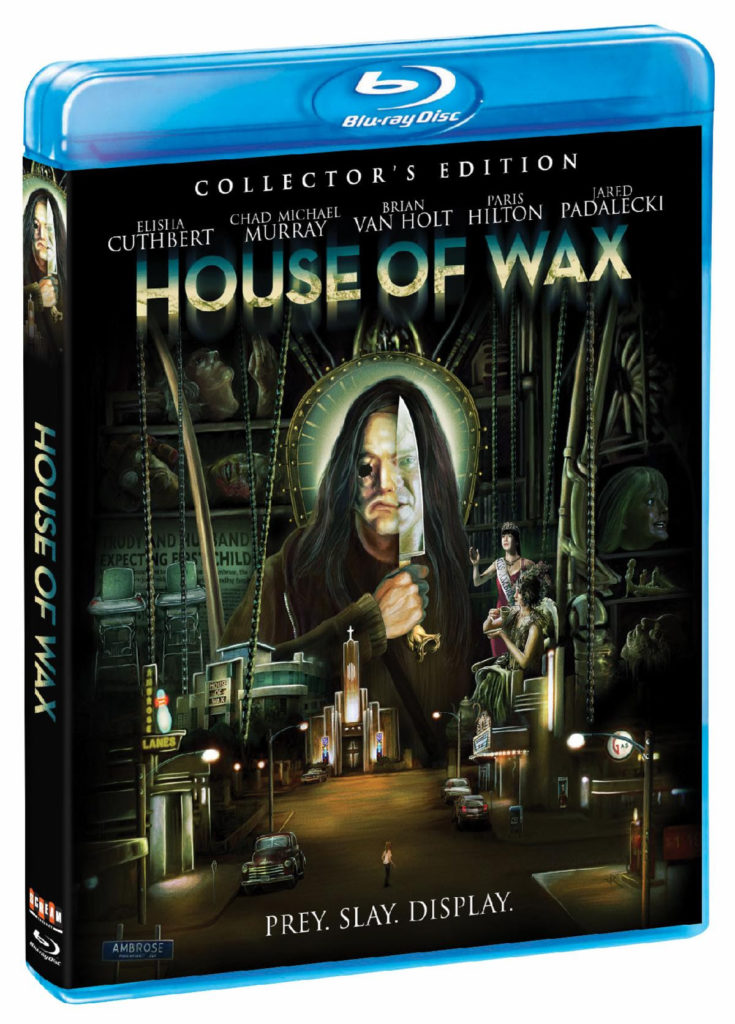