Last year, Dark Horse Comics adapted William Gibson's unproduced Alien 3 screenplay as a five-issue comic book series, and now they're teaming up with 20th Century Fox to give the same treatment to Dan O’Bannon's original Alien screenplay, which, as diehard Alien fans know, is different from the version that came to life on the big screen in 1979.

Written by Cristiano Seixas and based on O’Bannon's original screenplay for Alien (which also included story ideas that O’Bannon worked on with Ronald Shusett), Alien: The Original Screenplay will be a five-issue series featuring artist Guilherme Balbi and colorist Candice Han.

Originally known under titles such as Memory and Star Beast, the screenplay for Alien would go on to have many different drafts before filming began, changing and reconfiguring certain storylines from O’Bannon's initial version (although he was still given credit as the screenwriter, with Shusett also receiving story credit alongside O’Bannon). Alien: The Original Screenplay seeks to preserve O’Bannon's initial vision for the classic film, and the first issue will be released on April 22nd, just days before Alien Day.

We have the official press release with more details below, as well as the cover art for the first issue of Alien: The Original Screenplay:

Alien: The Original Screenplay presents an alternate line of events initially conceived by Dan O’Bannon before it became the Alien motion picture manuscript.

En route to back to Earth, the crew of the starship Snark intercepts an alien transmission. Their investigation leads them to a desolate planetoid, a crashed alien spacecraft, and a pyramidic structure of unknown origin. Then the terror begins . . . 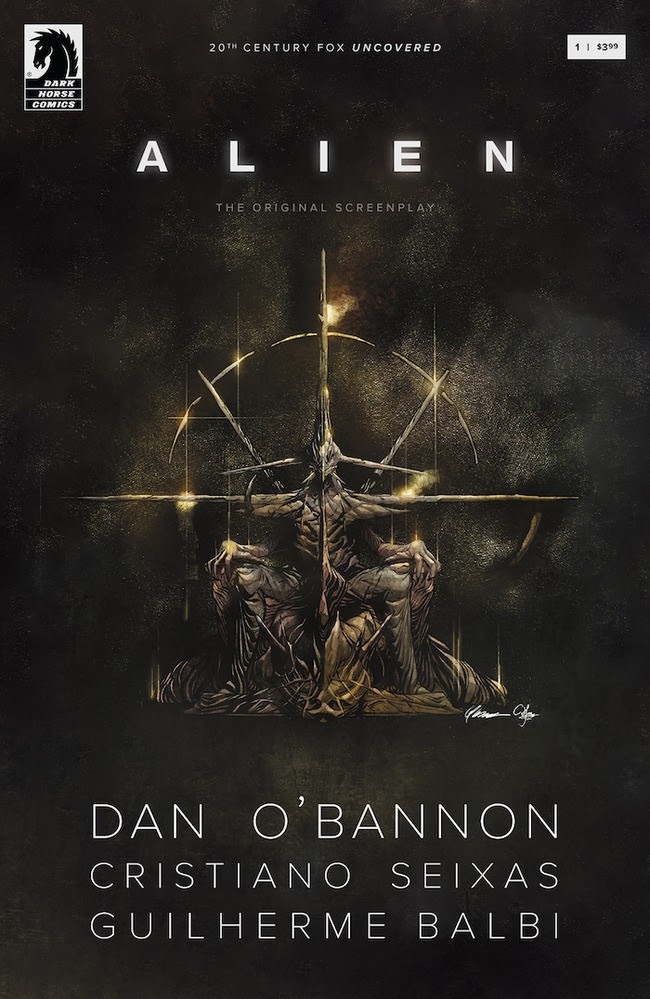