Gotham's villains return from the dead and the Justice League fights vampires! That's what's in store for DC readers this October, when Task Force Z and DC vs. Vampires! hits shelves just in time for Halloween. Here's the official press release from DC and a look at the cover art:

Burbank, CA - July 13, 2021 - This October, the DC Universe gets a whole lot scarier with TASK FORCE Z and DC VS. VAMPIRES!  Writer Matthew Rosenberg (The Joker Presents: A Puzzlebox; 4 Kids Walk Into A Bank) is dragging some of Gotham City’s most dangerous villains back from the dead to earn a second chance at life in TASK FORCE Z.  But the undead aren’t contained to Gotham City; in DC VS. VAMPIRES, Rosenberg has teamed up with writer James Tynion IV (The Nice House on the Lake; Something is Killing the Children) for a twelve-issue maxiseries where the Justice League discovers that, while they’ve been monitoring the skies for intergalactic threats, a new enemy has been hiding on earth all along.

On A-Day, hundreds of Gotham City’s most dangerous and deranged criminals were left dead after an attack on Arkham Asylum and now, they’re getting a second chance at life. A mysterious benefactor is bringing together a new Task Force and has recruited the only person who could lead them, someone who knows what it’s like to come back from a brutal death: Red Hood. Now Jason Todd has to unravel the mystery surrounding this team of the recently deceased while leading a line-up of some of Gotham City’s worst criminals who’ve ever lived: Bane. Man-Bat. The Arkham Knight. Sundowner. Mr. Bloom.

TASK FORCE Z #1 features artwork by Eddy Barrows and inks by Eber Ferreira and will be on sale in comic book stores on Oct. 26, 2021. 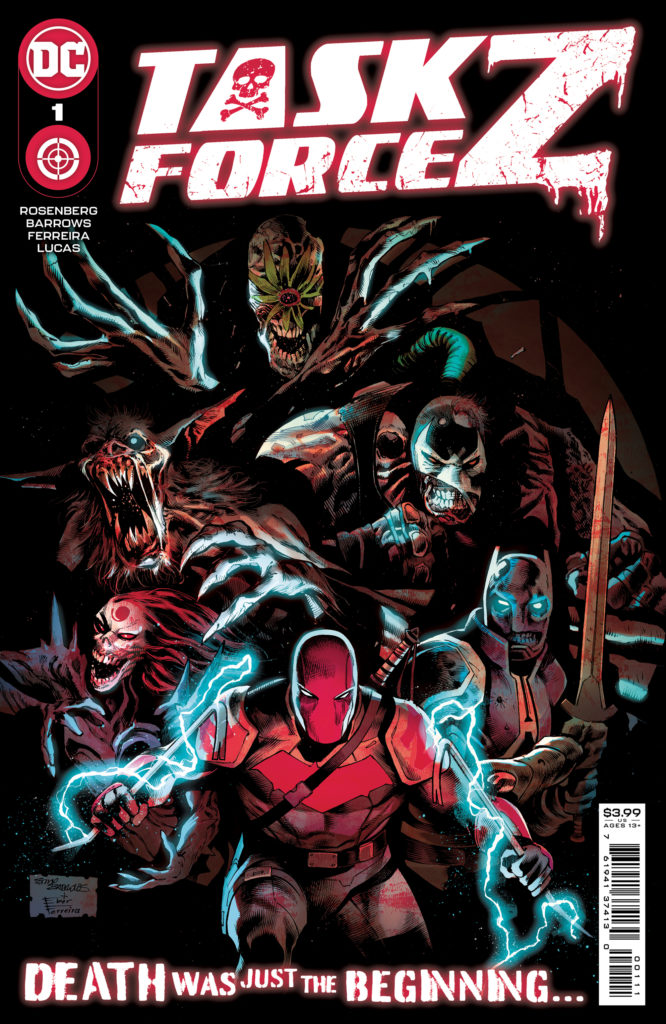 In the tradition of DCEASED comes a new, terrifying story from the minds of James Tynion IV, Matthew Rosenberg, and Otto Schmidt (Future State: Catwoman). DC VS. VAMPIRES is a special, standalone twelve-issue maxiseries, that will pit the Justice League against a secret army of vampires, leaving our heroes unsure of who they can trust. 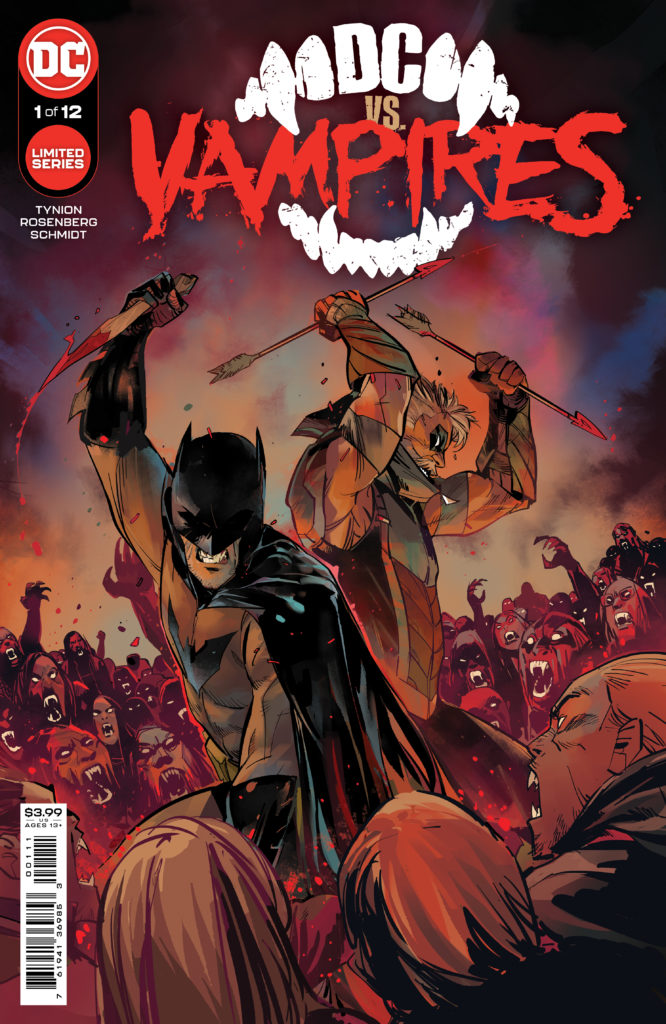 For the latest information on Red Hood, the Justice League, and the scariest stories in the Multiverse, visit the DC website at www.dccomics.com and follow @DCComics and @thedcnation on social media. The DC UNIVERSE INFINITE digital subscription service is your one-stop spot for a host of classic and memorable stories; for more information and to subscribe, check out the website at www.dcuniverseinfinite.com. DC fans can also catch up on classic DC cartoons, movies and shows on HBO Max.