DRACULA MAGAZINE: From Spain to London to Warren… and Beyond

In the mid to late '60s, Warren Publishing added a significant strand to the presentation  of comics via the publication of titles such as Creepy, Eerie and Vampirella, which duplicated the general approach of the EC-style horror and science fiction comic anthologies of the '50s, but with a magazine format aimed at adults that cleverly skirted the comics code and thus allowed for unprecedented creative freedom within the field of American comics.  By the early '70s, in parallel to the evolution of the Hollywood New Wave Movement (where directors such as Francis Ford Coppola, Brian DePalma, Monte Hellman and Martin Scorcese et. al. infused low budget genre B movies with technique gleaned from the likes of Goddard, Truffaut, and countless other European 'art' filmmakers) Warren's approach had grown similarly multilayered and internationally inspired, showcasing comics and painted pieces by American auteur pulp masters like Frank Frazetta, Neal Adams, Alex Toth and Richard Corben alongside work by emerging auteur European artists like Esteban Maroto, Jose Gonzalez and Jose Ortiz.

Meanwhile, in Spain itself, perhaps inspired by the success of their countrymen abroad, in 1972, two artistically minded entrepreneurs, Javier Aramburu and Manuel Salvat, and editor Luis Gasca, formed Buru Lan Ediciones, a line of magazines and impeccably designed hardcover books dedicated to reprinting classic American comics in prestige editions that highlighted their worth (like Flash Gordon and Prince Valiant), commissioning film criticism of the highest order, and creating new comics designed to achieve a level of artistry worthy of similar review alongside meaningful films and works of fine art.

Dracula Magazine, clearly named to have similar appeal to the Warren lines (though it was largely devoid of horror material and did not feature any reference to the character Dracula at all) was designed to do the latter, and across twelve issues, became a rare full color showcase (Warren's comics were b&w) of the art of Maroto, (who drew the lion's share of the pages in one of the command performances of his career) and other Spanish artists such as Alberto Solsano and Jose Bea, who variously created fantasy, science fiction, and gothic comic serials that demonstrated a meta commentary on classic genre imagery, invigorated by surrealism, and a decidedly psychedelic, even mystical perspective.  Cult science fiction and fantasy paperback artist Enrich Torres contributed five painted covers, creating consummate Giallo film-style tableaus that seemed designed to be shot by then rising Spanish art horror directors like Jesus Franco and Jose Larraz.

In response, the British Publishing company New English Library (at the time the publisher of a long list of the most important SF writers, from Frank Herbert to Michael Moorcock and Brian Aldiss -- who they published with lavishly illustrated covers) immediately recognized the merit of the approach and translated the pages of Dracula to English for distribution in the UK.  Warren itself responded by reprinting several installments of the magazine in its US Magazines, and in 1974 released an anthology of the first six issues of Dracula with a specially commissioned Maroto cover.

While Buru Lan ceased publishing in 1977, the mission statement of its founders (to curate and create comics with an eye toward true art, and connect the comics impulse to that of auteur filmmaking) had nonetheless largely been met, with all the artists involved going on to long and merit-filled careers, most centrally Esteban Maroto, who used his tenure at Dracula Magazine as a springboard to become one of the defining fantasy artists of the '70s and '80s, directly demonstrating the connectivity between comic art and New Wave cinema when in 1975 his work was featured by George Lucas in an initial pitch package for Star Wars.

[Editor's Note: This article was also published on and is courtesy of NeoText (They have many more pages from Dracula Magazine for those interested in seeing more artwork.) NeoText is a new digital publishing company dedicated to publishing short-form prose ranging from science fiction and noir novellas to investigative journalism and narrative nonfiction. Each release from NeoText is accompanied by covers and spot illustrations from acclaimed comic book artists and illustrators, including acclaimed artist Jim Mahfood and award winning illustrator François Schuiten.] 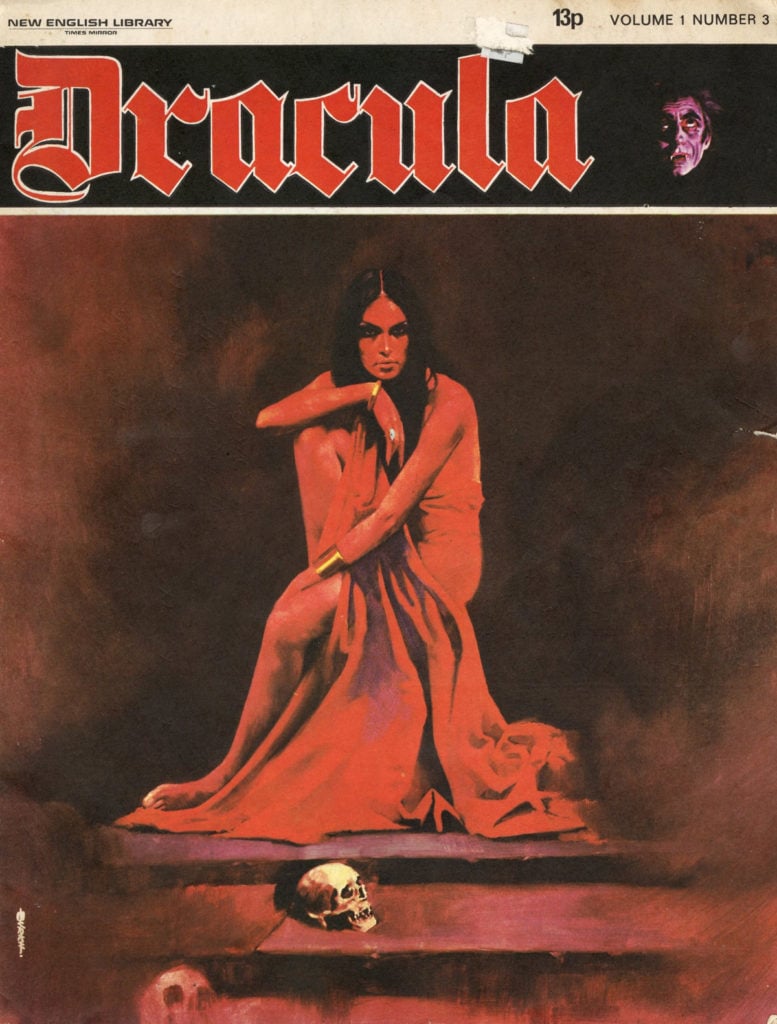 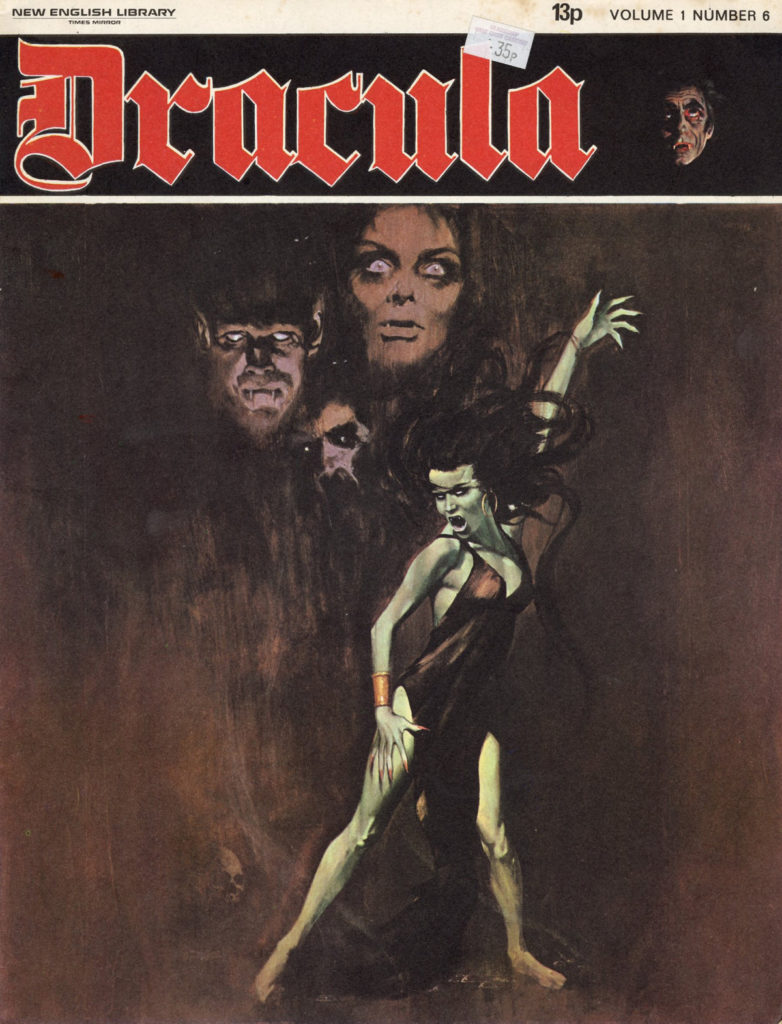 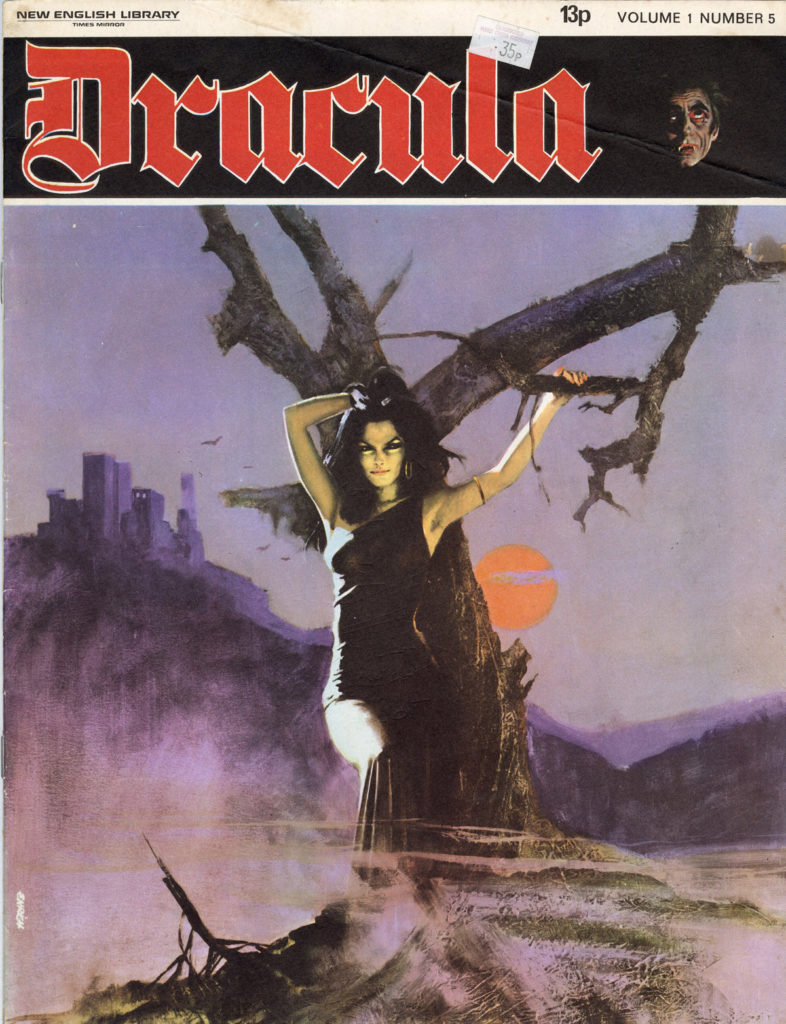