After viewing horror for decades (watch yer tongue), it just dawned on me how little truck international pictures – especially low budget horror – hold for purity of subgenre. Case in point: Mexico’s Cemetery of Terror (1985); a film set up as a Halloween clone, except Michael is a serial killer Satanist, and then it becomes a zombie film, and a kid’s flick that’s also really gory. All this, and Hugo Stiglitz to boot! They’re not wrong, of course; why have less genres when you can have more? It’s also stupidly fun.

Released in July Stateside with a homeland release the following December, Cemetery of Terror all but  came and went, and I don’t even remember this thing in video stores. (Not that it couldn’t have gotten past my eagle eyes, but I can’t see a North American mom and pop video store ordering four copies.)

But enough about VHS statistics from the ‘80s; let’s talk about this ultimately somewhat unique batfuckery of a film: As every horror should, we open with a murder from our baddie Devlon (resembling George Eastman in Absurd mode), who is taken down by police and killed. His psychiatrist, Dr. Cardan (Stiglitz - Nightmare City), wants the police to cremate Devlon, but they maintain he’ll be buried after an autopsy.

Also meanwhile, a group of cute school kids secretly plan to go traipsing through the local cemetery for some cheap thrills after dark; it is Halloween, after all.

But before the police can cremate Devlon, the party animals discover his demonic book and decide to have some fun, with said fun including stealing a corpse from the morgue and trying to resurrect it in… the cemetery. And, as luck (and screenwriting contrivances) would have it, the body they steal belongs to none other than Devlon; it would appear that harvesting the occult requires a shitton of luck as well.

All culminates in a grand graveyard third act that finds when you awaken Devlon, you rouse all of those around him trying to get some permanent rest. Will Dr. Cardan be able to get there in time to fight his way through the Cemetery of Terror?

Speaking of occult luck, this film came along at a time when I was looking for… well, something to reignite my passion for horror, specifically older horror. I just felt restless; I needed that rush again. (Specifically, I can't really write about older horror movies if I can’t find any I really like.) Cemetery of Terror worked directly on me because it refuses to adhere to any one ideology; part of my problem was focusing on choosing which subgenre to kickstart me back. The film fixes that by giving me some of a few, and finds that tropes are pretty transferable between them. Stupidity, for one; no shortage here!

It all manifests in the motivation. Finding Devlon’s book? Fine. Saying some incantations out loud? I get it, impress the ladies! Stealing a body from a morgue and dragging it to a cemetery? Perhaps a bridge too far.

But without that bridge, the movie goes nowhere. Nor would many of our favorite slashers and monster movies and everything in between; glue brain is essential to get normal people to do wildly inappropriate things. But within this low budget realm, films like Cemetery of Terror are free, nay encouraged, to bonehead their way from one decision to the next, like lambs to the screenplay.

Now, I like smart horror as well as the next ogre; but there’s a gregariousness to Cemetery of Terror I wasn’t expecting – it’s just so damn likable.

I must credit co-writer/director Rubén Galindo Jr. – of later Don’t Panic fame – for presenting this unique hybrid in such a cheerful, confident manner; this is a colorful film, very well shot, with energetic performances from all involved, including horror legend Stiglitz, here resembling no one as much as Stanley Tucci cosplaying as Stiglitz on an episode of Miami Vice. Remarkable.

Also remarkable? If one removed the gore, it wouldn’t be any more sacrilegious or dangerous than Scooby-Doo. But the gore is there, a fair amount too, and really well done by The Thing’s Ken Diaz. But the film is pretty chaste otherwise; Pepsi Free (did you look it up yet? It’s just Caffeine Free Pepsi. Hi Pepsi - regular Pepsi - if you’re reading this, I’m a lifelong drinker. It’s just the best. Check the site for my address. Thanks!) is the only drink, and heavy petting the only activity.

The graveyard finale (really the whole third act) brings this mix of pure and puke together quite wonderfully, and harnesses the film’s disparate genres into a charming tribute to them all. The “dead arise” sequence has a wonderful EC Comics feel that will make any horror fan smile, shallow graves and all.

Cemetery of Terror made me smile at a time when my horror heart needed it most, and requenched my thirst for good, goofy horror. Speaking of thirst… oh never mind, I don’t want to overdo it.

Cemetery of Terror is available on Blu-ray from Vinegar Syndrome for this, and a new, generation. 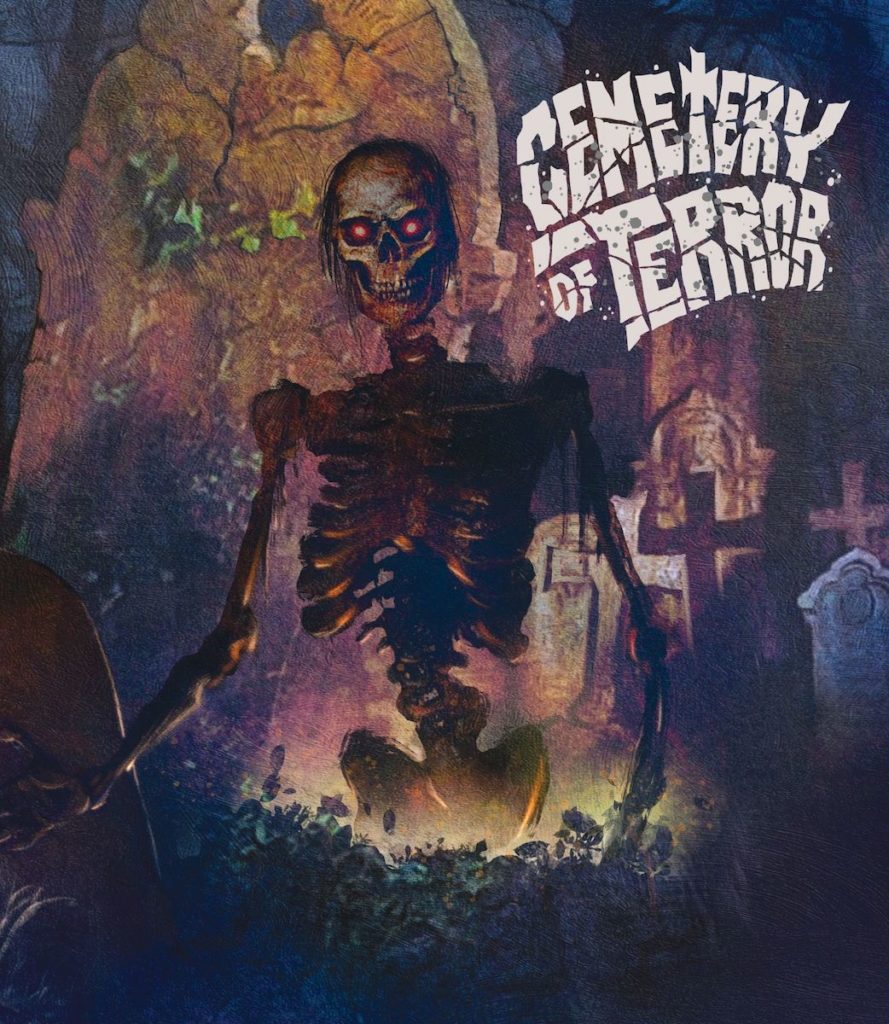 Next: Read Earlier Installments of This Series!