Exclusive Artwork from THE LAST COMIC BOOK ON THE LEFT Volume 2!

Get ready for more extraordinary genre tales from the minds behind Last Podcast of the Left and an all-star group of creators in The Last Comic Book on the Left Volume 2! We have all the details on the recently announced volume, along with an exclusive preview of artwork from Jenna Cha and Koren Shadmi!

Following the launch of THE LAST COMIC BOOK ON THE LEFT this summer, curators of the grotesque Marcus Parks, Henry Zebrowski, and Ben Kissel will return this Fall with a new volume stuffed with  tales disgusting, disturbing, and perversely delightful. Alongside the clandestine organization known as Z2 Comics, the minds behind Last Podcast on the Lefthave recruited a new batch of victims creators devoted to ushering terror and hilarity onto panel and page for THE LAST COMIC BOOK ON THE LEFT VOLUME 2. These conjurors of the profane will unleash new tales featuring Bigfoot, Philip K. Dick android, Gef the Talking Mongoose, the return of the Well Actually Killer, Alcatraz island, the Manson Family, and more sad, buttery goodness from Detective Popcorn.

"Our insatiable hunger for ink and blood couldn't be sustained with one volume," Marcus Parks explains.

"We needed to see more Detective Popcorn. We craved more of the Well Actually Killer, let alone debuts from Gef the Talking Mongoose and Philip K. Dick android. This volume delivers all of this and more in an avalanche of paneled goodness," Henry Zebrowski adds.

Like the first volume of The Last Comic Book on the Left, a series of prints will come bundled with deluxe editions of the book. Artists and subjects include:

"The Last Podcast on the Left is such a sordid marriage of meticulously researched terror and sucker punch hilarity," says Z2 Publisher and Editor Josh Frankel. "One book can't contain that potent nightmare fuel—expect this and many, many more volumes to come."

This deal was brokered by Z2 Comics A&R Liaison John Domingos, who joined the publisher following a decade plus working as a talent agent. “We set a pretty high bar for quality on the first book and are humbled by the fan response," Domingos notes. "There are so many amazing creators that are also fans of the Last Podcast reaching out to be a part of this project that hopefully there will be even more to come.” 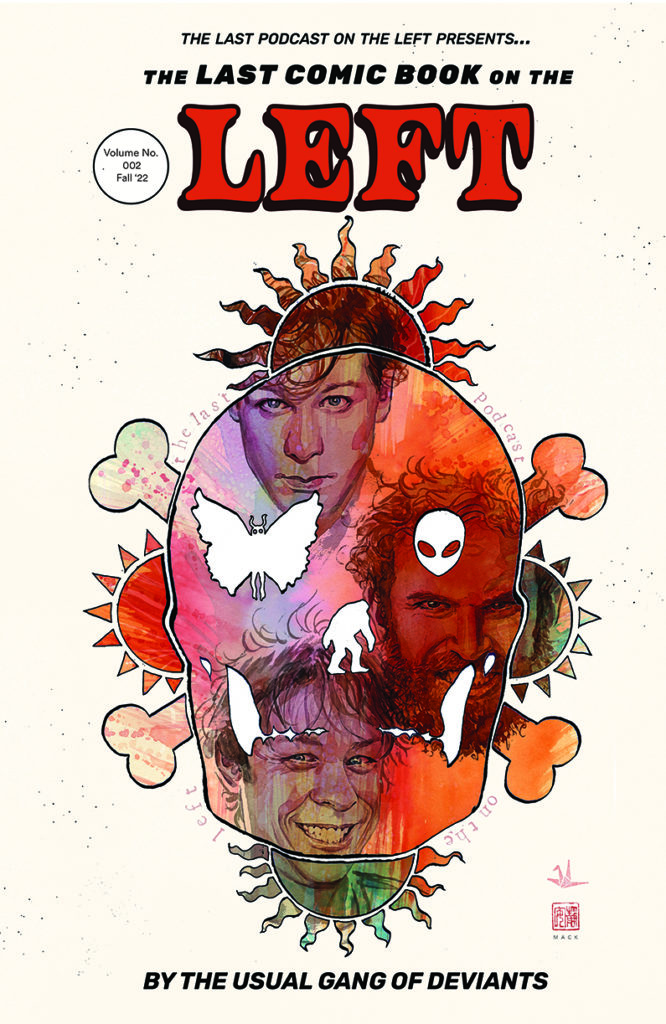 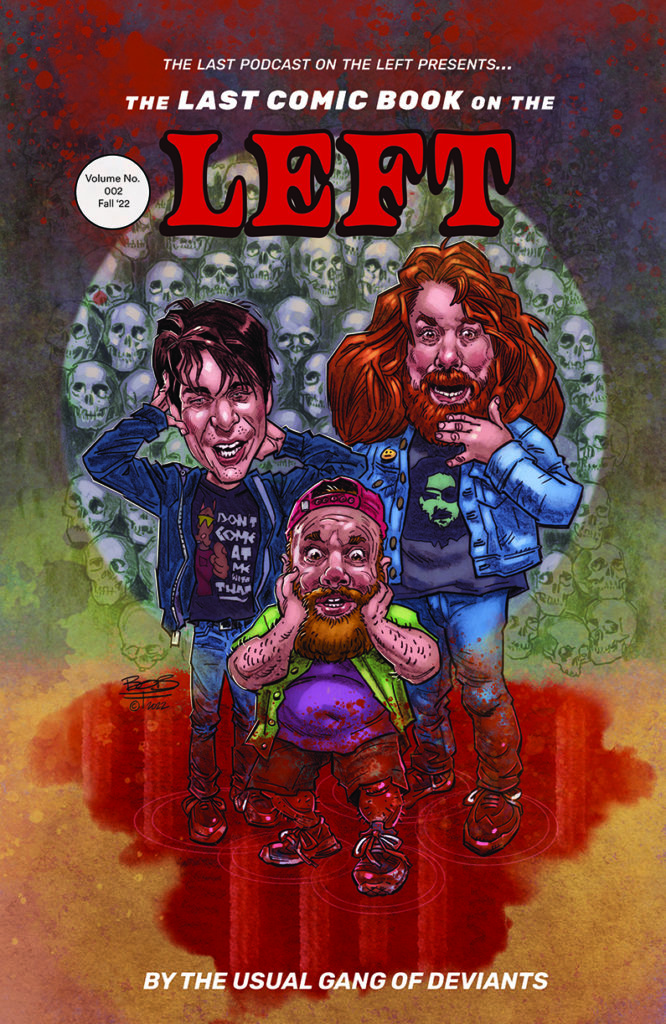 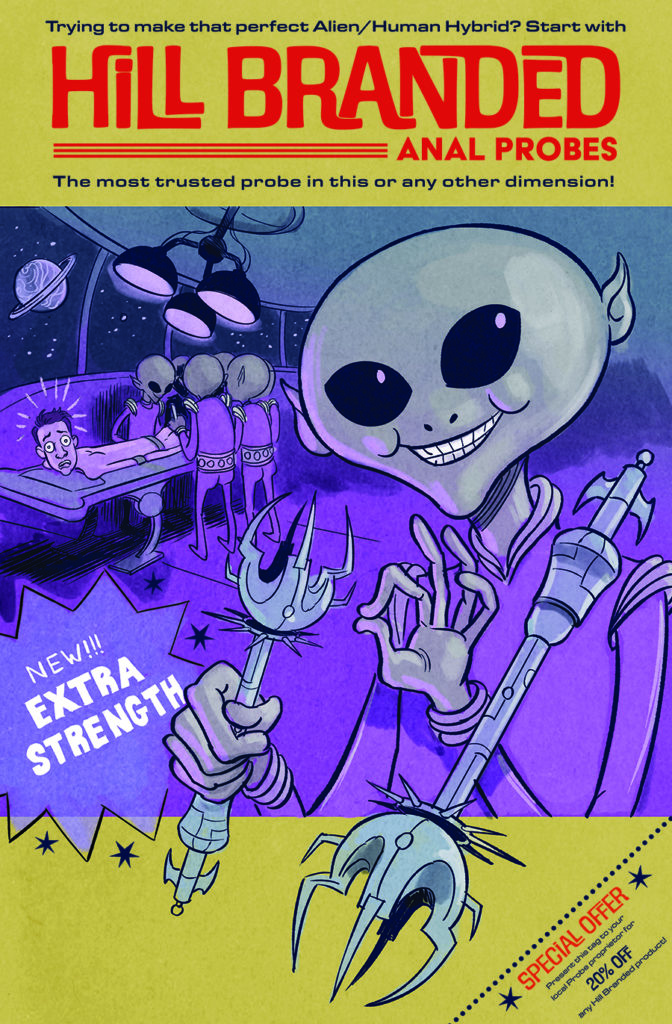 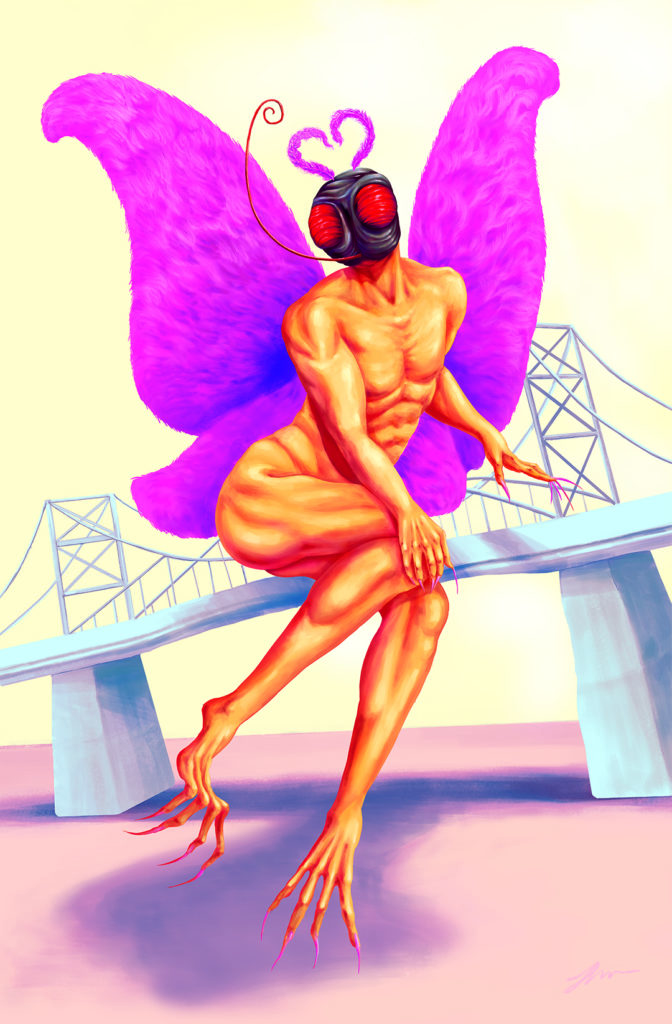