Premiering with its first issue on October 21st followed by a second issue on November 18th, Edgar Allan Poe's Snifter of Blood will feature new twists on Poe's "Black Cat," "Cask of Amontillado," and more!

Stay tuned to Daily Dead and AHOY Comics' website for more updates, and in the meantime, as a special treat for Daily Dead readers, we have the exclusive cover art reveals and details on the first two issues of Edgar Allan Poe's Snifter of Blood, featuring amazing artwork by Jill Thompson and Ryan Kelly, respectively.

The SNIFTER OF TERROR returns with an all-star snark-fest under a bloody new title! Paul Cornell (Doctor Who) and Russell Braun (The Boys) reimagine Poe's "Black Cat"––as a dog! In "Atlas Shrugged" (no relation), Mr. X creator Dean Motter settles the science vs. religion debate once and for all! Plus: prose, pix, and a jaunty cover by Scary Godmother's Jill Thompson! 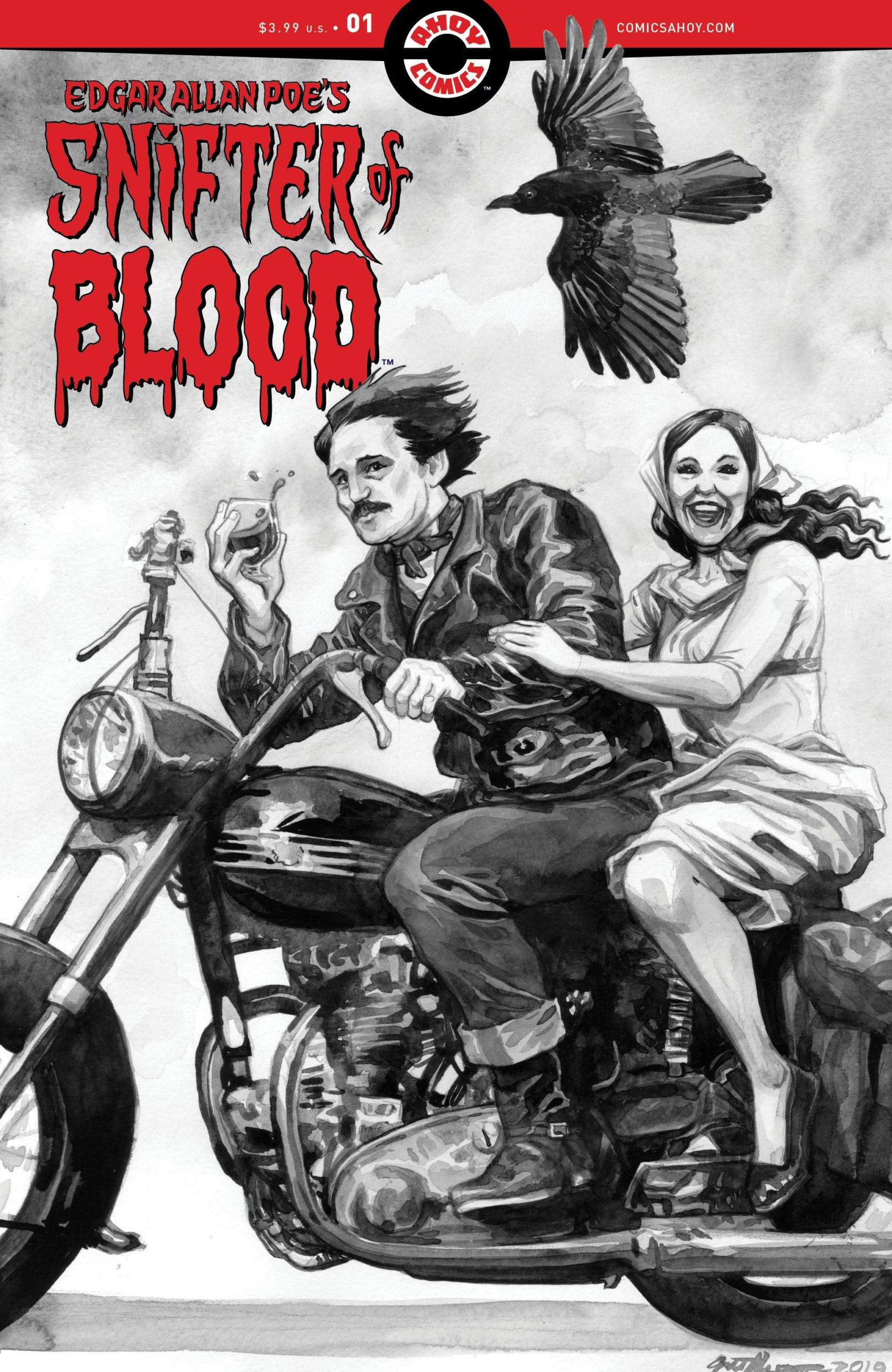 Writer Mark Russell (SECOND COMING) and artist Peter Snejberg contribute another in their popular original Cereal Monster series: A magical leprechaun invades the castle of a breakfast-obsessed vampire and his undead bride. PLUS! Poe attempts to explain his classic "Cask of Amontillado" to a group of famous writers who aren't impressed, in a story by Devin Grayson with art by Chris Giarrusso and Richard Williams. 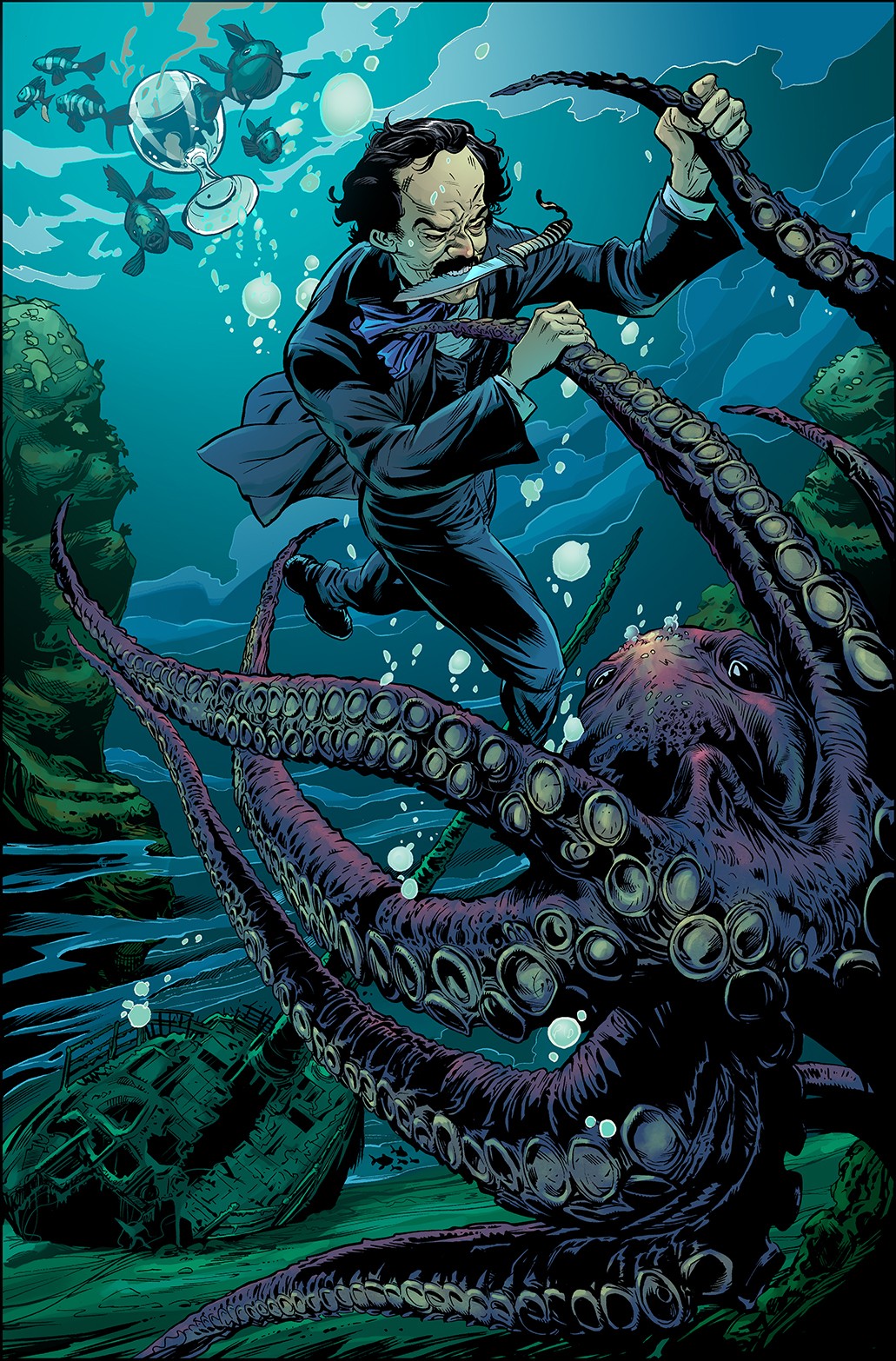