A former childhood detective returns to her hometown on holiday break only to get wrapped up in a mystery that could make it the literal Christmas from Hell in the new digital comic book series Friday. Written by Ed Brubaker, illustrated by Marcos Martin, and featuring colors by Muntsa Vicente, the first chapter of Friday recently launched on Panel Syndicate (giving readers the chance to name their price for the new comic and enjoy it from the comfort of their own homes). We caught up with Brubaker and Martin in our latest Q&A feature to discuss their new series, and we've also been provided with exclusive designs from the comic as a special treat for Daily Dead readers.

Thanks for taking the time to answer questions for us, Ed and Marcos, and congratulations on your new comic book Friday! How and when did you come up with the idea for this story?

Ed Brubaker: The general idea—of the teen detective who's outgrown her old life—is something I'd been thinking about for a long time, but I wasn't sure how to tackle it or if I ever would, until Marcos wrote me to see if I wanted to create a comic together for Panel Syndicate. Then it all came together pretty quickly, because I could see how it would be drawn, and who the character would be—and the idea that it would blend that YA horror vibe with more adult horror.

What was it about each of your respective styles that made you want to work together on this?

Ed Brubaker: I don't think there's any comics writer I know who wouldn't want to work with Marcos. He's one of the best storytellers in the field and he can draw anything. We're of the same generation, too, so we grew up reading a lot of the same cartoonists, even back to our appreciation of old newspaper strips and comics from the ’50s and ’60s.

Marcos Martin: Basically, I was looking to work with someone who I knew could inspire and motivate me to improve as a storyteller. And I’ve always admired Ed’s approach to writing: his story subjects, focus on character development, and his particular style, that unique sober sadness that to me, is one of the main qualities in his writing.

And I knew he was as passionate about our medium and the work as I am, so we’d both have a blast when nitpicking about every single detail and annoying the hell out of each other.

I love the ’70s-esque artwork of Friday. What made this style the best way to bring this story to life?

Marcos Martin: From the moment I read Ed’s pitch I knew I wanted the story to have a clear ’70s vibe in contrast to the Lovecraftian elements more associated with the early 20th century. In that sense, I felt the illustration style from the ’60s and ’70s was perfect since it did not only obviously evoke that time period, but some of it shared the same crosshatching technique you can find in gothic fiction. People like Tove Jansson, Harry Clarke, or most importantly Edward Gorey, who is probably the main influence in both the character designs and the overall visual mood and atmosphere of the book.

I felt this combination of early century gothic and the gritty ’70s would be the perfect way of evoking and putting into effect the sort of eerie, creepy mood required by the story, while hopefully still feeling modern.

Were you influenced or inspired by any other comic books, TV shows, movies, or novels while working on Friday?

Marcos Martin: Actually, I tried to stay away from any TV shows or movies that could become possible influences in terms of subject matter. I didn’t want to bring about any comparisons with Stranger Things, for example. And it was already hard enough to keep Lance from looking too much like Harry Potter or a young Sherlock Holmes.

The first chapter of Friday was released this week on Panel Syndicate, which seems like an especially good way to release comics during this pandemic. What has it been like to work with Panel Syndicate to release Friday to the masses?

Ed Brubaker: A lot of fun. We weren't planning for this to come out when there was no other way to get new comics, but I'm very glad that this platform is here for us to keep publishing our work on. And the readers seem to be really happy to have some new comics right now.

Marcos Martin: Ever since we started Panel Syndicate, one of my favorite things about it was the possibility of putting out a completely finished comic book and doing it in a way that was surprising and immediately accessible to anyone, anywhere in the world. It feels like that is an incredibly convenient feature at a time like this and I’m happy we’ve stuck around long enough to at least provide some easily accessible and affordable joy and entertainment.

How many chapters do you have planned for Friday? Do you have multiple story arcs that you want to explore in this series?

Ed Brubaker: This one will go at least 7 chapters, I think, and I have some ideas for more Friday books after this one, too.

Now more than ever seems like a great time to create. What advice would you give to aspiring comic book writers trying to break into the industry?

Ed Brubaker: The only way anyone ever broke into comics was just by doing a comic. Either drawing it themselves or getting someone else to draw it. You have to prove you can tell a story before editors or publishers will start believing you can. It's not an easy field to make a living in in the best of times, but the only path that's ever really worked is by just doing your own comics.

With chapter one of Friday now on Panel Syndicate in both English and Spanish, what other projects are you excited about, and where can our readers go online to keep up with your work?

Ed Brubaker: I'm excited about the next chapters of Friday, and me and Sean Phillips have a book stuck at the printer right now, waiting for the shutdown to end, that's called Pulp. I'm excited for readers to see that, since we spent the first chunk of this year laboring over it.

My main outlet online is a newsletter that I send out about once a month, with updates on my projects and other more entertaining things, like my favorite crime headlines of the month. If anyone wants to sign up: https://eepurl.us13.list-manage.com/subscribe?u=12703963b24c2d94a368d4082&id=ffaede124d

Marcos Martin: All my other creator-owned books are also available at panelsyndicate.com. The Private Eye and Barrier with fellow Panel Syndicate creators and partners in crime, writer Brian K. Vaughan and colorist Muntsa Vicente; and thanks to Robert Kirkman’s incredible generosity, the fully in-continuity special The Walking Dead: The Alien, also with BKV writing.

Friday synopsis: "Friday Fitzhugh spent her childhood solving crimes and digging up occult secrets with her best friend Lancelot Jones, the smartest boy in the world. But that was the past, now she's in college, starting a new life on her own. Except when Friday comes home for the holidays, she's immediately pulled back into Lance's orbit and finds that something very strange and dangerous is happening in their little New England town...

This is literally the Christmas vacation from Hell and neither of them may survive to see the New Year."

To learn more about Friday, visit: 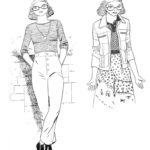 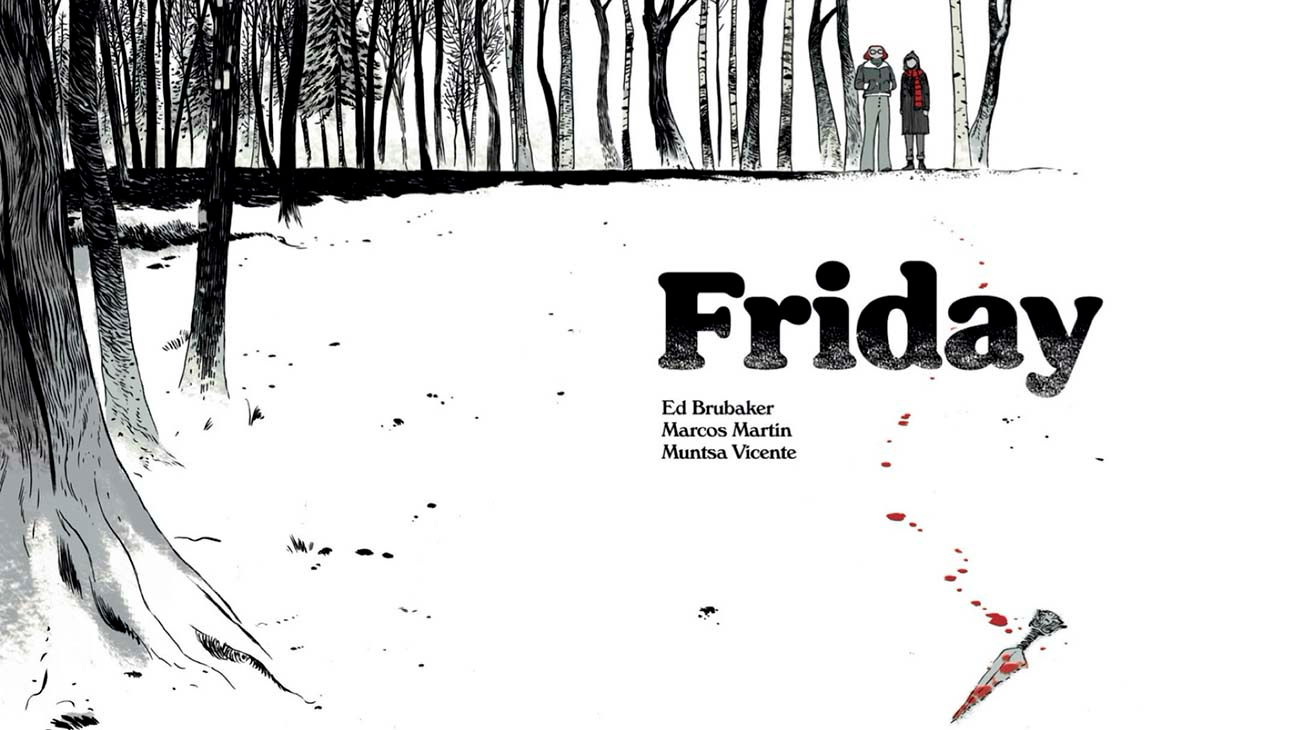