Hearkening back to the days of birthday pizza parties set to the backdrop of animatronic animals playing musical instruments, the eerie world of Five Nights at Freddy's: Help Wanted is now haunting the Nintendo Switch in a non-VR version that features the HD rumble feature that allows you to feel as well as see the game's nighttime scares.

From the Press Release: Oakland, Calif. – May 21, 2020 – Are you ready to tackle your nightmares? Independent studio, Steel Wool Studios, in partnership with ScottGames, Striker Entertainment, and global content leader Lionsgate (NYSE: LGF.A, LGF.B), today announced that the non-VR version of Five Nights at Freddy’s: Help Wanted, is launching worldwide on the Nintendo eShop for the Nintendo Switch™ system and is available to download now at an SRP of $29.99/€29.99/£24.99. Exclusively for the Nintendo Switch gameplay experience, players will feel the advanced HD rumble technology which will provide an even more suspenseful and spooky experience for the Five Nights at Freddy’s: Help Wanted horror game.

Five Nights at Freddy’s: Help Wanted is a collection of classic and original mini-games that showcases the best gameplay across the Five Nights universe. The games are divided into groups by game of origin and sorted by increasing difficulty. Players must survive terrifying encounters with the Five Nights at Freddy’s series fan’s favorite killer animatronics in a collection of games containing hours of adrenaline-fueled fun that players can now take on the go! “Where fantasy and fun come to life!”

Developed by Steel Wool Studios and published by ScottGames in partnership with Striker Entertainment and Lionsgate Games, Five Nights at Freddy’s: Help Wanted is available now for PlayStation 4, Windows PC via Steam, Oculus Rift, and Nintendo Switch. This game has been rated “T for Teen” by the ESRB. For more in-depth information about the game’s story, gameplay mechanics, please visit Steel Wool Studios’ official website for Five Nights at Freddy’s: Help Wanted and follow the game’s latest updates on their Twitter account. 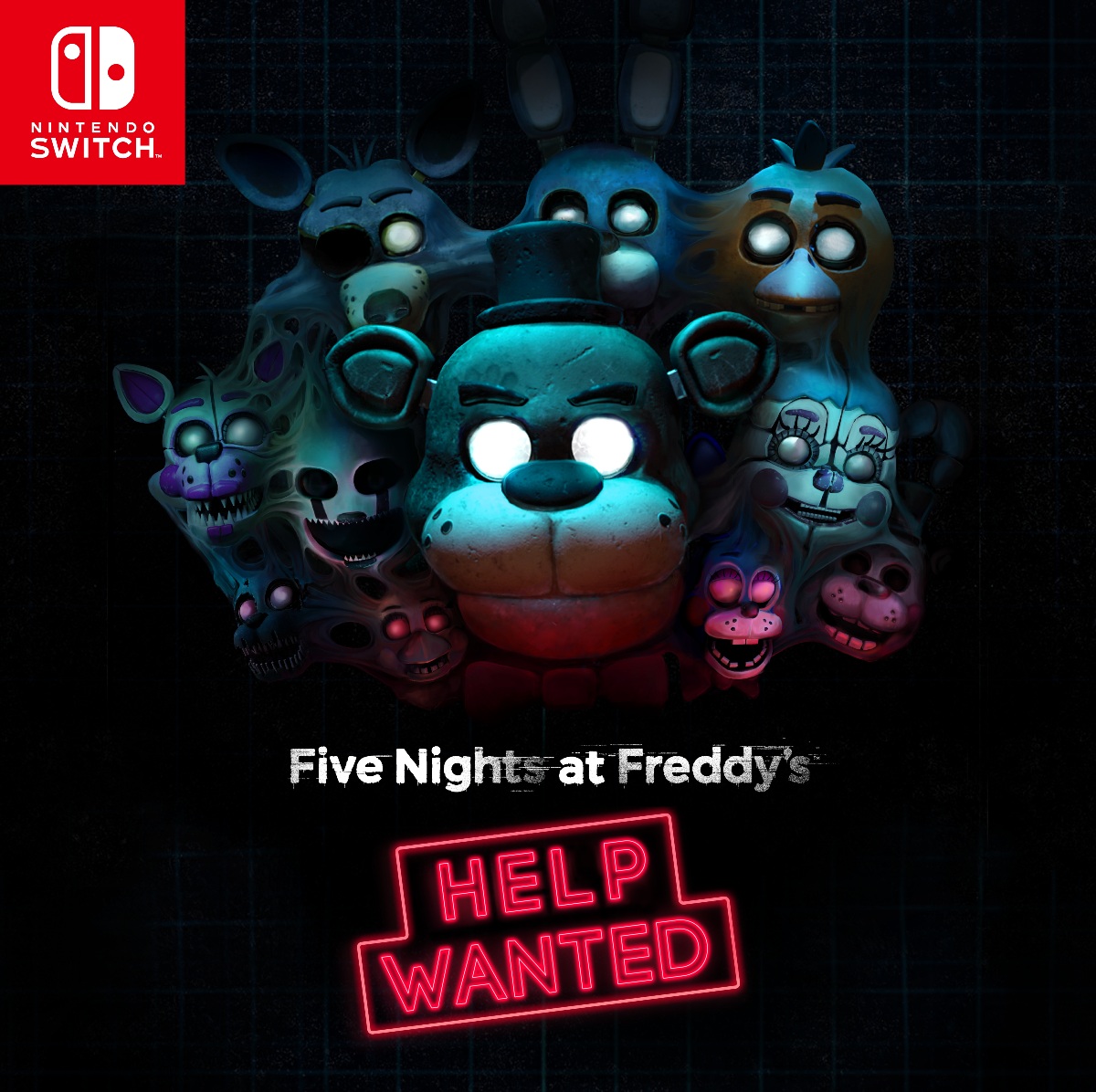