The 19th annual Flashback Weekend may be months away, but the announcements surrounding Chicago’s longest running horror convention have been coming in hot and heavy over the last few weeks, and genre fans in the Midwest definitely do not want to miss out on all the Flashback festivities that will be headed to the Hyatt Regency O’Hare Chicago (FBW’s new home!) from Friday, July 31st through Sunday, August 2nd, 2020.

While Flashback has already announced a slew of impressive guests for this year’s convention, including Tobin Bell, Shawnee Smith, Alex Winter, William Sadler, Nick Castle, Kane Hodder, Jenette Goldstein, Mark Rolston, Quinn Lord, Sandy Johnson and Peter Cowper, but for 2020, they’re also bringing together some of the most iconic vehicles in the horror genre, including the long-lost station wagon from John Carpenter’s original Halloween, which fans will have the opportunity to not only sit in, but can also take pictures with Halloween star Nick Castle in as well.

Other vehicles to be featured at Flashback Weekend 2020 include the titular car from Christine, a Hemi Cuda tribute car from Phantasm II, and the Green Goblin head from Maximum Overdrive.

Read on for all the details from Flashback’s press release below, and look for more announcements from the con as we get closer to the event this summer!

From the Press Release:

The long lost original “HALLOWEEN Wagon” driven by Nick Castle in “John Carpenter’s HALLOWEEN” (1978) has been found and will premiere at Flashback Weekend in Chicago this Summer as part of the Horror Auto Museum!

“The HALLOWEEN Wagon” featured in the classic “John Carpenter’s HALLOWEEN” (1978) will be premiered at Flashback Weekend Chicago Horror Con July 31 - August 2, 2020 at the Hyatt Regency O’Hare Chicago in Rosemont, IL.    Fans will have the opportunity to take photos with the iconic Station Wagon, and even sit INSIDE this piece of cinema history in the very seat in which Nick Castle (as Michael Myers) sat back in 1978!

This is the very station wagon which Nick Castle drove on location in 1978 during the filming of “John Carpenter’s HALLOWEEN”.   This 1978 Ford LTD station wagon was rented from a car rental agency for two weeks of filming.  After filming was completed, the wagon was returned to the rental agency and auctioned off for private use.  It then sat in a barn for decades before being sold to its current caretaker.  The Wagon has received a thorough and complete exterior and interior frame on restoration. The Illinois State Logo and Prisoner Cage have been once again added to the Wagon.

Entry to the Horror Auto Museum will be included with a Flashback Weekend Chicago Horror Con admission.  Tickets will be on sale soon.   Visit www.flashbackweekend.com for updates. 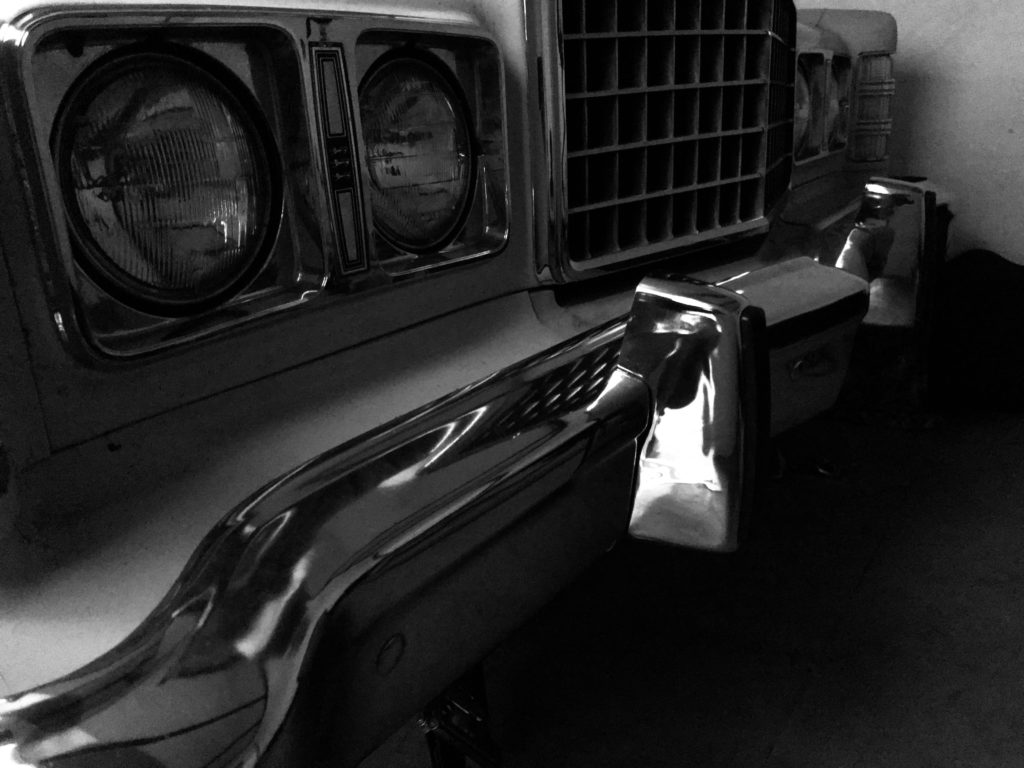 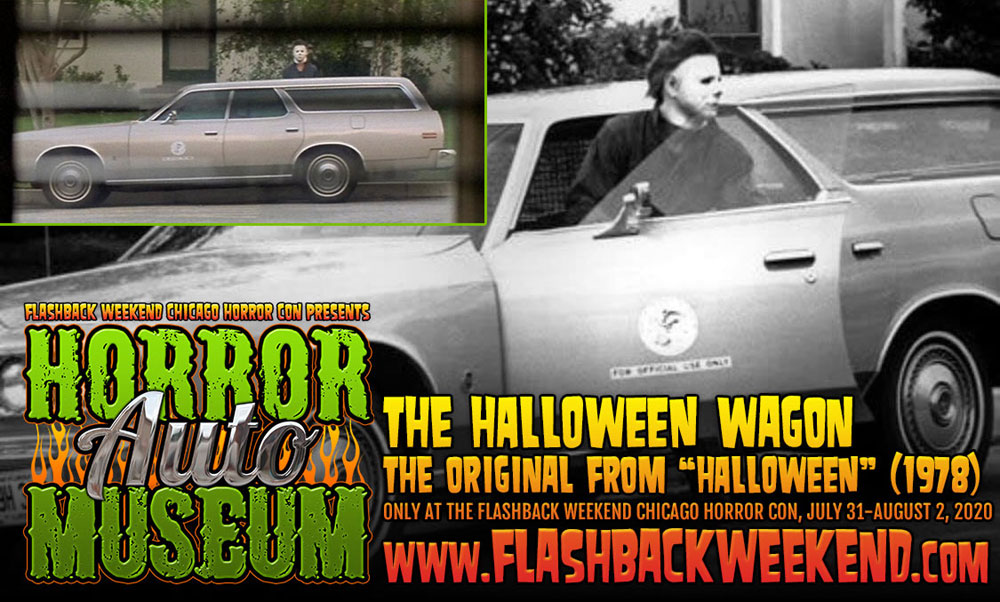