On February 7th, Netflix opened the doors to Keyhouse with the first season release of Locke & Key, giving viewers a season-long adaptation of Joe Hill and Gabriel Rodriguez's Lovecraftian graphic novels. To celebrate the first season of Locke & Key, Daily Dead recently had the pleasure of joining other journalists in an "Inside Keyhouse" press event with Hill, Rodriguez, and the creators of the TV series, Carlton Cuse and Meredith Averill.

During the event, the creative quartet discussed a wide range of topics regarding the show and its source material, including Tom Savini's cameo, the story's blend of fantasy and horror, why Netflix was the perfect home for the adaptation, and what lies ahead for Locke & Key—in both the worlds of the comic book and TV series.

You'll find highlights from the "Inside Keyhouse" event below, as well as behind-the-scenes photos and artwork. And, in case you missed it, be sure to check out Sara Clements' review of the first season.

On the show's blend of fantasy and horror:

Joe Hill: The comic leans a little more into horror, and the show is more a work of dark fantasy that also comments on horror a lot in a way that's really interesting. It isn't horror, but sort of talks about horror a little bit. [There's] the Savini Squad, which is a gang of horror enthusiasts and they talk a lot about final girls. It's not as meta as something like Scream or The Cabin in the Woods, but there's definitely a thread of conversation about fantasy and horror in films and using what people have learned from pop culture to adapt to the situation they find themselves in Keyhouse."

On the human-centric horrors of Locke & Key:

Gabriel Rodriguez: ...A point that we tried to make throughout the story of the Locke & Key comic as well is that despite having these magic and horror elements, the true horrible things that you have to be scared about come from the way in which people treat each other. That's something that's in the bottom line of Locke & Key, that despite the magic and the horror, the truly horrible things that people have to overcome throughout the story are things that we human beings do to each other. That's something that's a really powerful [thing] to explore from the point of view of a fantasy and horror story, to realize that these are just mirrors to see ourselves and the way we deal with each other. And to figure out that beyond anything that could be part of this world that we face or problems that can be bigger than life, it's the way in which we way we manage our own relationships, in which we build the things that either damage us or help us reconstruct our lives.

Joe Hill discusses Tom Savini's cameo in Locke & Key and reflects on watching him during the filming of Creepshow:

Joe Hill: We were talking about Kinsey falling in with a group of eccentric, fond geeks. And so then the question is, "What do they geek out about?" In the comic, there are some characters, Scot Kavanaugh and Jamal Saturday, who are clearly really into horror. And I thought, "What if we did that, but on a broader scale?" Have a whole kind of club that was into horror filmmaking, which allows for that meta commentary. And then I thought, "Who would they dedicate their club to?" And a person that has meant a lot to me over the years that I have gone back to again and again is Tom Savini.

A little digressive story here is that I was a child actor, I spent eight days on the set of Creepshow in 1982, where I played the character Billy, who gets even with his dad with the voodoo doll. It was shot in Pittsburgh by the great indie filmmaker George A. Romero. It was 1982, it was a different era of filmmaking. They didn't have the same labor laws about how long kids could work, or about on set care. They didn't have an on set babysitter or anything like that. There was no one to look after me, so they put me in Tom Savini's trailer and Tom Savini was my babysitter for eight days, and it was great. He was like my first rockstar, because he had this cool leather jacket and eyebrows like Spock, and I spent a week watching him creatively disfigure movie stars and invent these amazing monsters. By the time I left, I knew that's what I wanted to do, too, which is I wanted to kill people in inventive ways and invent really remarkable monsters. And that is kind of what I wound up doing, so it seemed natural to give a shout out to Tom Savini in the show.

On emphasizing the stories of the kids in Locke & Key:

Carlton Cuse: I think they were connected. For instance, in the Hulu version and the comic, the story starts with the brutal murder of Rendell Locke, and it's such a powerful piece of storytelling, but in a way it felt overweighted. We're doing a show that delves into these magical keys and explore the wonderment of them and these kids coming of age as they increasingly become responsible for them. We didn't want the audience to be like, "Look at the brutal murder of this dad," and go, "That show's not for me. That's not the type of show I want to watch." So we decided to tell the story in flashbacks. I think it's no less emotionally effective, but it does convey that this isn't what the show is, this is part of the show.

Joe Hill on the show's journey to Netflix:

Joe Hill: I think this is the story in its best possible version. Because we had fun doing the comic. We always had fun doing the comic, and I feel like this is also the most fun version of the story. It has an energy and a fizz which is really exciting and compelling and makes you want to keep watching. Some people have made much about the long process it took to get to Netflix, but I don't know, I've had ideas for stories where I took a stab at it, wrote half a novel, and left it. My second novel, Horns, that idea developed over eight or nine years, and I had two or three other stabs at it before I finally got it write. Sometimes the subconscious needs to keep working. It is like you're turning a combination lock and you're waiting to hear it click, and everything finally clicked this time out.

Joe Hill and Gabriel Rodriguez discuss working on new Locke & Key comics, including a one-shot and a new six-book series:

Joe Hill: I'm in the midst of writing one called Locke & Key: Pale Battalions, and it's set at the beginning of the 20th century and will take the comic in a really interesting direction, a direction it's never gone before. And there is a plan for another six-book series called World War Key, which I've talked about. We've been mapping the whole thing out.

Gabriel Rodriguez: We've been discussing the concepts and ideas for a new story since we finished the first one. It's such an engaging universe and one of the things that fell in your lap and you don't expect it to be as good and as intense and as engaging as it ended up being. And you really feel a sense of responsibility toward it, if you're going to get back to this world and these characters again, there is a meaningful story to tell. After the process of discussing and pitching each other ideas for years now, we feel we're both ready to get back to this and tell something that's going to be engaging and passionate.

On the potential for a second season:

Carlton Cuse: I think that if you're a television creator, you kind of spend your bullets. You really do. So for us, the goal was to tell the best first season story that we could and then just feel confident that by doing that, enough narrative things will open that there will be a great second season. And I think that's proven to be true, because while Netflix doesn't officially pick their shows up until they get some data on how they've done, they have paid for a writers' room, so Meredith and I have been working on the second season and I think it's really good. It definitely has elements from the comic book, but this show is this living, breathing entity with all of these things, and as Joe was saying earlier, you have these characters that are brought to life, and then you start to get this character drama that you maybe don't expect, you start seeing how these characters interact with each other. There's a lot of stuff that arose that we have leaned into, and we're really excited about where season two is going. We're still connected to the comics, for sure, but now this has its own life. We've also had Joe participating with us.

Joe Hill: As far as the one-shot goes, this is a thing that we've been talking about for a little while now. It involves the characters from "Open the Moon" and "Small World," and it's taken us some time to organize it. This next standalone is the gateway to a larger story that we've been dreaming about for years, and it's been a hell of a thing to pull together. We'll be talking about that in the next month.

On whether or not future seasons are mapped out:

Meredith Averill: Not specifically, no. Right now we just love living in this world and we have stories for a few seasons to come percolating in our brains, but it probably would not be prudent to say, "Four seasons and that's it," because if you want to give us five, we would only be so happy to be in this world for that long. We're very lucky that Gabriel and Joe have written this amazing, rich mythology in which there's so much story to pull from and also so much story to come to pull from. 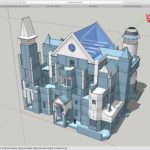 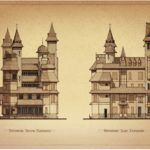 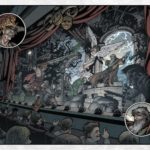 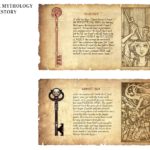 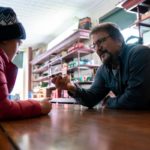 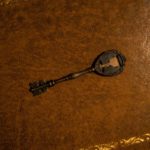 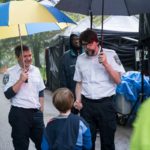 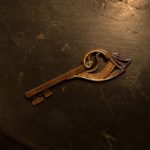 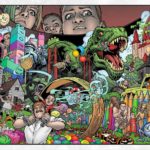 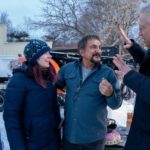 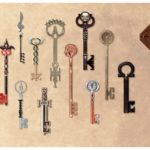