Horror Highlights: AND THEN I WOKE UP, ROOM 203, FANTASPOA 2022, NIGHT VISITORS, GODFORSAKEN

AND THEN I WOKE UP: "In the tradition of Mira Grant and Stephen Graham Jones, Malcolm Devlin’s And Then I Woke Up is a creepy, layered, literary story about false narratives and their ability to divide us.

"A scathing portrait of the world we live in and a running commentary on what’s story, what’s truth, and what’s not."—Stephen Graham Jones

In a world reeling from an unusual plague, monsters lurk in the streets while terrified survivors arm themselves and roam the countryside in packs. Or perhaps something very different is happening. When a disease affects how reality is perceived, it’s hard to be certain of anything…

Spence is one of the “cured” living at the Ironside rehabilitation facility. Haunted by guilt, he refuses to face the changed world until a new inmate challenges him to help her find her old crew. But if he can’t tell the truth from the lies, how will he know if he has earned the redemption he dreams of? How will he know he hasn’t just made things worse?" 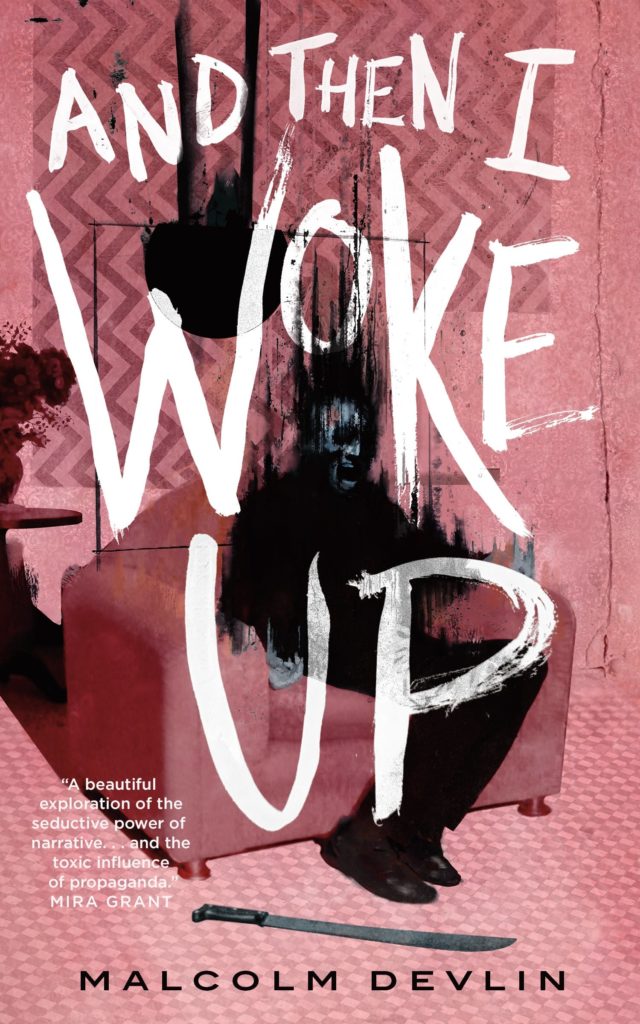 ROOM 203: "After lifelong friends Kim and Izzy move into Room 203, a quirky apartment with a creepy medieval stained glass window, Kim slowly becomes convinced that their new home may be haunted. With help from her new boyfriend Ian, Kim investigates the tortured history of the apartment, discovering a string of disappearances of former residents, a murder mystery from half a century ago, and an ancient curse that threatens to possess Izzy and kill Kim."

FANTASPOA 2022: "After revealing the first batch of titles from its upcoming lineup last month, Brazil’s Fantaspoa Fantastic Film Festival is proud to announce the remaining selection of features appearing in its eighteenth edition. The full Fantaspoa 2022 lineup will consist of 90 features and 97 shorts - equaling 187 incredible movies, shown in five theaters around Porto Alegre from April 15 to May 1 of this year.

The festival’s selection of feature films is divided into five competitive sections: International; Ibero-American; Brazilian; Animation; and “Mondo Bizarro”. While the first three are based on the geographic origin of the productions, the others are built solely around genre and content. The animation program, as its name suggests, celebrates global productions that contain some form of animated content; while “Mondo Bizarro” exhibits transgressive work with more radical agendas - films that explore diverse and unconventional media, themes, and formats. Says organizers João Fleck and Nicolas Tonsho, “Our exhibition categories aim to give a glimpse into genre film production in recent years. We want to challenge our audiences and show quality cinema that, unfortunately, would rarely reach cinemas here if not for festivals like Fantaspoa.”

This year's edition of Fantaspoa will pay homage to filmmaker Yoshihiro Nishimura, who will be in attendance as a special guest. The festival will celebrate the career of the Japanese splatter master, and screen two fan favorites from his thirty-plus years in the industry: TOKYO GORE POLICE (2008) and VAMPIRE GIRL VS FRANKENSTEIN GIRL (2009). Fantaspoa will also proudly stage the World Première of Nishimura’s latest spectacle, HOLY MOTHER.

After two wildly successful online editions, Fantaspoa XVIII will proudly return to not just live screenings – but live events, including its popular closing night party, with a costume ball, aboard a boat on the Guaiba River, the massive body of water that puts the “Port” of Porto Alegre. The fest will also host another party, a costume contest, three screenings with live music, and five free in-person workshops which will address different topics, such as animation, production, screenwriting, assistant director skills, and the relationship between theater and the movies.

Joining the previously announced films, the festival is proud to reveal the final 46 features included in Fantaspoa XVIII. Eight of these titles will make their World Premiere, four will celebrate their International Premieres, thirteen will have their premiere in Latin America, and twelve will have their Brazilian Premiere - emphasizing Fantaspoa as the most important window for the exhibition of cinematic production in the Latin American fantasy genre.

Fantaspoa XVIII is presented by Ministério do Turismo, Fantaspoa Produções, and Instituto Ling, and sponsored by Banricard and Crown Embalagens.

The second round of fantastic features selected for Fantaspoa 2022 are: 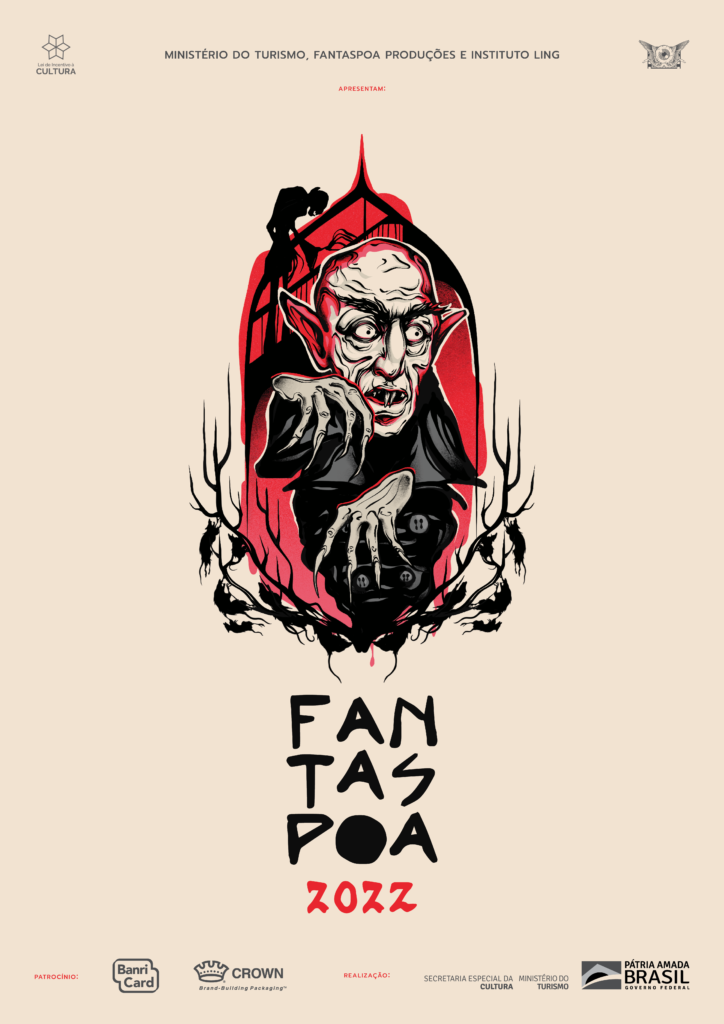 NIGHT VISITORS: "Do cattle mutilations still plague the American West? According to On the Trail of UFOs: Night Visitors, the latest documentary from Small Town Monsters, the phenomenon which was popularized through references in shows like "The X-Files" and "Unsolved Mysteries", continues to this day. Today, cattle mutilations are thought to go hand in hand with mysterious objects in the skies (commonly referred to as UFOs or UAPs) and that’s what first brought indie documentary crew Small Town Monsters and investigator Shannon LeGro to the Miller Ranch in southern Colorado.

While filming this latest chapter in their series, LeGro and company found an unusual amount of activity centered around this particular ranch. Everything from odd lights seen in the air and on the ground, to unusual sounds, enigmatic government black helicopters and even specific corners of the property that seemed to invite deadly accidents. At the heart of all this bizarre activity was a series of cattle mutilations that truly call into question what we think we know about the topic of UFOs and little green men from outer space.

Tom Miller, the property owner and lifelong rancher, claims that he’s lost at least 16 cattle in ways which defy logical explanations. Missing organs, precise laser-like cuts, and horrendous wounds are typically all that remains. In Night Visitors, LeGro and Small Town Monsters founder Seth Breedlove explore the property, as well as a mutilation site and examine evidence left behind.

Available on Cable VOD and Digital HD from 1091 Pictures

"An indie filmmaker visits his hometown to attend a childhood friend’s funeral. When she seemingly rises from the dead during her wake with mysterious abilities, he and a group of friends begin to investigate and record the town’s experience as they try to get to the truth. Some claim she is God; some claim she is pure evil. They soon learn that not all miracles are holy.

How long had you been looking at bringing GODFORSAKEN to the screen?

I came up with the idea in 2018 and originally had it set up to be shot in Kabul Afghanistan, but unfortunately that deal fell through. I ended up shooting the movie in Harriston Ontario in November 2019 which I think worked for the best.

Would you say it’s influenced by any other religious-skewed horror films?

Yes I think so, the movie is inspired by the Turkish found footage film Dabbe: The Possession and Rec both of which have religious undertones.

What a cast! Who was the first aboard?

Chad was the first aboard as I asked him to co-produce as well. Chad then brought Melie to my attention and we cast her as Lisa very quickly. We had Dom in mind as we have worked with him before and knew he would fit this role perfectly. He was the next cast and then the rest fell into place shortly after!

Did you have an idea on who would play the lead pretty early on?

I have worked with Chad on a few different short films so I immediately thought of him as our lead. He is also an excellent producer so I think it worked out perfectly.

Being an independent production, I’d think you probably ended up wearing more hats on it than credited. Was that the case?

Yes, this is always the case on an indie production. Gotta save that money when you can. My main credits are Writer, Director, Camera Operator and Editor. I also managed the budget, overseeing everything from handling cash during production to paying our cast and crew.

If an awards ceremony were going to show a moment from the film, what moment would you ask them to play?

Probably the funeral scene at the beginning. It doesn’t give away any of the story and sets up the mood and style of the movie perfectly.

Considering the year, we’ve had, most of us are appreciate film and other forms of entertainment more than ever.  How have you been distracting yourself from outside worries during the past year?

For the first six months I was still editing Godforsaken.  Once that was done, I wrote a couple feature scripts that I am hoping to bring to the screen soon.  I also watched A LOT of TV and movies."

GODFORSAKEN is now available on digital from TERROR FILMS.