Black Christmas (1974) and Carrie (1976) Coming to 4K UHD: "Your stocking stuffers are sorted! At long last, two of the most iconic horror films of all time, Black Christmas and Carrie, come to 4K UHD this December from Scream™ Factory, looking better than ever before, and packaged with exciting new bonus features. Black Christmas (1974) (Collector's Edition) (4K UHD) will be available December 6 and Carrie (1976) (Collector's Edition) (4K UHD) arrives on December 13. Customers ordering these titles from shoutfactory.com will receive a free exclusive 18”x24” rolled poster featuring the original theatrical artwork while supplies last.

In Black Christmas (1974) (Collector's Edition) (4K UHD), the college town of Bedford is receiving an unwelcome guest this Christmas. As the residents of sorority house Pi Kappa Sigma prepare for the festive season, a stranger begins to stalk the house. A series of obscene phone calls start to plague the sorority and it becomes clear that a psychopath has more than merriment on his mind. As the police try to trace the phone calls, they discover that nothing is as it seems during this Black Christmas.

Based on the best-selling Stephen King novel, Carrie, an "absolutely spellbinding horror movie" (Roger Ebert), stars Sissy Spacek and Piper Laurie. This ultimate revenge fantasy has become one of the all-time great horror classics, and earned two Oscar®-nominations in 1976: Best Actress in a Leading Role (Spacek), and Best Actress in a Supporting Role (Laurie).

At the center of the terror is Carrie (Spacek), a high school loner with no confidence, no friends ... and no idea about the extent of her secret powers of telekinesis. But when her psychotic mother and sadistic classmates finally go too far, the once-shy teen becomes an unrestrained, vengeance-seeking powerhouse who, with the help of her "special gift," causes all hell to break loose in a famed cinematic frenzy of blood, fire and brimstone! This classic also stars John Travolta (Blow Out), Amy Irving (The Fury), William Katt (House) and P.J. Soles (Halloween).

Carrie (1976) (Collector's Edition) (4K UHD) will also be available in a bundle, along with other collectible items. Carrie [Limited Edition SteelBook™} will also be released on December 13. 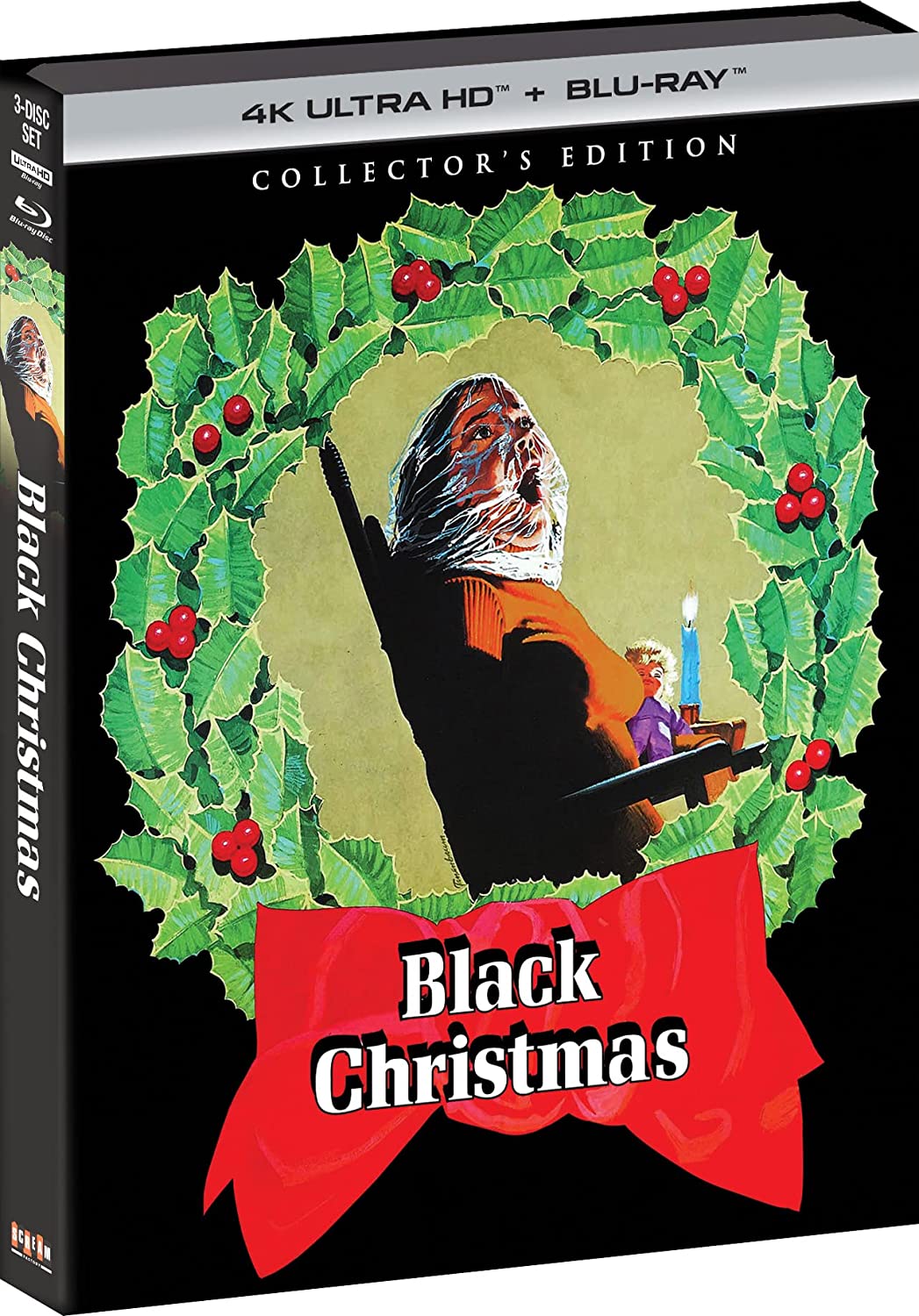 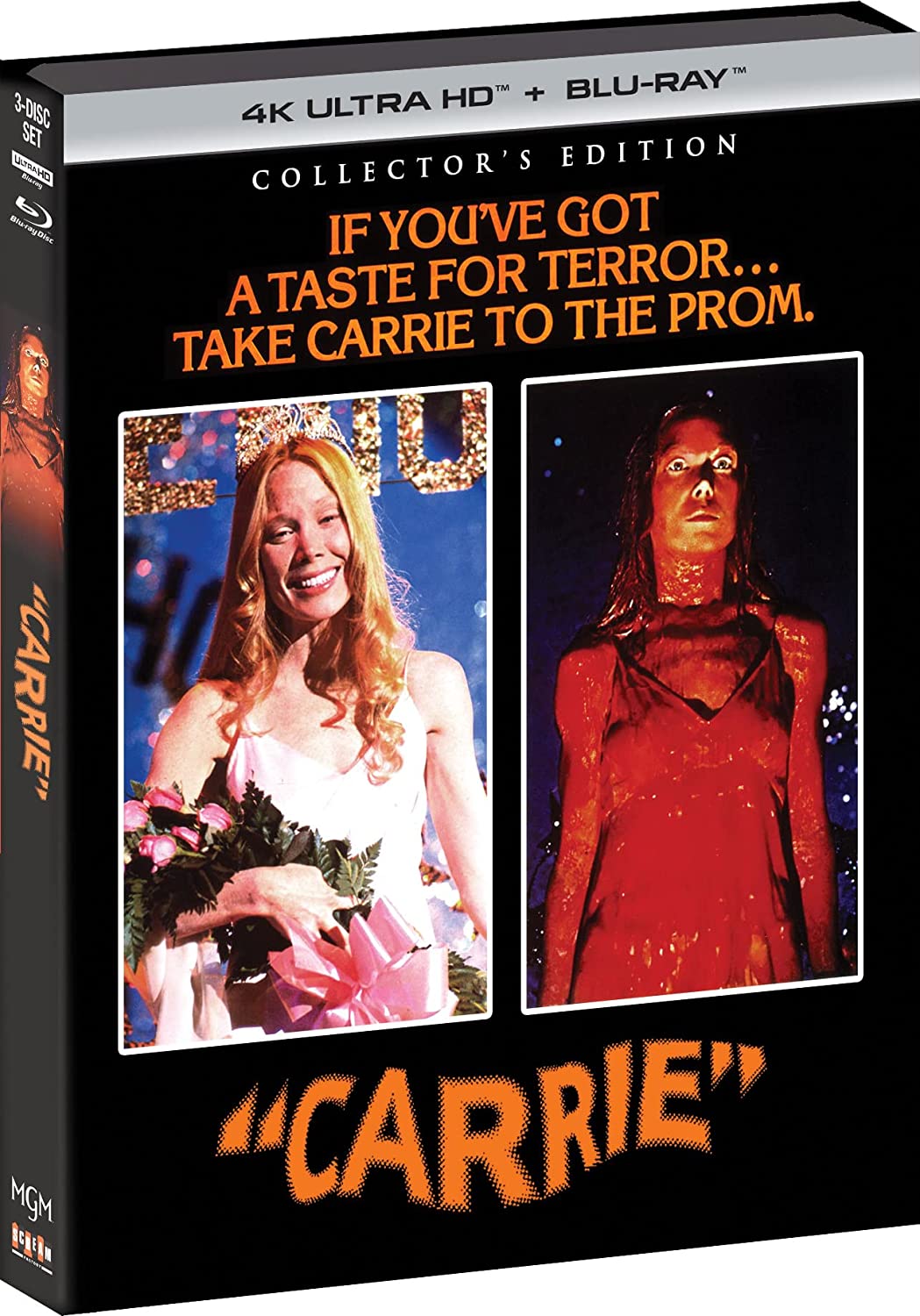 Clips from V/H/S/99, now streaming on Shudder: "V/H/S/99 harkens back to the final punk rock analog days of VHS, while taking one giant leap forward into the hellish new millennium. In V/H/S/99, a thirsty teenager's home video leads to a series of horrifying revelations.

Watch the Trailer for The Friendship Game: "The Friendship Game follows a group of teens as they come across a strange object that tests their loyalties to each other and has increasingly destructive consequences the deeper into the game they go."

Watch the Trailer for Soft & Quiet: "Playing out in real time, SOFT & QUIET is a runaway train that follows a single afternoon in the life of an elementary school teacher, Emily, who organizes an inaugural club meeting of like-minded women. When they all decide to move the meeting to Emily’s house to keep the wine flowing, they stop at the local store to pick up refreshments. At the store, an altercation breaks out between a woman from Emily’s past and the group, leading to a volatile chain of events.

Beth de Araújo is a Writer and Director featured in Filmmaker Magazine’s 25 New Faces of Independent Film. Her Moth story, Don’t Move, based on her feature screenplay, Josephine, participated in the 2018 Sundance Directors Lab. Her mom is Chinese-American and her dad is from Brazil. She was born and raised in San Francisco with her three sisters."