In today's Horror Highlights we have a NSFW gory clip from Battlefield 2025, details on the acquisition of The S.H.U, and a look at the trailer for Browse:

Exclusive Clip from BATTLEFIELD 2025: "Weekend campers, an escaped convict, young lovers and a police officer experience a night of terror when a hostile visitor from another world descends on a small Arizona town." 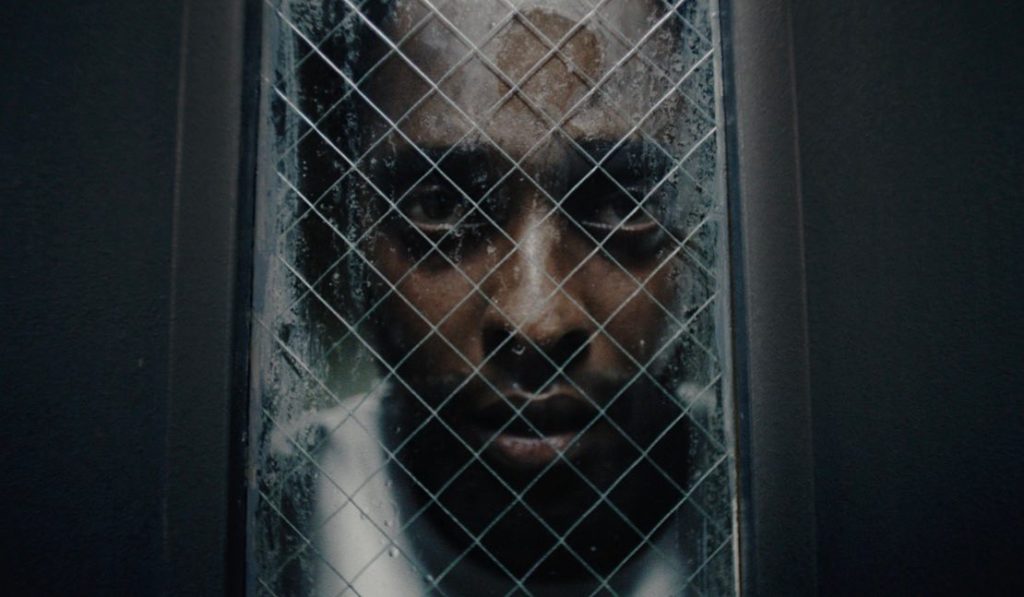 The timely elevated genre follows an affluent, African American psychiatrist (Gathegi) into federal prison after being found guilty of murdering his wife, then sent to solitary confinement – a victim of systematic racism. Isolated and fighting for an appeal, he slowly descends into madness, pushed to his breaking point by an abusive female guard (Hardin) hell bent on her own form of justice. Haunted by internal demons and his dead wife, he questions his own innocence and sanity, making his time in the S.H.U a never-ending nightmare.

“After a global pandemic sentenced the world to solitary confinement, George Floyd’s tragedy inspired a moment in time where it seems change is finally within our grasp,” says Aaron Fjellman of Panic House Films. “Premiere Entertainment share our creative vision and have the expertise to present this project to a global audience, making them the perfect partner.”

“We were very impressed with this smart and timely elevated genre film and were eager to team up with Pete and Aaron. In the fashion of Jordan Peele and his iconic films Get Out and Us, The S.H.U. promises to thrill and entertain audiences but more importantly it delivers a relevant social message,” says Carlos Rincon, Premiere’s VP of Acquisitions. “The film not only underlines the significance of the Black Lives Matter movement but also explores the psychological and torturous effects of extreme isolation.”

THE S.H.U. has been garnering wide interest from buyers since last week’s Cannes virtual market.

Trailer for BROWSE: "What Richard wanted was a fresh start, what he got was a nightmare. BROWSE tells the story of Richard Coleman (Lukas Haas), an introverted man who becomes convinced that his identity has been hacked after dabbling in online dating. Desperate for clarity, Richard seeks to uncover the truth of who is trying to manipulate him and why, but the more he struggles with his futile investigation, the further he’s cast into an insurmountable web of paranoia that threatens to destroy his thinning hold on reality."