HALLOWEEN KILLS 'Return to Haddonfield' Featurette: "In 2018, David Gordon Green’s Halloween, starring icon Jamie Lee Curtis, killed at the box office, earning more than $250 million worldwide, becoming the highest-grossing chapter in the four-decade franchise and setting a new record for the biggest opening weekend in history for a horror film starring a woman.

And the Halloween night when Michael Myers returned isn’t over yet.

But when Michael manages to free himself from Laurie’s trap, his ritual bloodbath resumes. As Laurie fights her pain and prepares to defend herself against him, she inspires all of Haddonfield to rise up against their unstoppable monster.

The Strode women join a group of other survivors of Michael’s first rampage who decide to take matters into their own hands, forming a vigilante mob that sets out to hunt Michael down, once and for all.

REBIRTH: "Concept Media (Don’t F in the Woods series,  Failing Grace, Trespassing) is proud to announce that they will be exclusively  distributing the physical release of the Night of the Living Dead tribute, Rebirth.  Written and directed by Roger Conners.

Synopsis: What begins as an annual visit to their family gravesite quickly becomes a  night of sheer terror as two brothers are unexpectedly forced to fight back against a  sudden onslaught of violent assailants. Soon, eight strangers find themselves  barricaded inside a rural farmhouse in an attempt to survive against the ever-growing  army of murderous creatures outside. But they soon realize the real threat is not what’s  trying to get inside… it’s each other.

“It’s not so much a remake as it is a modern-day retelling of the ground-breaking  masterpiece. It will readdress the original topics such as racial prejudice and  government control but also interject ideas of homophobia and religious influence on  modern society.” –Writer/director Roger Conners.

“I am so proud of my colleague & friend; his work here is incredible! We have talked for  weeks about getting his film out under the Concept Media banner! This pairing of Ohio  talents isn’t something often seen in the indie film community. It is quite an honor that  he & his wonderful team chose us to team up with!” Ryan Stacy, Concept Media

Preorder will begin October 3 on the Concept Media website. DVDs are $12 and Blu Rays are $20.

Paramount+'s PEAK SCREAMING: "...Paramount+ is rolling out Peak Screaming, a month-long Halloween event that showcases the best in Halloween programming, including fan-favorite horror movies and iconic seasonal episodes in thoughtfully curated marquees for the whole family. The event will feature a range of premium content from the exclusive premiere of new horror films such as PARANORMAL ACTIVITY: NEXT OF KIN to the debut of a special Halloween RUGRATS episode and the spine-tingling season two finale of EVIL. Stream the growing collection of Halloween-themed content on Paramount+ by clicking here.

Paramount+ will have subscribers streaming and screaming this month with a chilling movie collection that’s available now. Heart-pounding thrillers and terrifying horror films such as A QUIET PLACE (PART I & II), CHILD’S PLAY, CRAWL, GRETEL & HANSEL, MOTHER! and SAINT MAUD are featured in the Halloween movie carousel, as well as cult classics such as FRIDAY THE 13TH (PART 3), KISS THE GIRLS, NIGHT OF THE LIVING DEAD, PARANORMAL ACTIVITY 4, THE DEVIL INSIDE, THE RING and THE TRAVELER.

The seasonal event will continue with the premiere of a special Halloween episode from RUGRATS on Oct. 7. In “The Werewoof Hunter,” Tommy will need his friends’ help to save Angelica after she turns into a werewolf at a scary Halloween party where their parents seem to be disappearing one by one. Fun-sized viewers are also being trick-or-treated to a HallowScream collection of their favorite spooky episodes from Nickelodeon and Nick Jr. shows such as BLUE’S CLUES (“Blue’s Big Costume Party”), BUBBLE GUPPIES (“Trick-or-Treat, Mr. Grumpfish!”), DORA THE EXPLORER (“Halloween Parade”), iCARLY (“iScream on Halloween”), PAW PATROL (“Pups Save the Trick-or-Treaters”) and THE FAIRLY ODD PARENTS (“Scary Godparents”). The service is celebrating the best of SPONGEBOB’s Boo-kini Bottom with a compilation that includes “SpongeBob’s Spookiest Scenes Countdown Special,” “The Grill is Gone / The Night Patty,” “The Legend of Boo-Kini Bottom,” “Ghoul Fools” and more.

Fears will intensify on Oct. 10 with the season two finale of EVIL, which will find the team meeting with a student who has a growing compulsion to eat human flesh. In addition to a marquee of EVIL’s scariest episodes, subscribers now have the chance to rewatch seasonal classics from beloved series such as BEVERLY HILLS, 90210 (“Things That Go Bang In The Night”), CHEERS (“Fairy Tales Can Come True”), FRASIER (“Room Full of Heroes”), HAPPY DAYS (“Haunted”), MACGYVER (“Halloween Knights”), SABRINA THE TEENAGE WITCH (“A Halloween Story”), THE BRADY BUNCH (“Fright Night”) and more.

The Halloween spectacular on Paramount+ will peak with the highly anticipated premiere of PARANORMAL ACTIVITY: NEXT OF KIN on Oct. 29. The new film will bring fans an unexpected reimagining of the beloved horror franchise and stars Emily Bader, Roland Buck III, Dan Lippert and Henry Ayers-Brown. Fans of the iconic found-footage horror genre will also be invited to go behind the scenes of the film that started it all, with the debut of the original documentary UNKNOWN DIMENSION: THE STORY OF PARANORMAL ACTIVITY.

From now until Oct. 20, consumers in the U.S. have the opportunity to purchase a Paramount+ and SHOWTIME bundle for $9.99 per month, which provides access to Paramount+’s Peak Screaming programming and unrivaled portfolio of live and on-demand entertainment, as well as SHOWTIME’s premium catalogue of critically acclaimed and boundary-pushing programming.

Paramount+, a direct-to-consumer digital subscription video on-demand and live streaming service from ViacomCBS, combines live sports, breaking news and a mountain of entertainment. The premium streaming service features an expansive library of original series, hit shows and popular movies across every genre from world-renowned brands and production studios, including BET, CBS, Comedy Central, MTV, Nickelodeon, Paramount Pictures and the Smithsonian Channel. The service is also the streaming home to unmatched sports programming, including every CBS Sports event, from golf to football to basketball and more, plus exclusive streaming rights for major sports properties, including some of the world’s biggest and most popular soccer leagues. Paramount+ also enables subscribers to stream local CBS stations live across the U.S. in addition to the ability to stream ViacomCBS Streaming’s other live channels: CBSN for 24/7 news, CBS Sports HQ for sports news and analysis, and ET Live for entertainment coverage. 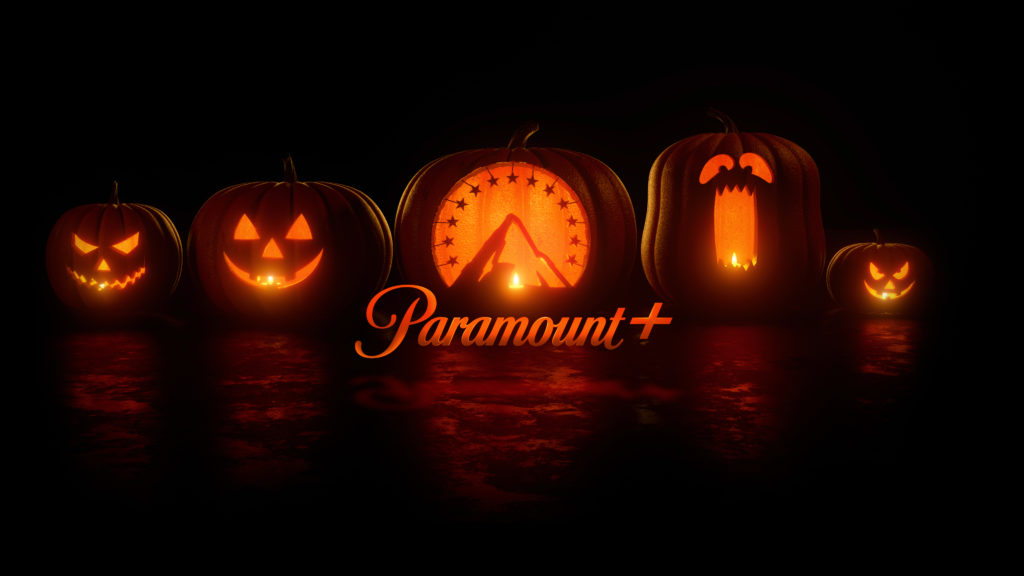