Horror Highlights: PRETTY BOY, I WHO HAVE NO ONE, NEST OF VAMPIRES, HOW TO DETER A ROBBER

PRETTY BOY: "PRETTY BOY, the follow up to the award-winning film BLIND, has completed principal photography.  PRETTY BOY, directed by Marcel Walz and written by Joe Knetter, continues the story they set in  motion in BLIND.

“Filming PRETTY BOY the way we did was a dream comes true for me. It is beautiful, fun, gory and  creepy. Seeing our Killer, “PRETTY BOY”, slashing through this love letter to the 80s is what I have  always wanted to do! Also, as an LGBTQ Director, I could go crazy on set design for the Valentine’s  party and overall theme in the movie, so be prepared for a lot of pinks, glitter and some intestines  Lol!“

“Filming PRETTY BOY was an amazing experience. Every single person on the cast and crew brought  their ‘A’ game. Getting back on set safely was our number one priority and we worked hard to make  sure it was a great experience for everyone. The sets we built at Wolfpack Studios took me right back  to that world we previously set up. I will admit, the first time I saw Faye and Pretty Boy back together I  teared up a bit. BLIND is our version of a slow-burn 70’s style drama/suspense film. PRETTY BOY is a  total 80’s horror slasher.” 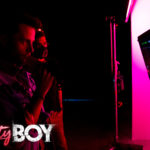 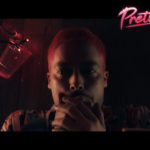 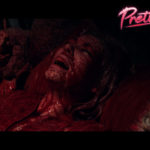 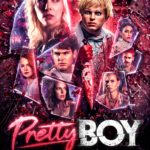 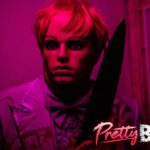 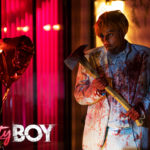 Watch the Short Film I WHO HAVE NO ONE: "After years of wanting to look like those who grace the covers of magazines Frances ends up making headlines in a different way..."

NEST OF VAMPIRES: "From writer/director Chris Sanders, Nest of Vampires follows an MI5 agent who travels from London to rural England in search of the people who murdered his wife and kidnapped his only daughter. During his investigation, he uncovers a ruthless vampiric cult that is heavily embroiled in human trafficking and Satanic cult worship.

“Maria Bissell brings a dark and highly entertaining sense of humor to the home invasion film, deftly blending tension with caustic comedy. Vanessa Marano and the cast realize that tonal balance to perfection, so we're confident it will find a broad audience,” stated Jordan Fields, Shout’s Vice President of Acquisitions.

"I'm thrilled that my debut feature has found a home at Shout! Studios," writer and director Maria Bissell said. "Shout! has always championed genre film and up-and-coming filmmakers, so I knew they'd make the perfect partner for this release." said writer/director Maria Bissell.

The movie deal was negotiated by Shout’s Jordan Fields and Steve Katz, Vice President of Business Affairs for Shout! Studios, and Pip Ngo for XYZ Films on behalf of the filmmakers.

HOW TO DETER A ROBBER (Movie synopsis)
In a desolate Northern Wisconsin town, a stubborn young woman and her naïve boyfriend face off against a pair of amateur house burglars."