THE CURSE OF BRIDGE HOLLOW: " A father (Marlon Wayans) and his teenage daughter (Priah Ferguson) are forced to team up and save their town after an ancient and mischievous spirit causes Halloween decorations to come to life and wreak havoc."

Said Shudder general manager, Craig Engler, “We’re thrilled to be working with Laura and their amazing cast on this unique, wrenching take on a classic tale. Birth/Rebirth is a fantastic blend of psychological and body horror, sure to electrify our members.”

Writer-director Laura Moss added, “I am over the moon to be working with Shudder to finally bring this project to life. It’s been gestating for a long time and I’m so proud of the cast and crew we have assembled to make it happen.”

Birth/Rebirth is a psychological horror film about motherhood and creation, inspired by Mary Shelley’s 'Frankenstein'. The film is centered around a single mother (Reyes) and a childless morgue technician (Ireland) who are bound together by their relationship to a re-animated little girl (Lister).

The deal was negotiated by Emily Gotto, VP, Global Acquisitions & Co-Productions on behalf of Shudder and UTA Independent and Bruce Eisen on behalf of the filmmakers."

Everyone needs closure from something, Erik Crowe (Thomas Haley) has  signed up for what he thinks is a social experiment for other peoples pain,  but it just might be The Final Experiment for him, at the hands of three  scientists (Jessica Cameron, Konstantin Lavysh and James Duval) with seemingly unclear motives.

Director Thomas Haley had this to say about the premiere: “When I read the script that Alek Gearhart had sent me for the first time, In  my head I saw a film that I had hoped would touch someones heart, 4 months  later being able to screen Final X: The Final Experiment on the 60 foot tall  screen at the CHINESE THEATER in HOLLYWOOD, California, I am still  hopeful that the film we were able to complete is as thought provoking,  thrilling and touching as that first time I read it on the page. This Is a proud  moment for me, my gratitude to each and every person that gave it their 110% to make this project come together.”

Actress Dani Inks had this to say about filming Final X: Final Experiment: “To say working with Tom was a pleasure would be a gross understatement.  Not only is he both a brilliant director and actor, he’s also a kind and  wonderful person who made it a joy to be on set. I was in awe of him  throughout the entire process and I’m looking forward to working with him  many more times in the future!" 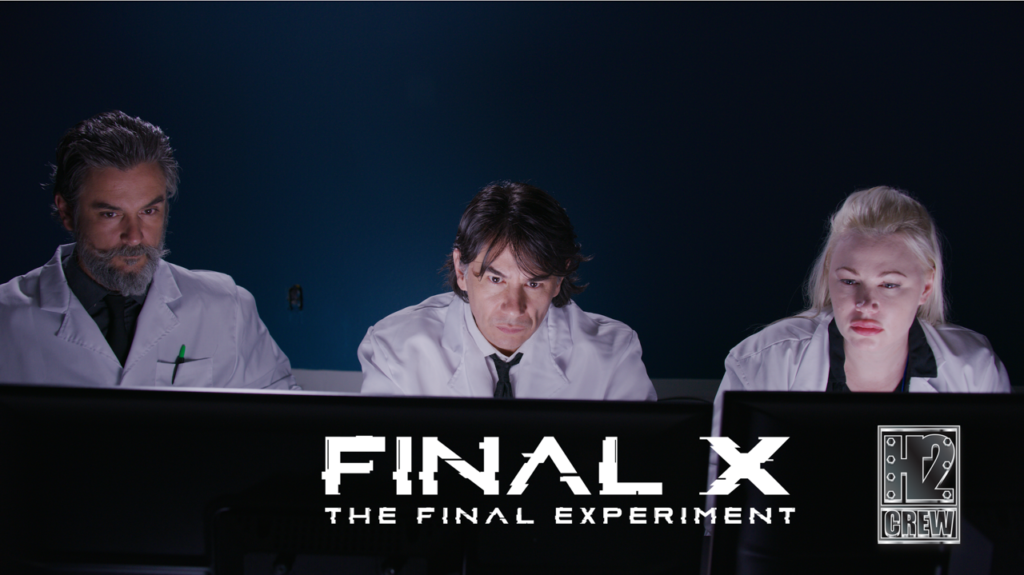