Indie Horror Month 2021 Interview: Filmmakers Reese Eveneshen and Gabriel Carrer on Their Collaborative Process While Making FOR THE SAKE OF VICIOUS

Arriving on digital platforms today is For the Sake of Vicious, a gnarly and tense home invasion thriller from filmmakers Gabriel Carrer and Reese Eveneshen that lives up to its memorable name (this writer highly recommends checking it out). Daily Dead recently had the opportunity to speak with the directing duo of the film, and they discussed how the project was initially borne out of their own anger and frustrations, their experiences collaborating with their core actors—Lora Burke, Nick Smyth, and Colin Paradine—as well as the challenges they faced during their ambitious and intimate shoot.

Great to speak with you both today. Something that I really appreciated about this film is that it is very cinematic, and yet there's something about it that almost feels like it could be a stage play, because of how intimate the filmmaking feels and all the different storytelling elements at play. I'd love to hear a little bit about your approach and what was the catalyst for this project?

Reese Eveneshen: Well, Gabe and I have been friends for well over a decade now. Separately, and together, we've worked on other feature films, and we've always helped each other out on our subsequent feature films. We reached a point a couple of years ago where we're both coming off of films that we had both directed separately that, I don't know, hadn't done so well. We usually would go to hang out and chat and shoot the shit at the food court, where Gabe was always pitching me ideas and vice versa. One day, he pitched this idea for Vicious, and he was like, "I really think we should work on this together, and we should make it."

And I'll let Gabe fill you in on where the story came from, but I think for me, when I was going into it, what I liked about it was that we didn't feel hampered or contained by this notion of having to impress anybody. We wanted to go make something really aggressive and hardcore and vicious, as it says in the title. I think we were both angry, and we just wanted something that felt really nasty and intense. That's how I came to it.

Gabriel Carrer: I would have to totally agree, and Reese summed it up pretty well there. There's a lot of anger that we were both bottling up, I think from our previous films and just everything that was happening around us. So, the original script was very different; it took place during the summer during a blackout, and instead of a bunch of goons coming to the house, it was a SWAT team. It was completely different. But then as you develop the idea and people come on board, the shoot gets pushed back and then our shooting dates ended up being in the fall, so we thought we could change things to Halloween night in the fall.

And then there were a lot of other things in the script, like if there is all this noise coming from a house, we needed a reason why no one's calling the cops. So that's another gimmick that Halloween plays into it, right? Halloween night, all sorts of unspeakable things could happen, and us as people walking down the street hearing these noises in the house, what if the screams and noises you hear are actually real and not someone's iTunes playing freaky sounds or whatever? When Reese took the outline, he made it his own with the script, but again, we were always bumping ideas around. This was one that we threw at the wall, and it stuck, I think.

Reese Eveneshen: We really liked the idea of having almost a double feature in one-two, where the film takes a very drastic shift in the second half. So we were able to tell one complete tense, courtroom-style drama, and then switch it up and take it into this whole new action-horror-thriller direction.

Gabriel Carrer: Yeah, we're big fans of films that start off one way, and then they just completely take a U-turn. It's always stimulating and fun to watch that. So that was an exercise on that feeling of, "Hey, let's try something like that and see what happens."

Lora, Nick, and Colin are the anchors to this story. Can you discuss working with them? The first half of the movie is so very dialogue-driven and it all hinges on their performances, but they are all great.

Reese Eveneshen: This was purposely written to have as little exposition as possible, because we thought that would take away from the "realistic elements" to the story. We thought that if you're in that situation, we want the audience to experience it how they're experiencing it, which means you're not getting a dump of information. Nobody's stopping every five minutes to be like, "And here's what's happening with the plot." Not that there's anything wrong with that. Lots of people do that really well, but for the sake of this story and keeping that tension going, you just have to throw the audience into it.

With the cast, we had to find three really talented actors because that first 39 minutes of the movie is all dialogue and all drama and all tension between them, so you had to find three really good actors who could do that, which was very difficult, especially for a low-budget film. Furthermore, you had to find three very specific and distinct looks so they could contrast each other well. Because, in order for it to work, all three of them had to be on the same level playing field, so if one of them didn't work, then it would completely throw off everything else. So it was tricky to find that balance.

But once we did, it was just a matter of working the grind and sitting down and getting them into a place. And frankly, it wasn't hard, because of the location. What you see in the movie, that's what we were in. It wasn't a set. We were in a really tight, close, cornered house with little money, and not a lot of time to make this movie. So that tension was palpable. It was very real.

Speaking to that, can you discuss the challenges you faced while trying to shoot in the location? I was really blown away by how well you guys were able to handle working within the confines of that actual space. It’s obviously tougher than being able to build an interior of a house and move walls and things like that.

Gabriel Carrer: Yeah, that was originally what we were going to do. Reese and I, we storyboarded about 70 percent of the film for months and months before we started. We had an idea of what we wanted the house to look like, and we were going to build it on a soundstage. What happened was that it fell through, so we needed to find any house at that point. And I think it was about a month before we started shooting.

Reese Eveneshen: It was so close, and we lost our production designer, too, so I had to take over.

Gabriel Carrer: Reese and I were phoning demolition companies to see if we could find a place, and then, I don't know how, but through some wizardry, Reese managed to lock down this old, small decrepit house with an interior that was dated. We got in there, and we're like, "Wow, it looks really cool, but it's really small," so we had to rethink everything because it was completely different. So, you think back to the days, and just the amount of time you're choreographing and storyboarding for this one thing, and now you're a month away from shooting, and all that's gone. So, we just had to pivot and adjust our days so the stunt team had the time they needed. They went in with the actors on our shoot days. They would have half a day. They go through the scene, the actions, the movements, whatever the choreography, and then Reese and I would come in, and we had to compartmentalize that, because the space was so small. I have never seen a stairwell that narrow before, either; it was built for hobbits or something [laughs]. 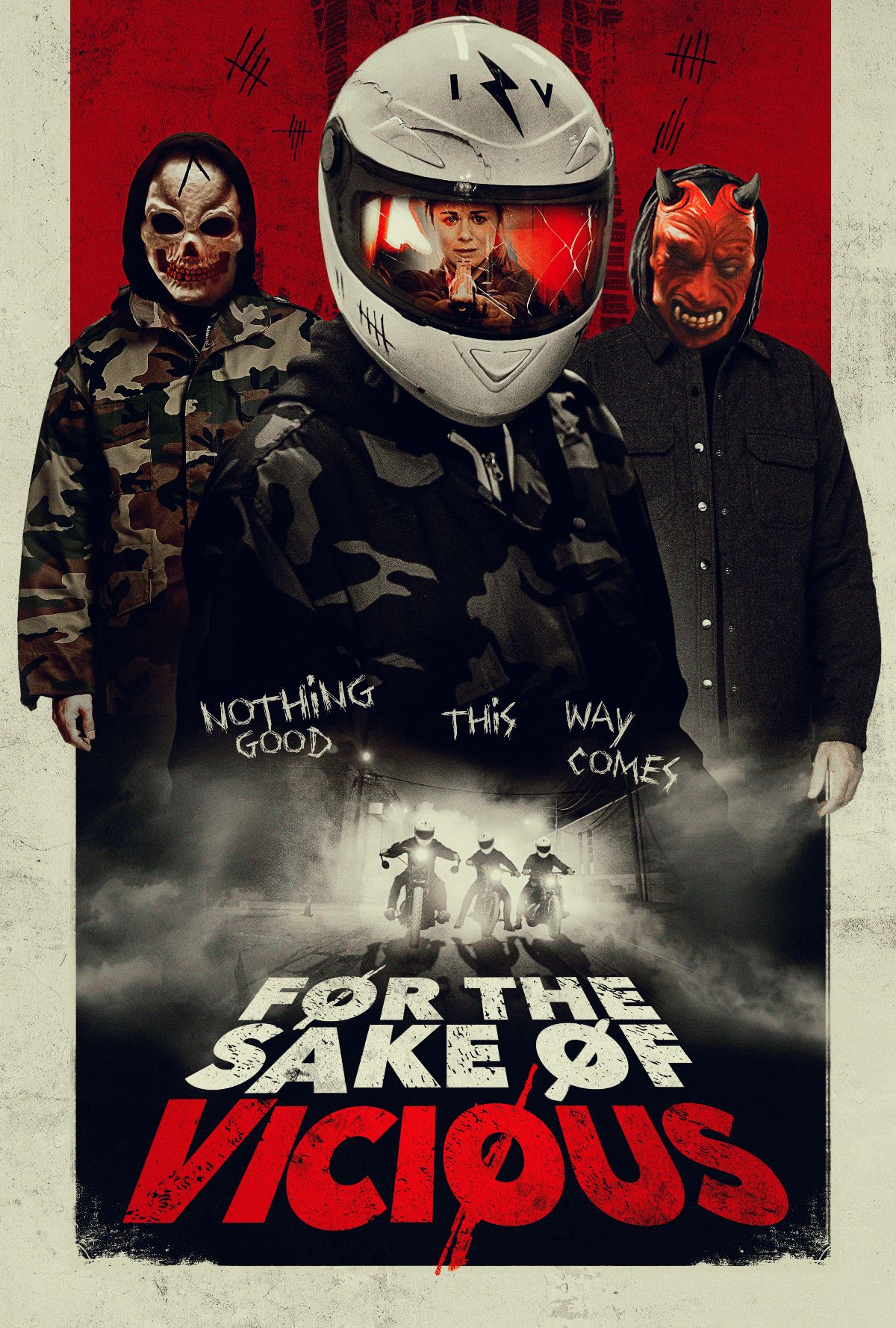