After exploring paranormal visitations with Whispers in the Dark and telling a heart-wrenching resurrection story in Crossroads, author Laurel Hightower brings her own unique take to the fascinating mythology of the Mothman in her new novella, Below, in which a woman's road trip through West Virginia takes a hellish turn into creature feature territory.

With Below now available from Ghoulish Books, Daily Dead had the great pleasure of catching up with Hightower in a new Q&A feature as part of our Indie Horror Month coverage, in which Hightower discusses how she came up with the idea for Below, the joys of working with Ghoulish Books to release her new novella, seeing Trevor Henderson's gorgeously haunting cover art for the first time, and she also discusses her experiences co-editing the new anthology The Dead Inside with Sandra Ruttan.

You can read the full Q&A with Laurel Hightower below, and to learn more about Below and The Dead Inside, visit Ghoulish Books and Dark Dispatch!

Thanks for taking the time to answer questions for us, Laurel, and congratulations on the recent publication of your new novella, Below, now available from Ghoulish Books! When did you first come up with the idea for Below?

Laurel Hightower: Thanks so much, I’m happy to be here! BELOW came about in stages—I knew I wanted to write something that included the Mothman legend, but I needed the right spark for it, so it was kind of simmering on the back burner until I took an ill-advised solo drive to Scares That Care last summer. It was utterly terrifying, as I got vertigo and essentially felt drunk the whole nine-hour drive. Most of my stories at least start with a seed of my own fear, so the pieces fell into place after that, and here we are!

The Mothman is such an iconic and unsettling creature, yet I feel like it gets forgotten sometimes in the realm of horror. Did you have an interest in Mothman before you started working on Below?

Laurel Hightower: Definitely—I recall seeing the movie a number of times in the early 2000s, and still own the VHS, but it was after I picked up [John] Keel’s book a couple years ago that I really took an interest in the events it’s based on. It’s such an interestingly ambiguous legend, and those are my favorite kind. I’m psyched to see some other Mothman material coming out soon—the legend is due some attention!

Approximately how long did it take you to write Below, and how many drafts did you go through before it was sent to the printers?

Laurel Hightower: BELOW was one of those oddball projects that just poured on the page once the idea clicked—I wrote it in about three and a half weeks, but that’s not remotely normal for me. I didn’t officially participate in NaNoWriMo, because my schedule is so erratic, and I didn’t want any outward pressure. But a group of friends were keeping track of their own and we reported in daily, so I used it as a motivator and got words down every day. After polishing the first draft, it went to beta readers and I did some rewriting of several scenes, but it never needed a major overhaul. My publisher also provided a round of edits, but nothing huge, so all told it was ready for print in the space of a couple months. I want to stress again that’s not the standard for me—WHISPERS IN THE DARK took 11 years, so every project is a different journey.

Below is now available in paperback and digital formats via Ghoulish Books, the recently launched horror imprint of Perpetual Motion Machine Publishing. What has it been like working with Ghoulish Books to bring Below into the world?

Laurel Hightower: It’s been an incredibly smooth process. I think it helps that PMMP/Ghoulish is not only led by someone who’s an author himself, but that Max [Booth III] and Lori [Michelle] have been doing it for a decade now. That’s a long time in the world of indie publishing, and they’ve had plenty of time to get the process down. They’re savvy, responsive, and motivated—the marketing and buzz for BELOW has been amazing. Plus, they’re both just really nice and fun people, and have super cute dogs, which is always a plus. If I sound like a walking advertisement for the press, I probably am—I’m a big supporter of small presses, and PMMP is run ethically and has staying power.

The wonderfully haunting cover art for Below was created by the amazing Trevor Henderson. What was your reaction the first time you saw Trevor’s artwork for Below?

Laurel Hightower: Literally jaw-dropping. I hadn’t even sent the manuscript to Max at that point—I was nearly finished with revisions, and I’d reached out to see if he’d be interested in looking at a Mothman novella. He was, and maybe a week later he DM’d me an initial version of Trevor’s painting to see what I thought. I was in love with it, and it lit a fire under me to get those edits done and out the door—I wanted that cover!

While writing Below, were you influenced or inspired by any other books, movies, TV shows, comic books, or video games?

Laurel Hightower: Initially it was mostly influenced by John Keel’s book THE MOTHMAN PROPHECIES, his non-fiction account of the events in Point Pleasant that led up to the collapse of the Silver Bridge in 1969. There was so much to the entire bizarre scenario, and I wanted to reference some of the other oddities that aren’t as often discussed. As the story developed I definitely thought about The Descent—I didn’t want to copy any particular storyline, but that deep, dark claustrophobic fear was something I wanted to convey as Addy’s night goes sideways. I live relatively near Mammoth Cave and on a tour there once, the guide turned the light off to demonstrate how complete the darkness was that far down. Freaked me out, and it’s always stayed with me.

In addition to Below, you also co-edited the recent anthology The Dead Inside with Sandra Ruttan, which is now available in paperback and on Kindle. What can readers expect from The Dead Inside, and what was it like editing that anthology?

Laurel Hightower: Thank you so much for asking about THE DEAD INSIDE! It’s a project I’m incredibly proud of, and hope to see more people taking an interest in. TDI is an anthology of identity horror, and readers will find a plethora of stories and poems about the fears, pain and scars people carry as a result of the expectations placed on them by others and by themselves, and the trauma that arises from denying the most vital parts of ourselves. Authors covered the gamut—parenthood, gender identity, parental expectations, cultural expectations, and sexuality, to name a few. Editing it was very time and work intensive—I set aside my own writing for quite some time while we were reading submissions, editing, and promoting, but I don’t regret a second of it. Sandra is great to work with—she’s an experienced editor and author, and organized as heck, and we brought complementary skills and tastes to the table. The finished product is amazing—I know I’m biased, but I’m deeply proud of every part of it, including the gorgeous cover art by Gemma Amor. It’s a joy every time someone shares a picture or review or just a word about what they liked.

Laurel Hightower: It’s constantly evolving—I am lucky enough to be mom to a wonderful four-year-old, and his schedule reigns supreme, so I’ve had to change up a lot over the years. Currently I’m fortunate to be working part-time, so I have the mornings with him, and usually 45 minutes to an hour and a half a day for writing. If I’m under deadline, I’ll often set word count goals tailored for how much time I have that day, but they’re always very modest—200 to 300 words, and I usually accomplish more. It’s more important to me to open the doc and interact with it than to set hard goals, and that keeps the story organic, and my time enjoyable. I absolutely love to write, and I’d hate for it to become a chore.

Laurel Hightower: Oh man, there’s such a mix of good and bad advice out there, and some of it is good for some and terrible for others. Recognize your journey is your own, and it won’t look like anyone else’s. You’re never too old or too young, and no one else can tell your story your way. From a practical standpoint, READ. Read everything, because even the bad stuff makes us better. Don’t be afraid to make mistakes—that’s what editing is for. And get involved! My entire career is a result of helping hands from writers and reviewers, and I try to pay that forward whenever I can.

Laurel Hightower: I’m starting a novel collaboration with Matt Wildasin we just announced—it’s cool because we spent an hour or so talking through what we wanted to do with it, and ended up with an idea we’re excited about, that I don’t think either of us would have reached on our own. I’m also starting work on a few novellas, because I’m in that spot after you release a book and get to breathe where your brain is bursting with ideas. And James Sabata and I are releasing a charity anthology in tandem with our event at The Stanley Hotel in May, Spirited Giving.

Thank you so much for your time, Laurel!

Laurel Hightower: Thanks so much for having me!

To learn more about Below and The Dead Inside, visit Ghoulish Books and Dark Dispatch!

Below synopsis: "HOW FAR WOULD YOU GO TO HELP A STRANGER?

While driving through the mountains of West Virginia during a late-night snowstorm, a recently divorced woman experiences bizarre electrical problems, leaving her with little choice but to place her trust with a charismatic truck driver. But when an unexplainable creature with haunting red eyes gets between them, she is forced to make one of the toughest decisions of her life. Will she abandon the stranger who kept her safe—or will she climb down below, where reality has shapeshifted into a living nightmare?" 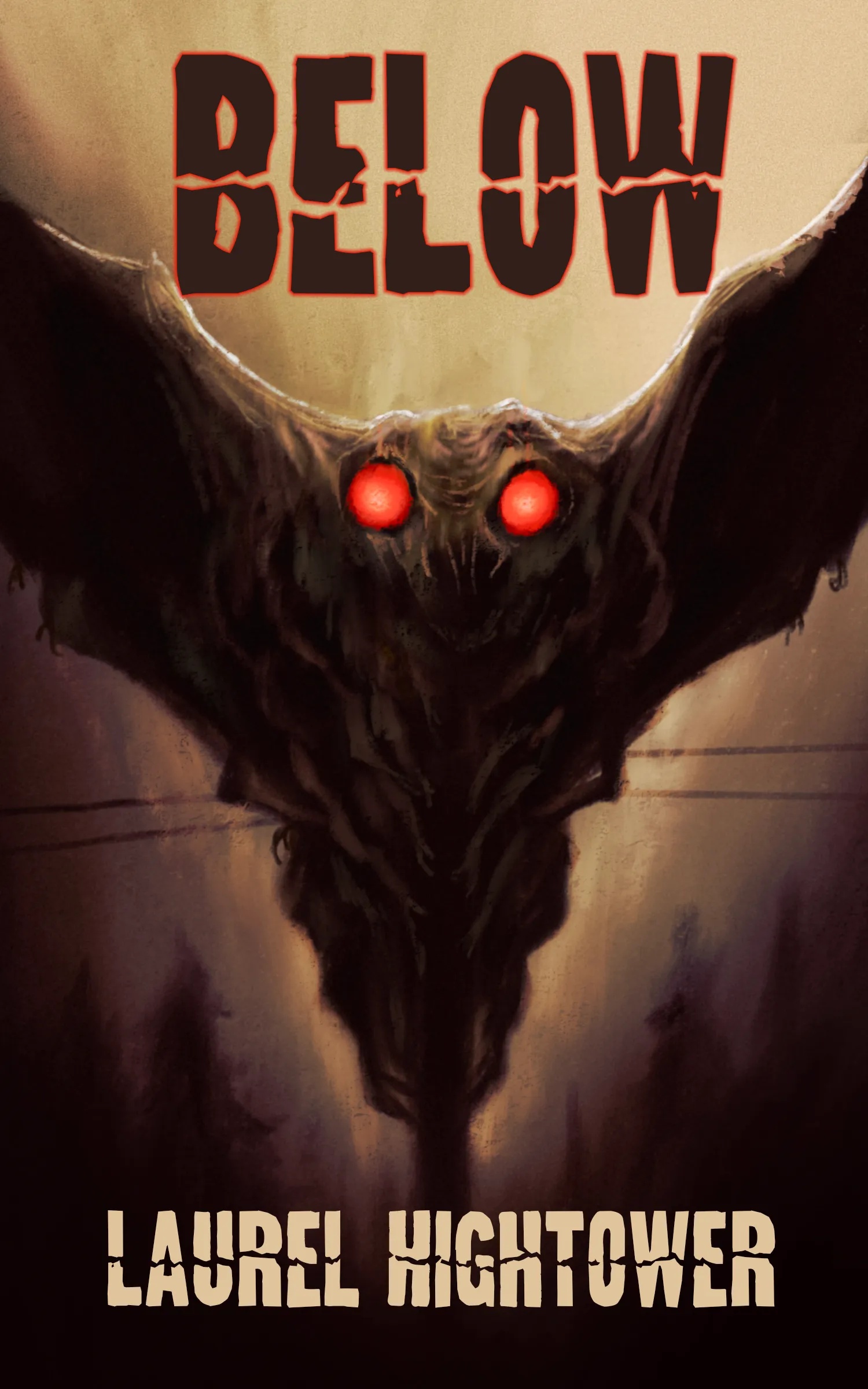 What if our family members or partners reject our identity? What if educators and employers push us to conform to their prejudices or expectations for us? When we twist, contort, bleed, unravel, and die on the vine—what becomes of the pieces that remain? How much can we cut before there’s nothing left?

Through the pages of The Dead Inside, some of the best horror writers of our era examine the forces that can threaten our identity, exposing the ways identity horror threatens our well-being, our dreams, our very existence.

Featuring stories and poems by: 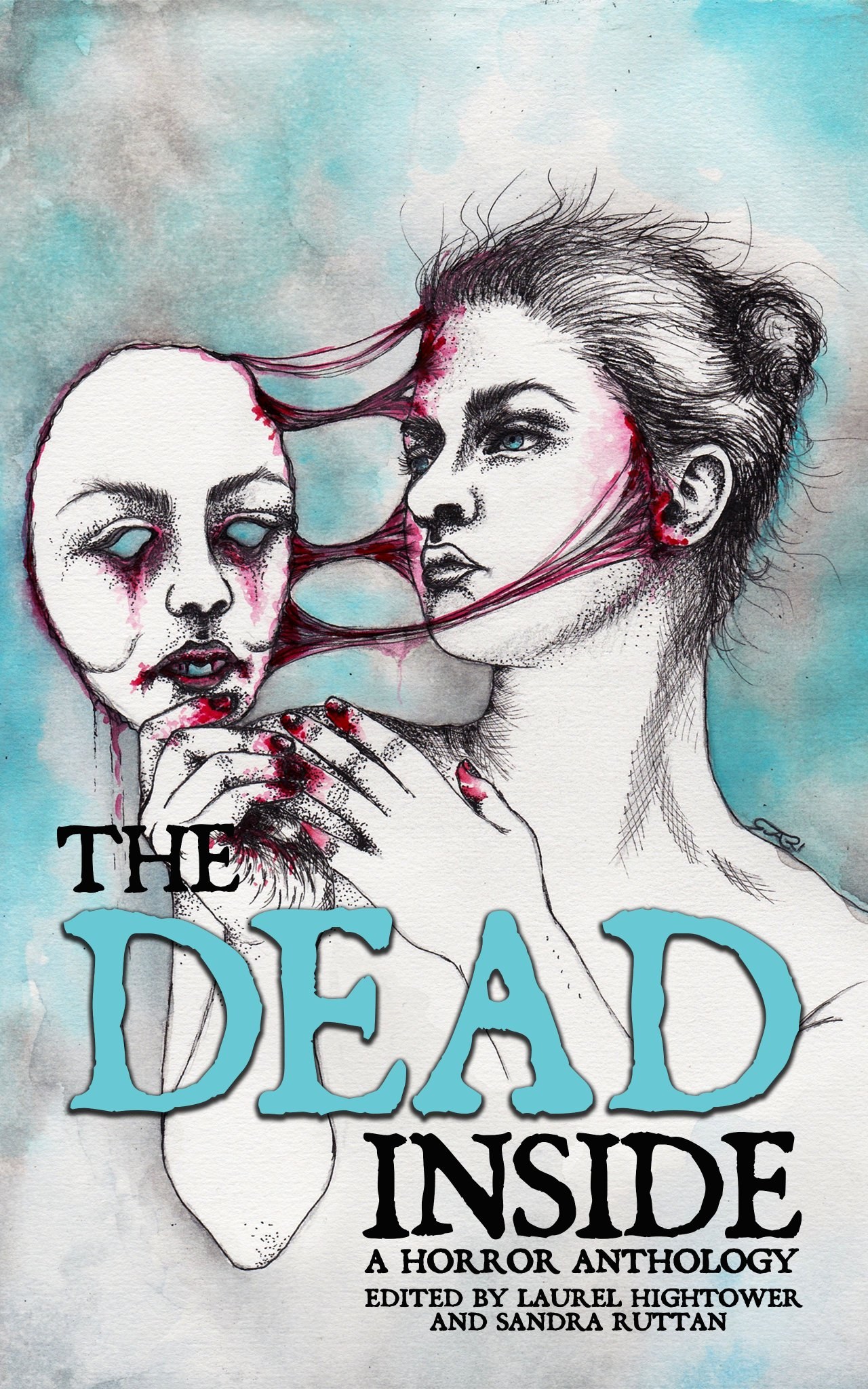