Over the last decade, us genre fans have been blessed by the second phase in genre veteran Barbara Crampton’s career that has seen her tackle a wide array of roles in projects like You’re Next, We Are Still Here, Sun Choke, Beyond the Gates, Channel Zero, Road Games, Into the Dark: Culture Shock, and many more. Beyond that, Crampton has also stepped into the role of producer on several films and even contributes to Fangoria with her insightful column as well.

Daily Dead recently had the opportunity to speak with Crampton about her latest role in Sacrifice, a Norweigan cult thriller where she plays the leader of a cult who has plans for an unassuming couple that arrive in the area, unaware of the danger lurking at every turn. During our interview with Barbara, she discussed her involvement with Sacrifice, taking on a Norweigan accent for her role in the film, her experience shooting on location in Norway, and how she wants to help create more opportunities for filmmakers and her acting contemporaries as she continues to carve out a path in her career behind the camera.

Congratulations on the film, Barbara. How did you get involved with Sacrifice?

Barbara Crampton: Well, as so often happens in the horror genre, and the more I work in the independent, low-budget horror realm, you tend to work with people that you worked with before. You know people or you get introduced through friends and it's a small, really wonderful, lovely, supportive community. And Sean Knopp, who's one of the producers of the film, was an actor with me in Replace. He reached out to me and he said, "I'm working on this as a producer, I'm not acting in it, but we thought of you for this role, would you like to take a look at it?" So of course I did because he's my friend. I said, "Yeah, let me read it." And I loved the script. I thought it was so fascinating and interesting, and I loved the folklore as well. The Wicker Man is one of my favorite movies, and it is also about a cult, we can say that. And this has Lovecraftian themes even though it's not based on a Lovecraftian story.

So I really gravitated towards the story and the themes that it talks about, about having things happen in your life and not being thinking that you're going to control them, but you really can’t. It's like the best of what Lovecraft does in some of his best stories. And the feeling of dread and oppressiveness, that was very attractive to me. Also, the fact that I was part of this cult and I was going to have to speak in a Norwegian accent, that was a fun challenge and I was up for it. Plus, I was going to have the opportunity to go to Norway. I love shooting in exotic locations and I'd never been to Norway, so it all just seemed like a big "yes" to me when I read the script.

I wanted to ask about that because, obviously, we're talking, and you don’t have an accent, but I think you did a great job with it in the film. How did you work on your accent and diction then for this? I think you sounded great.

Barbara Crampton: Well, thank you. I didn't fall into it at all. I had to work really hard with a Norwegian language teacher. She's part of the Scandinavian school in San Francisco and I just called them up and I said, "Look, I'm an actress, I'm in a movie and I have to speak with a Norwegian accent. I might have to say a few Norwegian phrases. I need some help." I couldn't watch all the Liv Ullmann movies and make it work for myself. So I had her come over. She worked with me for about two months. She would come over twice a week and we would just keep going over it and work on it. We even worked on words and phrases and just speaking generally in conversation with dialogue that wasn't in the script, just so I would feel really comfortable with the accent.

And because I'm the head of this cult, I wanted it to be more Norwegian than any of the Norwegians.  They do have American television over there, although you don't see anybody really listening to radio or television, but I just felt like I had to be more Norwegian than even the Norwegian actors. So there were a few particular words that we picked out that I said, "How would an old-timer Norwegian say this?" Just so I could feel like I am the most Norwegian. I can't get out of where I am. I'm stuck here, and I there's no way that the new world has affected me. I am part of the old world, and part of this cult and there's no way that I can get out of it. So I wanted to show that I was an old world Norwegian.

How much did being in that environment in Norway heighten this experience for you and help you from a performance standpoint?

Barbara Crampton: That's a good question. It definitely helps. And in the movie, the characters feel isolated, they're on this island, they can't really escape. We were staying in an area that was very rural at the bottom of a fjord, right near a body of water, and some mountains shutting out the rest of the world. Where we stayed was just as gorgeous as what you saw on screen. So, just the sense of being in this gorgeous place, but not being able to escape, it was very isolating. And in a way, even though there was a wide open space, because there's this feeling that you can't leave, it was also claustrophobic, even with this beautiful landscape and everything. So just being there and not being able to leave, it seems like it just added to the whole sense of working on the movie as well.

It's really such a joy to see your career these days. And I love the fact that you're also branching out more, with producing, writing for Fangoria, and things like that. I'm just curious—what keeps you excited and motivated, in terms of where your career is? Where is that happy place for you these days?

Barbara Crampton: I have three films ready to go that I've been working on this past year in the pandemic, with the writers and attaching directors and just working with everybody in developing the stories with another producer friend of mine. I feel like helping other young writers and some of the directors we have attached have just as much experience as I do, but just working with people that are on the cutting edge of independent genre cinema is really keeping me excited. I started my career just being an actress. I don't want to say "just being an actress," because it's been a great ride, but I thought that was all I was going to do, just play parts for the rest of my life.

When I produced my first movie with Jackson Stewart, Beyond the Gates, I really discovered how much I loved doing it and loved working on the whole process of putting together a story and making sure that the script is as good as it can be. You have the best actors you can, and you have as much money as you possibly can to put something together. It's been a really exciting thing for me to move into as far as producing. I've discovered that I really like it. I enjoy it as much as acting and it's definitely given me something else to look forward to and to work on for the rest of my career. I do want to continue acting and I'll never, never give that up because I want to be the Betty White of horror, and I want to continue to play all the grandmother roles. But to work with other people and help them realize their dreams and their movies and their stories, I'm excited to help other people complete their projects for themselves.

Barbara Crampton: I think you have to. I think you have to. I hear a lot of young filmmakers say, "Well, why doesn't somebody give me a chance?" And it's very hard for independent production companies to give anybody a chance. It doesn't matter who you are, because it's like you're inventing the wheel every single time you make a film. You really want to work with somebody—because the margins are so thin in making money these days—you want to work with people that you already know are tried and true and are going to create a good product. But, we also have to help people as much as we can come along.

I do feel like television is able to do that a little bit better. There's an infrastructure in television as far as supporting directors. So I feel like a lot of new young directors like Brea Grant and Axelle Carolyn and Roxanne Benjamin have gotten some really wonderful opportunities working in television. I feel like the whole genre is a little bit more supportive in that way because they can afford to be, because the infrastructure is there. I think it's very difficult with films, but we have to try. I have a couple of films in particular that are women centric and then I have another project that is in early development, that would create a lot of roles for a lot of women who are my contemporaries and my friends.

I've been fortunate enough to have a lot of really wonderful opportunities over the last couple of years, and I feel like some of my contemporaries who are amazing women actresses haven't had those opportunities. There are a lot of women out there that are older women that are really talented and we're wasting them by not using them before it's too late.There's one movie in particular that I'm really excited about working on. I have been working on it for a few months to give a lot of roles to some really spectacular women that are my friends and contemporaries. So, I'm all about lifting other people up and not just myself. 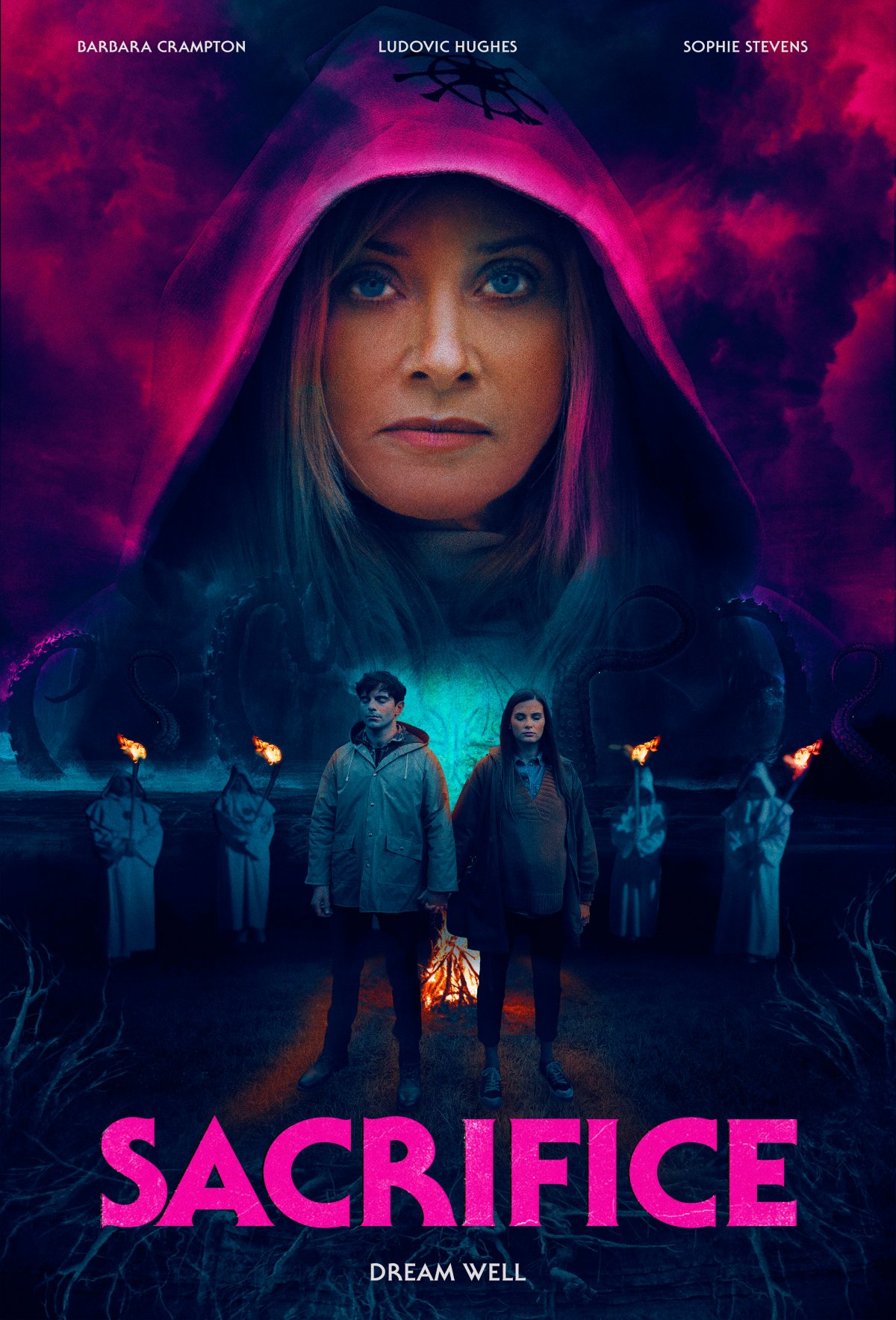