One of the franchises that means the most to me as a horror fan is Scream, which makes the upcoming sequel easily one of my most anticipated films in quite some time (probably since 2011 when Scream 4 was released). And while Master of Horror Wes Craven is sadly no longer with us, the series is in good hands with the directing duo of Matt Bettinelli-Olpin and Tyler Gillett (two-thirds of the Radio Silence filmmaking team), who are at the helm of this latest entry and are coming into the Scream-iverse with a sense of passion and reverence for all that has preceded their efforts on this new film.

Daily Dead was honored to participate in a recent virtual press day while Scream (2022) was still in production and had the opportunity to speak with both Gillett and Bettinelli-Olpin as well as with Chad Villella, executive producer and fellow Radio Silence member, and producer William Sherak. And while there was a lot they couldn’t really divulge about the new film, they were able to discuss how they’re planning on honoring the legacy of the Scream franchise and how they are handling fan expectations surrounding this fifth movie in the series.

Of course, there’s pressure whenever you’re making any movie, but a highly anticipated sequel in a franchise created by one of the most beloved figureheads of the genre world is something entirely else. But for Bettinelli-Olpin, once he and Gillett had a chance to read the script for the new Scream, he realized that instead of focusing on the immense amount of scrutiny that would undoubtedly follow them into the sequel, they should relish the experience and turn any negative energy into something more positive, especially since they’re both huge fans of the Scream series.

“I think honestly turning that into an energy is exactly the right way I think we'd describe it,” explained Bettinelli-Olpin. “That pressure could just be crippling, but we have a really great script. I was trying to find a cool word for it, but we have a great script that is just undeniable and it does everything you want in a Scream movie, looking back and looking forward. I still remember when we went and sat down to read it for the first time, and it was a super secret thing to read this script that Jamie [James Vanderbilt] had written with Guy [Busick], who wrote Ready or Not. This is one of our favorite franchises of all time. So, if it sucks, what do we do?”

“But the script was so fucking good and hit all of the notes that once that foundation was in place, we were able to use it as an energy and create this idea and get this ball rolling of how do we create a movie that pays respect to the past, that pays respect to what Wes [Craven] and Kevin [Williamson] created, but also manages to do something new? Which, at the end of the day, we think is the way to ultimately pay our respect the most, because that's what they did for us. They created something new. So to be able to do that, moving forward is just so exciting and to have all of the legacy cast involved and all of their input, and to be getting all the stories from everybody that worked with Wes, it's just really been a once-in-a-lifetime experience.”

“We've also had the best teachers in the films that Wes and Kevin made,” continued Gillett. “Going back and watching the franchise, knowing that we'd be involved in such a profound way, and watching those films as filmmakers and really digging into the commentary on those films and listening to interviews with Wes and Kevin, there was a huge amount of learning and a huge amount of work. We had to fill in the gap between fan and filmmaker, and to feel even remotely prepared to step into the role and grab that baton. We've had an insane amount of support around us as well. As Matt said, there’s the legacy cast, and then, of course, just all of the new cast that are involved. There's such a massive amount of love and respect for what we're doing. So, that fear and anxiety, it translates to excitement once you're around that energy, and we're having a really amazing time.”

With the legacy cast members of the Scream franchise all returning—Neve Campbell, David Arquette and Courteney Cox—it was important to Gillett and Bettinelli-Olpin to make sure that this latest film not only follows in the footsteps of its predecessors, but also connects to those stories in a logical way as well. According to Gillett, “We had this fear and Matt alluded to this earlier, going into reading the script, there's just so much weight in what those four movies are. I mean, this by the way also, it speaks to the legacy characters, the fact that there are so many characters that so many people want to know more about, want to have more story told about those characters. There is just a level of love and respect for the world that Wes and Kevin created. So for us, it felt like the only way to do this right was to create connectivity. A lot of it is also just naturally what the Scream movies are.”

“They're about lineage. They're about the evolution of pop culture and the evolution of the genre. You can't have something new without also giving a nod to what came before it, and paying respect and giving a bow to what allowed you to tell the story that you were telling, or the film that you love, doesn't exist in a vacuum. There are many things that came before it that influenced what it is. So for us, it just felt like that was the only right way to do it, was to have a connection to the past and to find a way to create new and interesting characters that would bring a new audience and an old audience together, and hopefully move the whole thing forward in a contemporary and terrifying and fun way.”

“To put it simply, if it was a completely new reboot, we wouldn't have been interested,” explained Villella. “But the fact that it is Sidney and Gale and Dewey and Judy [played by Marley Shelton], that's like, ‘Oh, cool. This lineage is what makes Scream, Scream.’ That's why the interest is there, and that's why we're very excited to be making it.”

“Every time we would ask about what was going to happen if Neve or Courteney or David didn't want to do it, or didn't want to come back, we wanted to know what we were going to do. The answer was always, ‘Don't think about it. We're going to figure it out. We all just have to think positively and just make this thing and not even entertain the idea of it being anything else,’” added Bettinelli-Olpin.

With the new Scream, fans can expect this installment to uphold the series’ legacy of gut-punch kills and purposeful violence that shocked audiences throughout all four previous films. According to Bettinelli-Olpin, “One of the things that we think Scream does so well, is that it feels like a popcorn movie. It feels like a fun, light intro to horror. But part of the reason that magic trick works is because the violence never holds back. They never shy away from what that actually is and what the effects of that are. And that's something that we've thought about a lot and hope to filter into this version of it as well.”

“One of the things that's unique to the Scream DNA, and that separates it from other slashers is how much you care about the characters,” continued Gillett. “So much of what makes the violence scary is that it's not a bunch of people you hate getting their karma fixed. It's characters that you feel for and you relate to, and sure are suspicious of, because there's obviously a whodunit element in it. But at the end of the day, it's not about just glorifying the death of a bunch of insufferable teenagers. These are real characters, and there's a nuanced conversation happening about their relationships and who they are. Ultimately, at the end of the day, that's what makes that violence scary. It's your connection to that character on an emotional level that makes it matter and gives it the stakes that make it matter.”

One other Scream tradition that was carried into this project was the secretive nature of the film’s story. Like many of the other movies in the series, the filmmakers decided to utilize multiple versions of the script to keep the sense of mystery alive for both the legacy cast members as well as the newcomers alike.

“There are multiple versions of the draft out there,” confirmed Sherak. “Most of the cast don't know if they have the right version or not. So, we've been playing that game with them as well. And I think the fun of a Scream movie is that everybody's guilty until proven innocent. It's not the other way around. So, the goal is to keep that going as long as possible and have fun with it.”

“One of the things we learn from the original Scream films or listening to Wes Craven’s commentaries and a bunch of interviews with Wes, is his attention to detail within every scene,” Bettinelli-Olpin said. “For him, it was figuring out how to use a subtle visual cue, or a subtle look, just a moment here to guide the viewer to think, ‘Oh, wait, maybe it's that person. Maybe it's that person.’ So, to continue that whodunit game throughout, for us, is one of the things that sets Scream apart from a lot of other movies, because it has that whodunit feeling, but it also has the slasher stuff, too. That is something that is just really exciting to us, especially with the cast of this size like you're talking about. There are more possibilities.”

Scream (2022) is a co-production of Paramount Pictures and Spyglass Media Group and will be in theaters on January 14th, 2022. 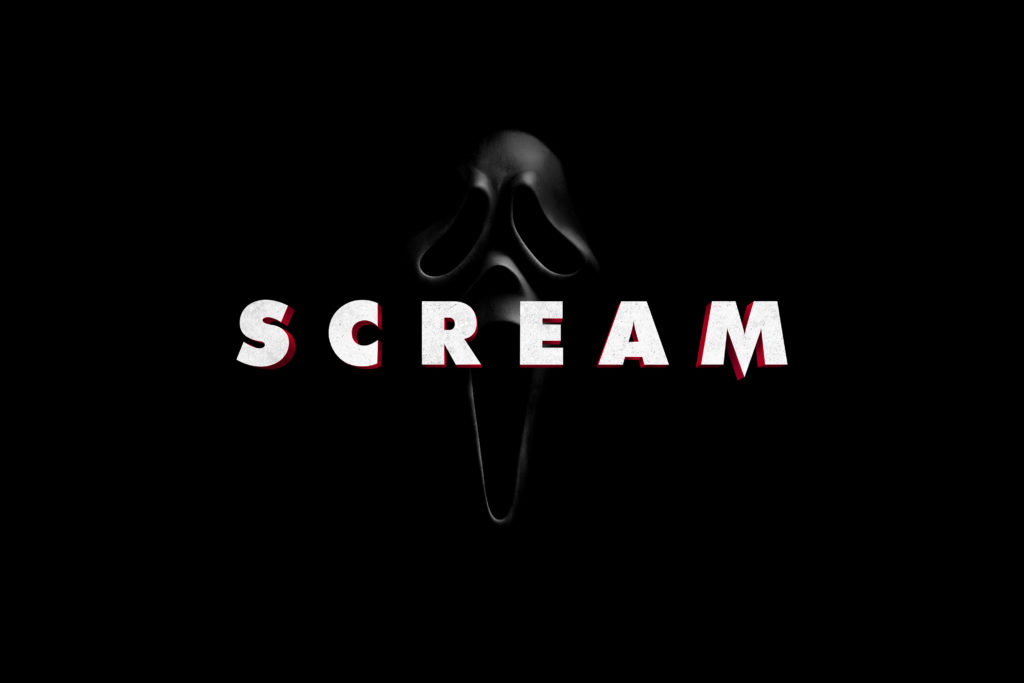