This past weekend, up-and-coming filmmaker Kyra Gardner celebrated the world premiere of her debut project, the Living with Chucky documentary, at the 2022 Popcorn Frights Film Festival. Featuring an array of talent from the Child’s Play and Chucky films, including Don Mancini, David Kirshner, Brad Dourif, Fiona Dourif, Jennifer Tilly, Alex Vincent, and Christine Elise (plus many more notable folks from the world of horror), Living with Chucky examines the impact of the landmark franchise on all those involved, including herself, as she is the daughter of legendary special effects artist Tony Gardner, who has been the driving force behind bringing Chucky to life for both the big and small screens ever since Seed of Chucky.

During our interview with Kyra, we discussed how a school project inspired her to set out to create the first-ever documentary centered around the world of Chucky, her experiences while working on the documentary, the lessons she learned along the way, and more.

Living with Chucky is currently making the festival rounds, so be sure to keep an eye out for it as more screening dates are sure to be announced for Gardner’s documentary in the near future.

So great to speak with you, Kyra. I was wondering if there was a certain moment when you were like, “I need to be the person telling the story of the Chucky films and what that experience is like for the people who've been associated with this series in various capacities over the years”?

Kyra Gardner: Yeah, I think that there was this moment where it hit me, because I had done a short documentary on this in film school that was called The Dollhouse. And because I only had seven minutes, it really just jumped right into the familial aspect of it, with Fiona's upbringing and mine both being very similar. But when I went to film festivals with it and it opened for Cult of Chucky at the time in London and Toronto, it was really the fans' response to this really intimate piece on a franchise they loved, that was amazing. And it was only seven minutes. That’s when I realized that they hadn't gotten something that was a full hour or two that was dedicated to this franchise before.

I had all this footage already, so I realized that I should just build off of this and make it into a feature because everybody's biggest criticism of the film was that it was so short. So, I thought that maybe I could do something that combines the personal connection to the franchise that I have while still making a documentary about the franchise itself. There's been behind-the-scenes interviews that they do for the movies and other interviews that they do with the press when things are coming out, but there's never been one place where it's all been consolidated. So, if someone wants to know about this franchise, it's almost like you have to go find all this stuff. So, I had this moment where I realized that I wanted to be the person to bring this all together so that everybody can learn about Chucky and also hear the personal side of it as well.

Because of your dad's involvement in the franchise, was everybody just really like an open book for you then?

Kyra Gardner: Definitely. In fact, I noticed that there were some things where people got way too comfortable and then they were like, “Wait, don't put that in there [laughs].” But the dilemma I had as a filmmaker was that some of the interview footage was from when I did some of the interviews several years ago for school, and I wondered if I should go back and film everything again properly with better lighting, but I realized that I wasn’t going to get the same candidness with these people that I did when I was just a film student making a project. I just didn’t know if I was gonna get the same interview twice and most likely I was not. But it was enticing for me as well because the person interviewing them was somebody who completely understands what they've gone through to make these movies happen, so I think everybody had their guard down.

Because this is something that started off as sort of a short doc and then evolved into a bigger project, what was that process like for you then as the storyteller who was guiding these projects?

Kyra Gardner: It was crazy [laughs]. It's been a very big learning process because my attitude at 19 was just like, “Okay, I'm gonna go make a feature now, but I didn't do any prep work on the front, where maybe I should get funding and do this properly. But because I had that personal connection and I had a camera, I have people who can film with me for no money and I can just go get this footage and make it super indie, so why would I wait [laughs]? It was just one of those things where everything came together where I was still collecting interviews while I was in film school.

For example, Alex Vincent lives in Florida, and I was in film school at FSU. So one weekend, I just went on a road trip down to Alex's music studio and interviewed him. And with Jennifer Tilley's interview, there was a hurricane in Florida, so I came back to L.A. and at the time, she was doing the red carpet for Halloween Horror Nights, so I did a quick interview with her there. So it was just the process of getting interviews with more people from the franchise, get it all collected and see what I can make of everything. I had a rough cut of everybody in the Chucky franchise and then somebody had suggested to me some outside perspective of people still in the horror genre but not necessarily in the franchise, too.

Also, I had an editor from Sony come in and look at the film and help me polish it up and work some kinks out. I was working with a professor of mine from FSU as well, but this was something that I just really wanted to do. And even though I didn't know how to really make a feature and get it out there, I just went and did it anyway. And now I've learned so much. But I will never do it the way I did it again. It was way too hard.

Going through this process, were there things as you were talking to other people and thinking about your own experiences that change your perspectives at all about this series and its collective influence over the lives of everyone involved?

Kyra Gardner: What was interesting was that, in my childhood, because I'm an October baby, Chucky was always at my birthday parties. My birthday parties were always Halloween-themed, and ​​I thought I had this singular experience growing up of Chucky being at my birthday parties and stuff like that. But when I was talking to Fiona and Brad, it was the same thing with them, where they had a Good Guy doll that they would hang from the ceiling every year. And it was just so cool to have somebody who knows what this singular experience is like, because not everybody has a legitimate Chucky doll from the movie just hanging around their house.

Also, Brad is Chucky, yes, but the physical performance of that character is my dad, so sometimes I view my dad as Chucky in a sense. I guess that was an “A-Ha!” moment for me in doing the documentary because my dad and Brad don't really work directly with each other as much as I thought. I never realized how much the puppeteers really are Chucky in a sense because they are doing all the visuals that you are seeing of him in these films, and then Brad's honing in everything they’re doing with his voice. That was an interesting moment to see how it all came together.

But the biggest takeaway was that I had never really talked with Don Mancini before. I met Don Mancini briefly before this documentary because I helped puppeteer on Chucky reshoots in L.A., ​but I didn't have a chance to really talk to him then. Also, I had never met David Kirshner, the executive producer, so that was just this amazing moment of really meeting all these people who care so much about these movies that they've created together. The way David Kirshner talks about how much he cares about the franchise and what he likes to explore within it and how much he values all these other people, that's so rare in Hollywood. Everyone involved in this series just all genuinely cares so much about each other and this thing that they've done together, it was great to explore that. I thought I was pretty unique coming into this project, but I'm realizing that I am part of this bigger family that's all grown together and had pretty much the same experience that I have. It’s pretty amazing. 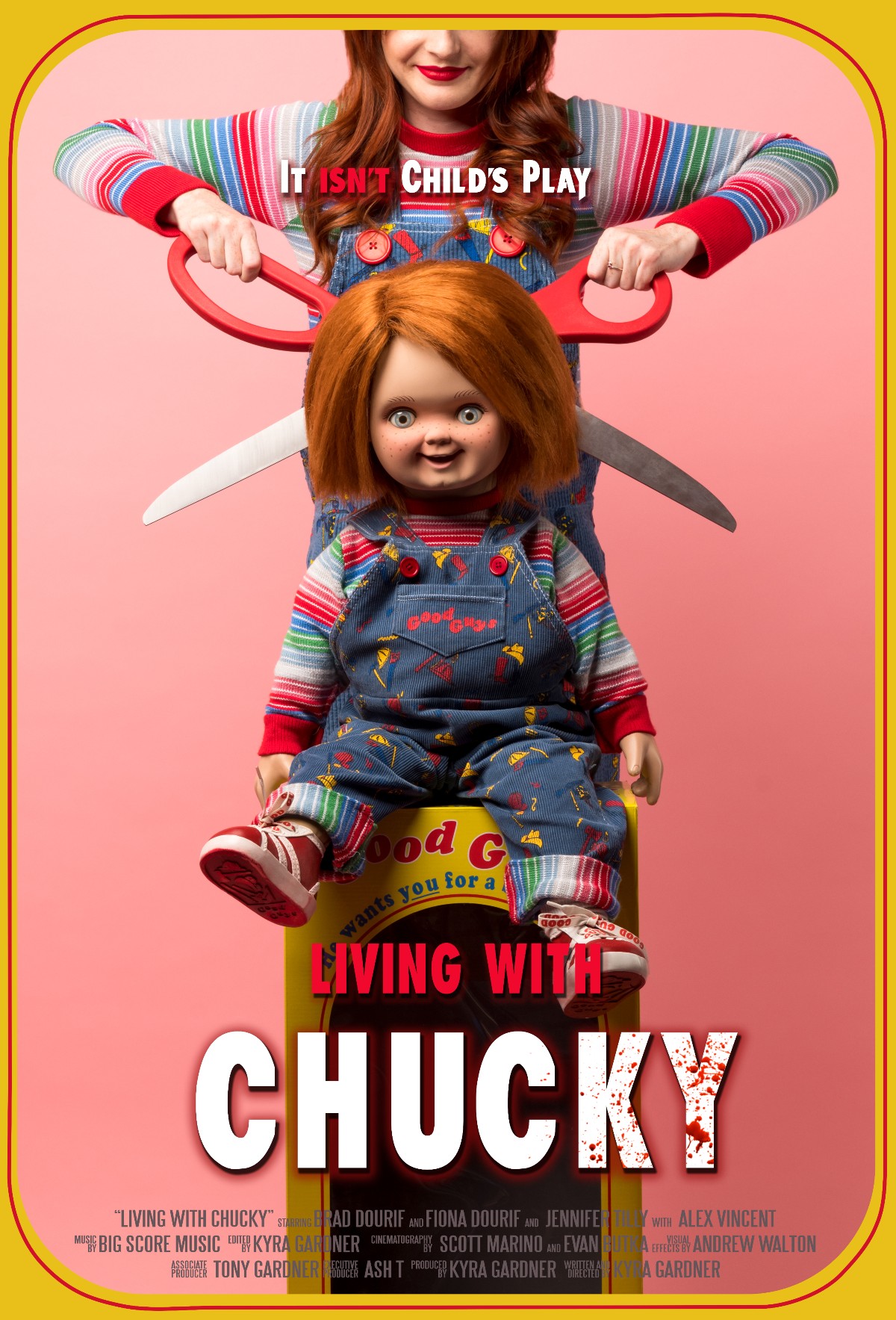