Lukas Feigelfeld’s directorial feature debut Hagazussa releases on limited edition Blu-ray from Arrow Video on May 11th. The story is set in the Alpine mountains at the turn of the 15th century, where mother and outcast Albrun (Aleksandra Cwen) suffers the deep-rooted superstitions and misogyny of her community. Haunted by the death of her own mother and abused by her society, Albrun’s pursuit of self-empowerment brings her into contact with a foreboding evil.

Feigelfeld and cinematographer Mariel Baqueiro spoke with Daily Dead about their film that created a buzz on the festival circuit in 2019 and was hailed by critics as a standout horror film. The pair spoke about not deliberately intending to make a genre film, how it began with feelings, images and sound, and holding onto the vision across a two-year shoot.

Why film as a means of creative expression? Was there an inspirational or defining moment for you personally?

Lukas Feigelfeld: I always felt it was a necessity and I would go mad if I didn’t, especially when you make horror films, or when you deal with more sad or desperate themes. For me, it’s ultimately a form of therapy [laughs]—it just has to come out somehow. I’m aiming to be able to share this creatively with other people, to share what’s down in the depths by getting it out and onto a screen.

Mariel Baqueiro: It was the same for me, but instead working aesthetically. I was never interested in developing my writing skills or working with actors, but movies and cinematography are important as a way of communicating something. So for me, it’s the best tool to go along to the edit with a director, to join the whole idea that he or she has.

It’s difficult to not be influenced by other filmmakers because cinema is a shared language created through universal and a limited number of archetypal stories. How does genre influence you and do you actively attempt to push at the boundaries to expand the language?

Lukas Feigelfeld: I’ve always been a genre fan, but I always try to aim away from the label or to even differentiate between genre films and non-genre films. If you have a fairy tale, then that is obviously a genre film, or if it’s science fiction, but I’m more interested in let’s say a real fantastical approach, like a dream that to us is just as real in our perception as it is outside—there is a reality to this surrealism and subconscious feeling that we have.

Mariel Baqueiro: In the case of Hagazussa, we were working in a naturalistic way, using specific lights and not using flashy camera movements, so that added a little to the realism of the story.

Lukas Feigelfeld: I don’t necessarily see this as genre anymore, I just see it as a subconscious, dreamlike approach to filmmaking that interests me. And what you said before about inspiration and universal storytelling, when you look at directors that greatly inspired this movie like [Andrei] Tarkovsky, and you look at movies like Mirror, you see where these boundaries between the realism and the dreamlike or fantastical elements can swim together to become one, become something new. This is what defines a good film for me, and if this is still a genre film, it’s not what’s important for me.

What was the genesis of Hagazussa, and what compelled you to believe in this film and decide to tell this story at this particular point in time?

Lukas Feigelfeld: Part of my family comes from this rural area in the mountains, and very early on I was confronted with its nature and folkloric elements: the darkness of the woods and these old pagan rituals that are so persistent there. It had a big impact on me and I carried this very dark, but also very beautiful and scary element with me, and at some point I decided that I would like to exorcise this theme.

Through research it became much bigger, more about how women were being persecuted in those times, and what kind of trauma can lead to psychosis, to a woman coming to this terrifying moment of eating her own child in a manic state.

I didn’t necessarily want to make a horror film, I wanted to deal with this topic whether it became a drama or a horror. I always start out with feelings, visual input, and music, and I feel the whole sentiment of the movie and of the script was already done before the writing began, and the story builds itself around it.

The relationship between the director and cinematographer is an important one. How would you describe your collaboration, and were there moments where the world of the film was opened up in new ways through Mariel’s visual eye that were unexpected?

Mariel Baqueiro: Lukas and I have been working together since the small projects we did together at film school. For Hagazussa, it was luckily a long process, and I say luckily because most of the time you don’t have that much time to prepare, to get to know the director and to become involved with all the other departments; to talk about the film, fantasise about it, and share movies and music. This work was very deep and enjoyable, and Lukas would have his specific ideas for framing the shots and I would just try to add to them to find a language for the whole film.

Lukas Feigelfeld: Mariel was a part of writing the first pages of the script. It was a long process of getting a feeling for what this film should be. As we’re very close friends, it’s a symbiotic way of filmmaking for us and I see her on set more as a partner in crime than somebody who works for me. I feel like we know what we like from each other and there’s no limits in saying, “This is shit now,” or, “This is better, let’s do it like that.” If you have this trust in each other, then it’s worth a lot.

I have to say that a lot of images were already written into the script, and it needed to be like this because I wrote the script around certain locations knowing we could do shots there. This was gold for the whole production because we also didn’t have any money. It was an extremely low-budget film, but we knew how to place the camera and do the shots in the right way so it wouldn’t look like that.

The camera and sound are tools you use to create atmosphere and tension, but is one of the challenges knowing their limitations in a form that relies on themes and ideas?

Lukas Feigelfeld: Every aspect of filmmaking has to fit in with the other aspects. You’re going to fail if you have a great camera, but shitty sound or vice versa, or bad actors yet you have the best crew in the world. It just doesn’t work like this because for me everything has to be on the same level, and when there’s understanding, and when as a director you are able to put these parts together to know what sound in a scene can fit to what image, and not to see them as different entities, then it becomes much easier. Or it’s at least the final goal to create this symbiotic film.

The creation of tension, that came very early on in the writing process because I must come to it in a very meditative state. When the main story is set, I try to feel myself into every scene and figure out what is spooky or terrifying, or what the joy is. Whatever the aspect of the scene is, close your eyes and sit there for two hours and go over it in your head. If you do it well, then you come to a point that you understand what the tension is and then you try to synthesise it, and explain it to your actors and crew. Only if everybody understands what these scenes mean and what you want to achieve, can everyone pull on the same string.

Filmmaker Christoph Behl remarked to me: "You are evolving, and after the film, you are not the same person as you were before." Do you perceive there to be a transformative aspect to the creative process?

Lukas Feigelfeld: We’d been shooting for two years in total and we had many little blocks—there were always weeks or months in between. The initial vision has to remain because if you start changing your film just because you feel differently about it, even if it’s terrifying because you’ve realised you’re doing something wrong, then it’s just going to become a mess. It’s very important to have your concrete vision and to follow it with discipline to make it this one symbiotic thing. But it’s important on set to be able to improvise a little to see what happens. We were shooting in the mountains and it’s a very particular space because nature is dominant there—you’re the foreigner on the mountain because it has its own rules and it’s going to do with you whatever it wants, and we learned that for sure

Mariel Baqueiro: The vision has to be there until the end, but in the technical matters of course we changed things along the way. We were shooting over the course of two years, and when we saw the first part we learned things that we then wanted to change for the second part of the shoot. But that’s only in terms of the technical part—how to shoot it better.

The vision and what you want to say has to be there to make it one thing and not just a mishmash. We all have to learn and mostly from the mistakes, and there are those that you don’t want to repeat again, but there are also some notes that you’re going to use forever, and so you have to learn through all of your projects. 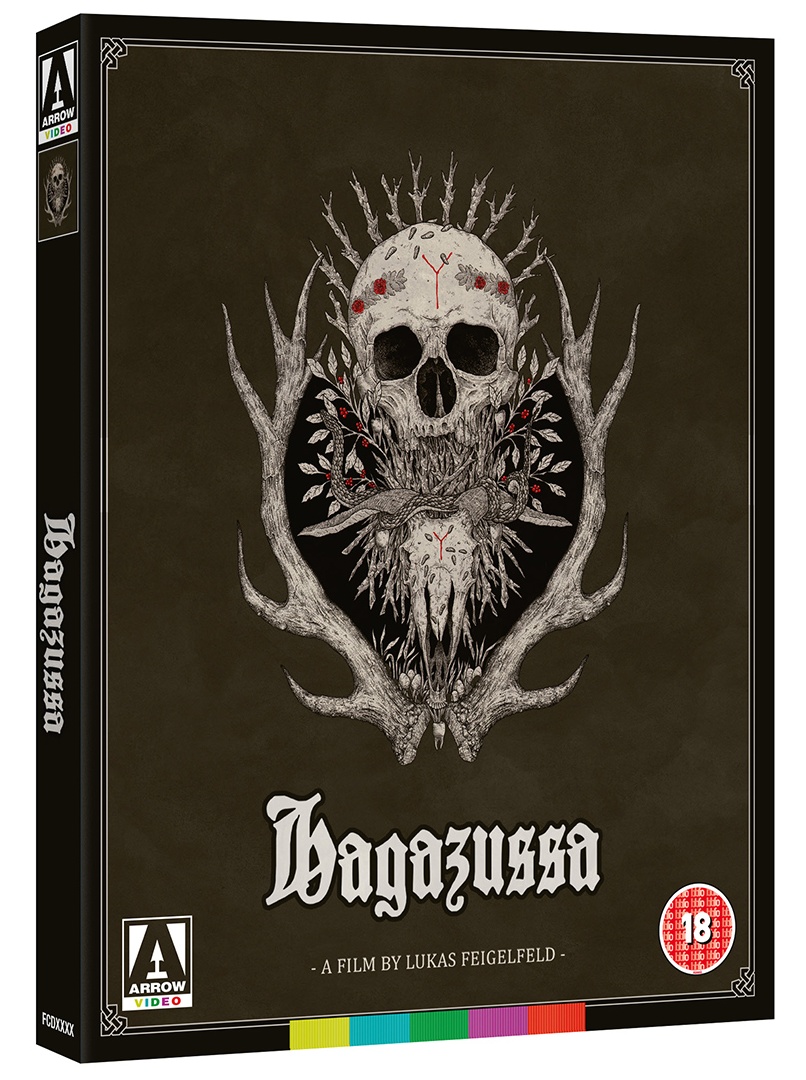