Opening in theaters on October 30th, we have a limited number of Daily Dead readers to attend the virtual premiere!

"Newcomer Azhy Robertson stars as Oliver, a lonely young boy who feels different from everyone else. Desperate for a friend, he seeks solace and refuge in his ever-present cell phone and tablet. When a mysterious creature uses Oliver’s devices against him to break into our world, Oliver’s parents (Gillian Jacobs and John Gallagher Jr.) must fight to save their son from the monster beyond the screen. The film is produced by The Picture Company for Amblin Partners."

Join us for the virtual premiere of Come Play on October 28th @ 6:00PM PST. The screening will be followed by a Q&A with the director and cast.

We have 20 tickets available! To RSVP, all you have to do is visit the link below and sign up before we run out of tickets! 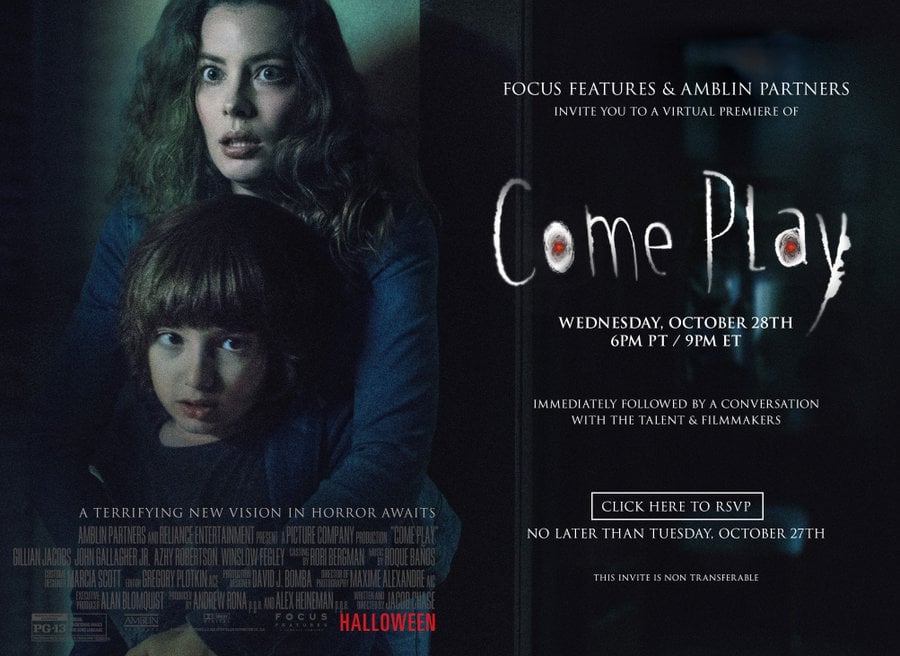 In a little over two hours, some of your horror faves are playing Among Us to raise money for #Gaylyhelpful2021 and, well, to have fun. (@bjcolangelo and guests tagged in the photo) 6 PM Pacific / 8 Central / 9 Eastern.

Tonight's Exam is dedicated to the memory of Frank Acevedo and sponsored by his good friends at The NY Horror Movies Meetup Group.
We lost frank to Covid-19 earlier this year and, in honor of a friend and fan taken far too soon, are celebrating his love of creature features.