Hello, everyone! I hope you all had a great holiday weekend (or regular weekend for those of you outside of the States). We’re back today with a brand new round-up of horror and sci-fi home media releases that are headed home today, and it includes quite the array of titles. One of my favorite movies of the year - Everything Everywhere All At Once from The Daniels - is being released to 4K as well as Blu-ray and DVD and if you’re looking to indulge in even more 4K entertainment, Edge of Tomorrow is also getting the 4K treatment, too.

Kino Lorber is keeping busy this week with an array of classic titles headed to Blu, including Tarantulas: The Deadly Cargo, Ants! (aka It Happened at Lakewood Manor) and Terror Out of the Sky (aka Revenge of the Savage Bees), and IFC is also releasing Ruth Paxton’s A Banquet on Blu-ray and DVD today as well.

Other releases for July 5th include Baby Oopsie, Final Caller, Silent But Deadly (which is quite possibly the greatest name for a movie, let alone a movie about a killer mime), Gore Grind, They Talk and Final Caller.

A mother is radically tested when her teenage daughter insists a supernatural experience has left her body in service to a higher power. 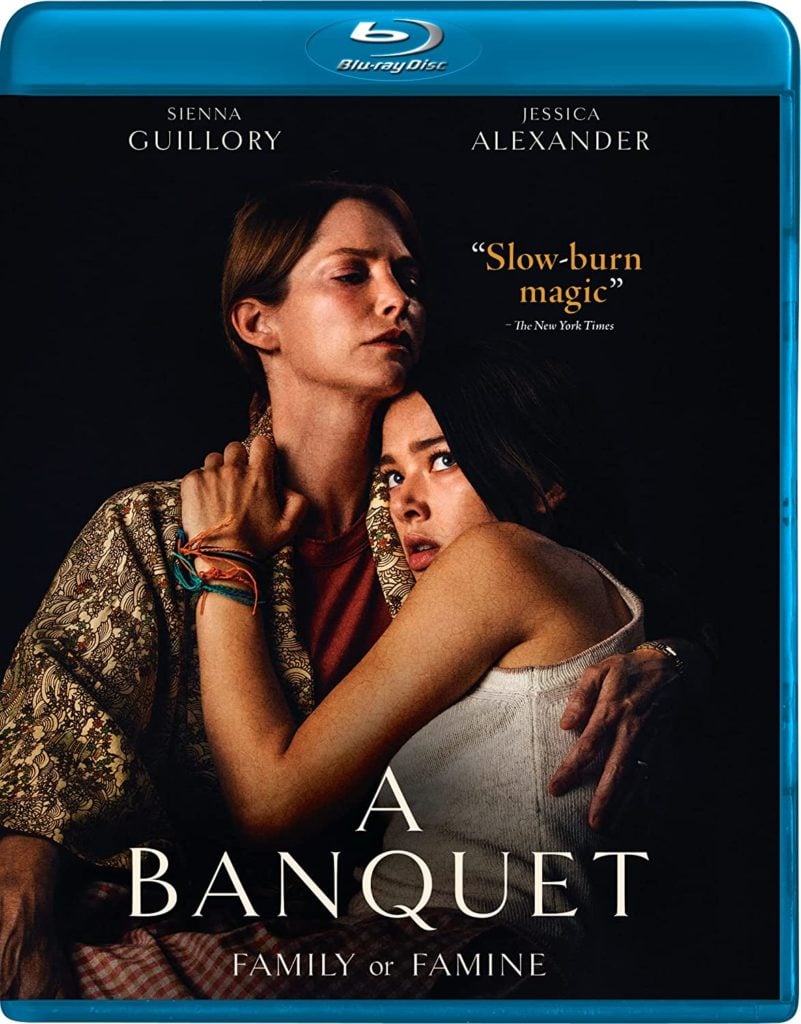 Ants! (aka It Happened at Lakewood Manor) (Kino Lorber, Blu-ray) 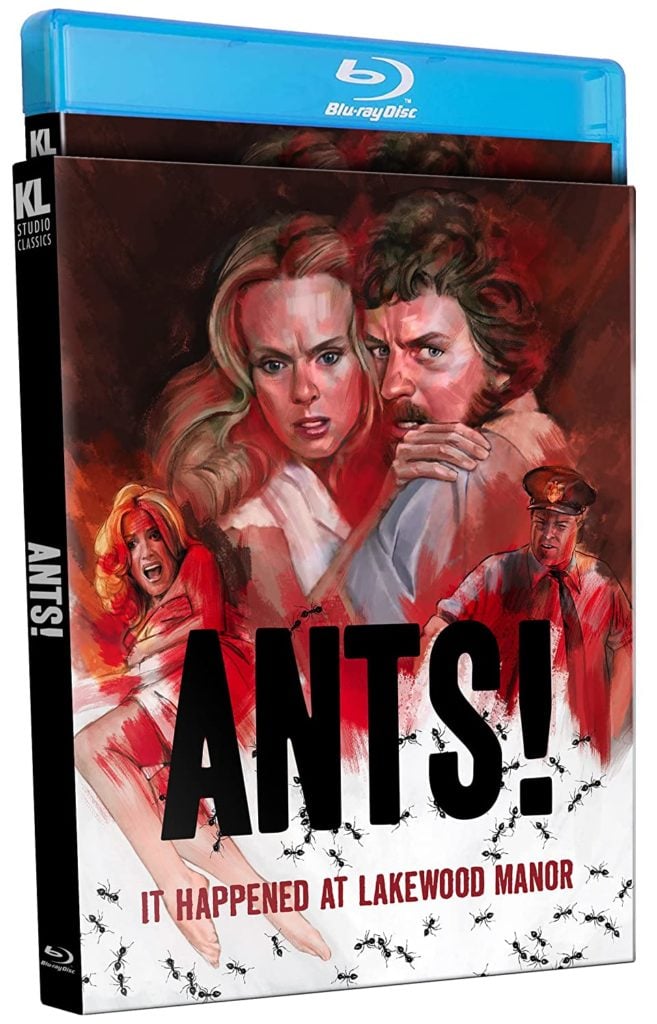 Sybil Pittman's only joy in life is her massive doll collection. Every day, she locks herself in her basement, broadcasting her doll restoration vlog all by herself, that is until the remnants of the dreaded Baby Oopsie comes into her life! After carefully restoring the doll, Sybil comes to realize that the tiny terror is alive...with murder and mayhem on its mind! 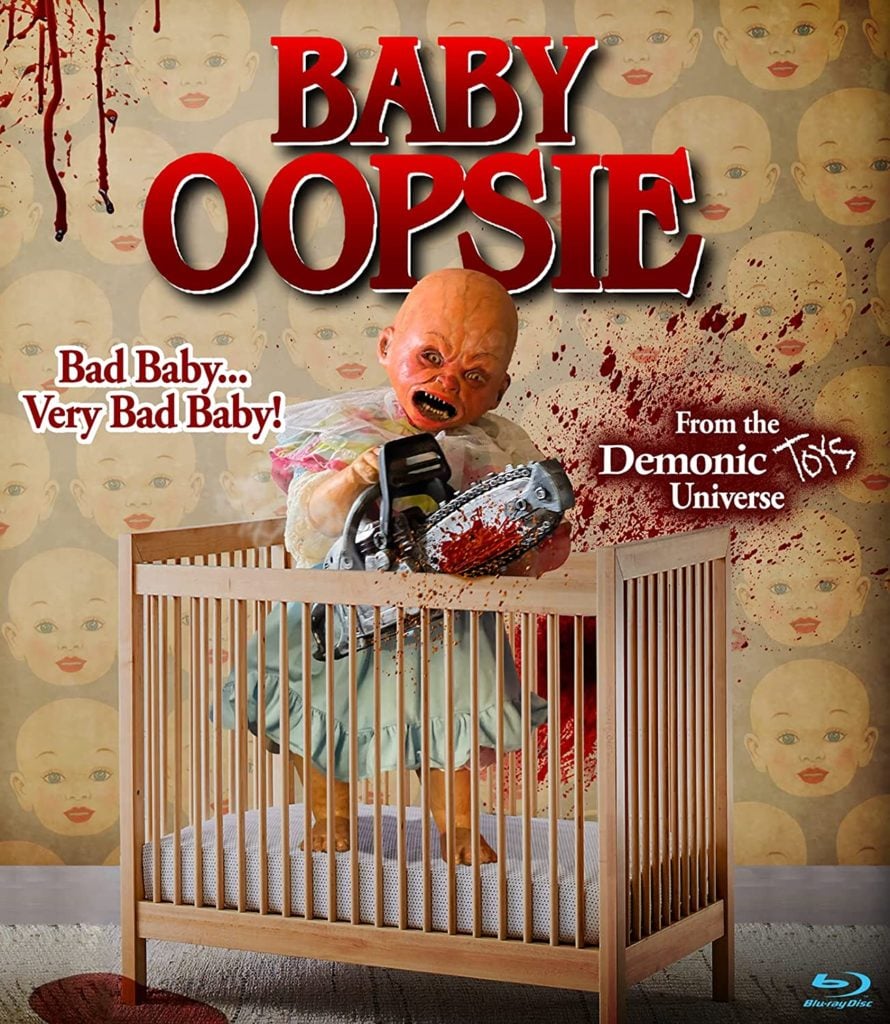 An alien race, undefeatable by any existing military unit, has launched a relentless attack on Earth, and Major William Cage (Tom Cruise) finds himself dropped into a suicide mission. Killed within minutes, Cage is thrown into a time loop, forced to live out the same brutal combat over and over, fighting and dying again and again. Training alongside Rita Vrataski (Emily Blunt), his skills slowly evolve, and each battle moves them a step closer to defeating the enemy in this intense action thriller.  ​ 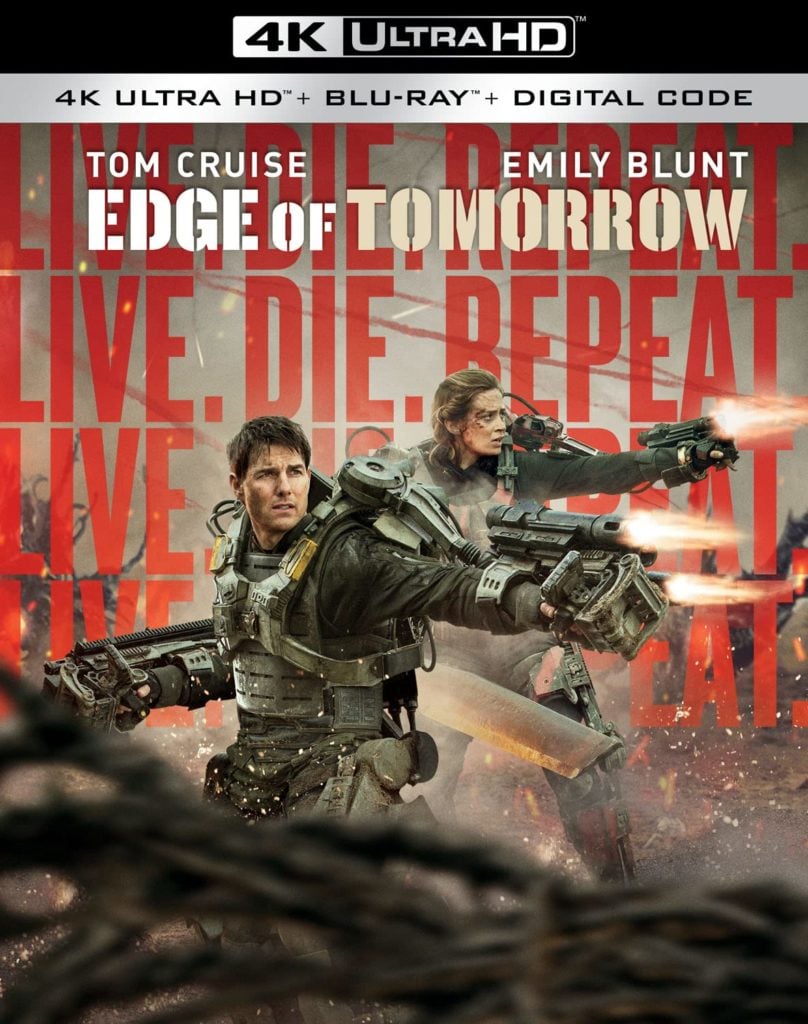 A hilarious and big-hearted sci-fi action adventure about an exhausted Chinese American woman (Michelle Yeoh) who is swept up in an insane adventure across the multiverse. 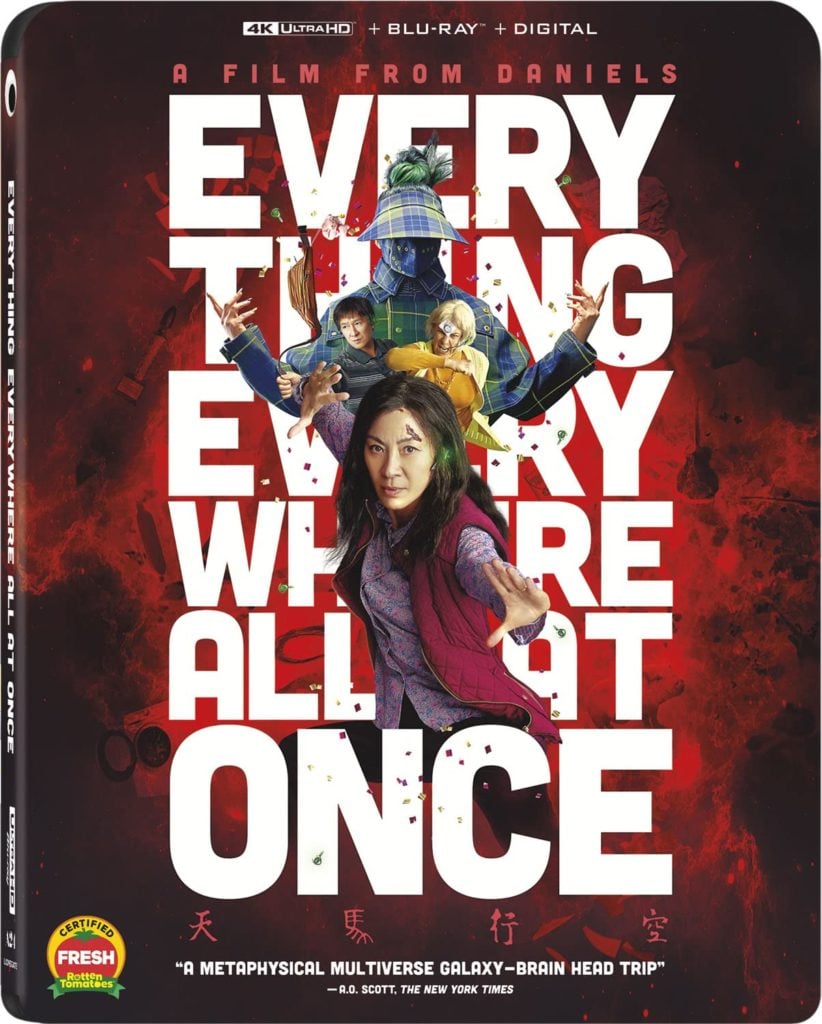 A skin-crawling tale of terror begins when two Americans fly down to Ecuador to pick up a load of premium coffee beans. Unbeknownst to them, the cargo contains hundreds of lethal stowaways: gigantic, venomous tarantulas. When the plane crashes in a small California town, the furry fiends escape and wreak havoc on the unsuspecting inhabitants. Beware of the chilling arachno-horror that lurks within Tarantulas: The Deadly Cargo. Claude Akins (Tentacles), Charles Frank (The Right Stuff), Deborah Winters (The People Next Door), Bert Remsen (Code of Silence), Pat Hingle (The Falcon and the Snowman), Tom Atkins (Halloween III: Season of the Witch) and Howard Hesseman (Honky Tonk Freeway) are among those victimized by the eight-legged evil. Directed by TV and Film veteran Stuart Hagmann (Believe in Me). 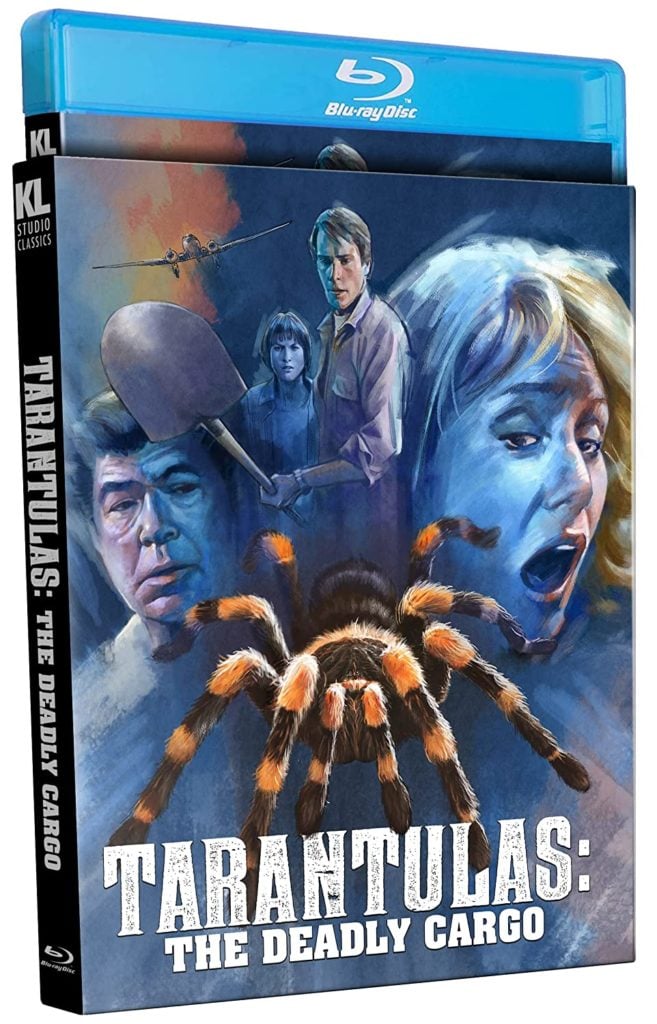 Terror Out of the Sky (aka Revenge of the Savage Bees) (Kino Lorber, Blu-ray)

In this suspense-drenched followup to cult-favorite The Savage Bees, National Bee Center honcho David Martin is horrified to discover that a bloodthirsty swarm has infiltrated the research facility. Knowing that these downright deadly drones will attack relentlessly and unpredictably, he recruits his assistant Jeannie Devereux and her jealous boyfriend to help annihilate the killer bees before they descend upon Smalltown, U.S.A. The stinging menace strikes again in Terror Out of the Sky, a.k.a. The Revenge of the Savage Bees. Leading the counterattack against the invasion are Efrem Zimbalist Jr. (TV’s 77 Sunset Strip), Dan Haggerty (TV’s The Life and Times of Grizzly Adams), Tovah Feldshuh (TV’s Scream, Pretty Peggy), Lonny Chapman (TV’s The Screaming Woman), Ike Eisenmann (Escape to Witch Mountain), Charles Hallahan (Silkwood), Richard Herd (Wolf Lake), Steve Franken (Avalanche) and Philip Baker Hall (Cradle will Rock). Directed by TV and Film veteran Lee H. Katzin (Le Mans). 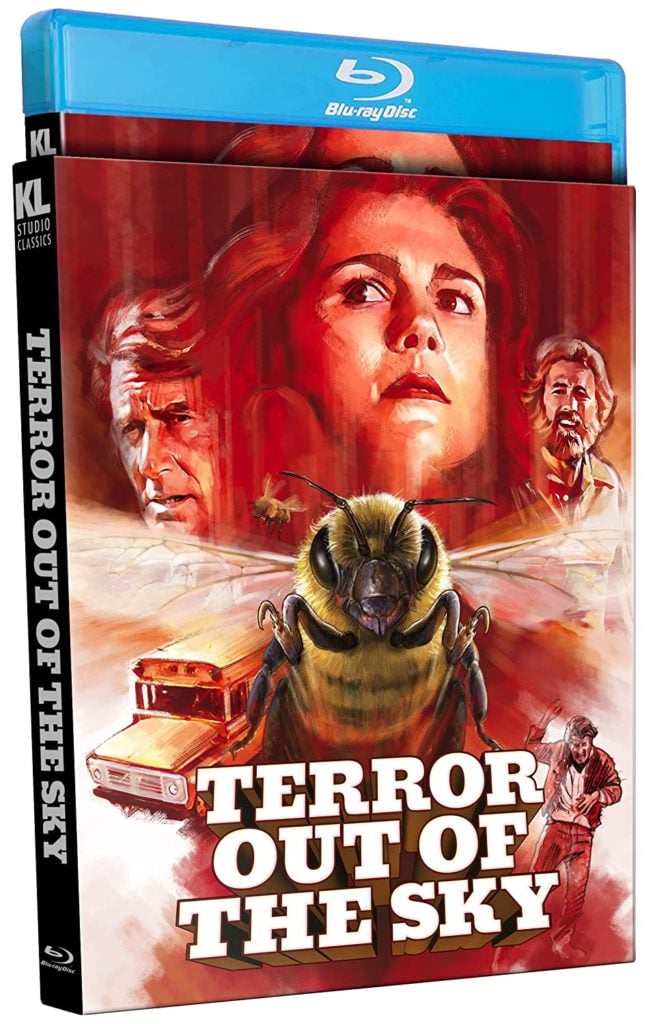 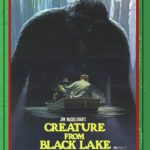 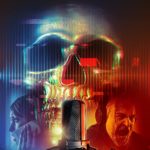 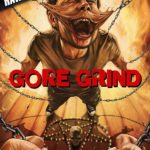 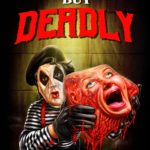 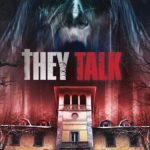