In addition to being one of the co-hosts of Corpse Club and the Managing Editor of Daily Dead, Heather Wixson is also an amazing author, and on this episode of Corpse Club, she joins co-host Derek Anderson to discuss her new book, Monsters, Makeup & Effects: Conversations with Cinema’s Greatest Artists: Volume 2, which is now available from DarkInkBooks.com (along with Volume 1)!

Listen as Heather discusses how her new book celebrates 20 more amazing special effects artists behind some of the most iconic creations in horror and sci-fi cinema, from Chris Walas' mischievous monsters in Gremlins to Michèle Burke's bold designs for Bram Stoker's Dracula to the enduring legacy of the late, great John Carl Buechler, who helped many special effects artists build their careers while bringing his unique style as an effects artist and director to Friday the 13th Part VII – The New Blood and many other movies!

Looking for more scary good Corpse Club content? Be sure to check out our Corpse Club website and memberships. Not only can you view past episodes, but you can also sign up to be an official Corpse Club member to enjoy a wide range of rewards, including a shirt and pin that are to die for, access to bonus content, and the ability to suggest an episode topic!

Missed out on our previous episodes? Don't despair, our entire backlog is waiting for you on our website!

Listen via Our Online Player:

Monsters, Makeup & Effects: Conversations with Cinema’s Greatest Artists: Volume 2: After the tremendous success of Monsters, Makeup & Effects: Conversations with Cinema’s Greatest Artists: Volume 1, Dark Ink couldn’t be more excited to announce that Volume 2 will be available October 26th.  The second in the four-volume series from journalist Heather Wixson celebrates both the makeup effects industry as well as the artists who have thrilled millions of movie lovers around the world. Volume 2 features another 20 in-depth conversations with some of the most talented and imaginative minds in Hollywood.  Along with a special tribute to John Carl Buechler, this edition features Academy Award winners Christopher Nelson (the Halloween franchise, Suicide Squad), Phil Tippett (Jurassic Park, the Star Wars franchise), Michèle Burke (Interview with the Vampire, Bram Stoker’s Dracula), Kazu Hiro (Darkest Hour, Men in Black) and Chris Walas (David Cronenberg’s The Fly, Gremlins) as well as many other brilliant creative forces from the world of special effects.

“The outpouring of adoration for Heather’s first volume has been amazing, we can’t wait for this next one to get into the hands of film fans!” said Michael Aloisi, owner of Dark Ink.

“The Monsters, Makeup & Effects series has been a years-long labor of love and I’m incredibly thrilled to introduce movie fans to even more FX artists with this second volume. As someone who has spent her entire life being enamored by the magic and artistry of special effects, I hope that readers will come away with a new love and appreciation for these artists’ work, determination and dedication that helped make the impossible possible on both the big and small screens,” said Heather Wixson.

Gizmo. Michael Myers. Hellboy. Predator. Pinhead. Twisty the Clown. Spielberg’s dinosaurs. Brundlefly. This is just a sampling of the iconic characters that have continued to thrill fans both on the big and small screens for decades now that you’ll read about in Monsters, Makeup & Effects: Volume 2. For this second installment of her ongoing interview series, journalist and FX historian Heather Wixson celebrates the lives and careers of 20 more special effects artists who have left their indelible mark on the world of entertainment, and many are still working hard in the industry today.

Featuring in-depth conversations and hundreds of behind-the-scenes photos, Monsters, Makeup & Effects: Volume 2 furthers the exploration of the influence felt by the work of these brilliant artists whose ingenuity and creativity were behind the creation of so many seminal creatures and characters that have captured our imaginations, left us in awe and genuinely excited us as moviegoers. In simpler terms, these are the artists who were able to make the impossible possible, and these interviews are a celebration of all of the incredible contributions that these artists have made throughout their careers and the passion that has fueled their creative endeavors, both inside and outside of the makeup studio.

And a tribute to John Carl Buechler 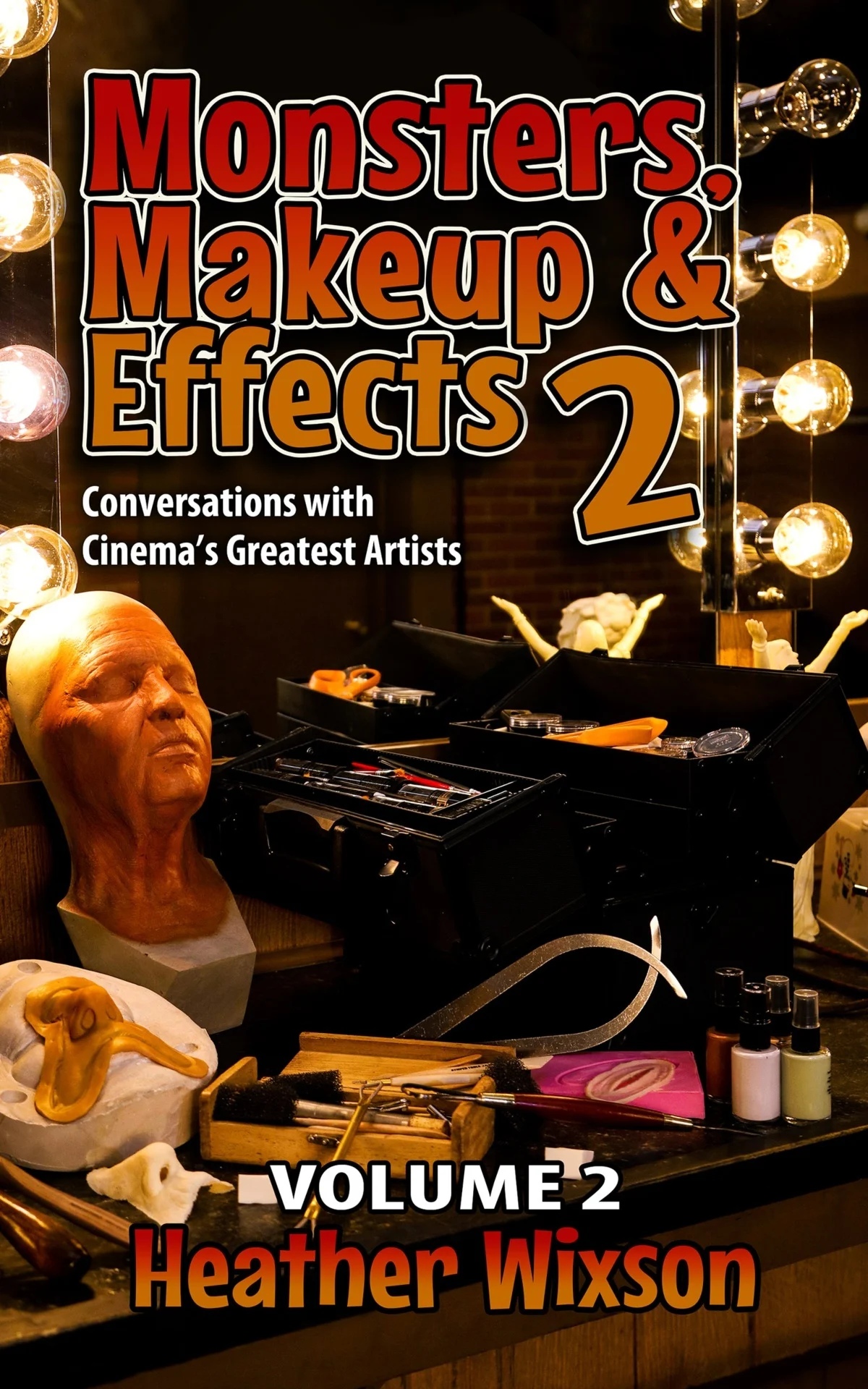