Thirty years after supposedly coming into contact with an extraterrestrial, Carl Merryweather looks to reunite with "the Skyman" in the official trailer for the latest movie from Daniel Myrick (co-director of The Blair Witch Project).

Synopsis: "In 1987, just days after his 10th birthday, Carl Merryweather rocked the local news community when he claimed he was visited by an extraterrestrial life form. Despite other alleged sightings reported that same evening, skeptical authorities shrugged off the claims. Now, almost three obsessive decades later, Carl is set on a mission to reunite with the being he calls ‘the Skyman’ to not only prove the skeptics wrong but to ultimately find his own true sense of purpose. Through first-hand home videos interwoven with news footage and interviews, Skyman is a bold and compelling study of the fascinating and unquestioning world of UFO subculture." 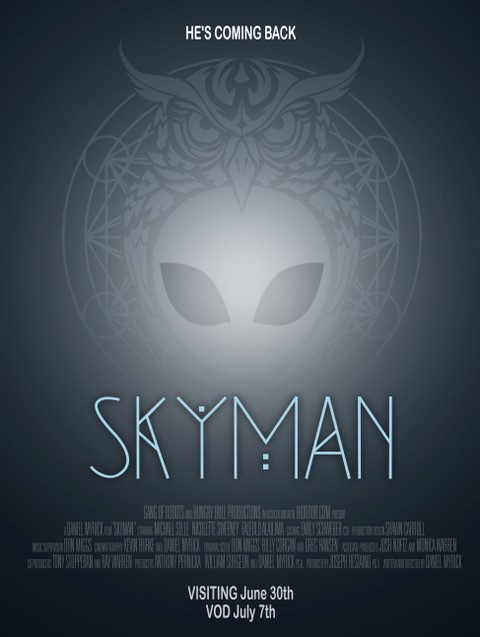